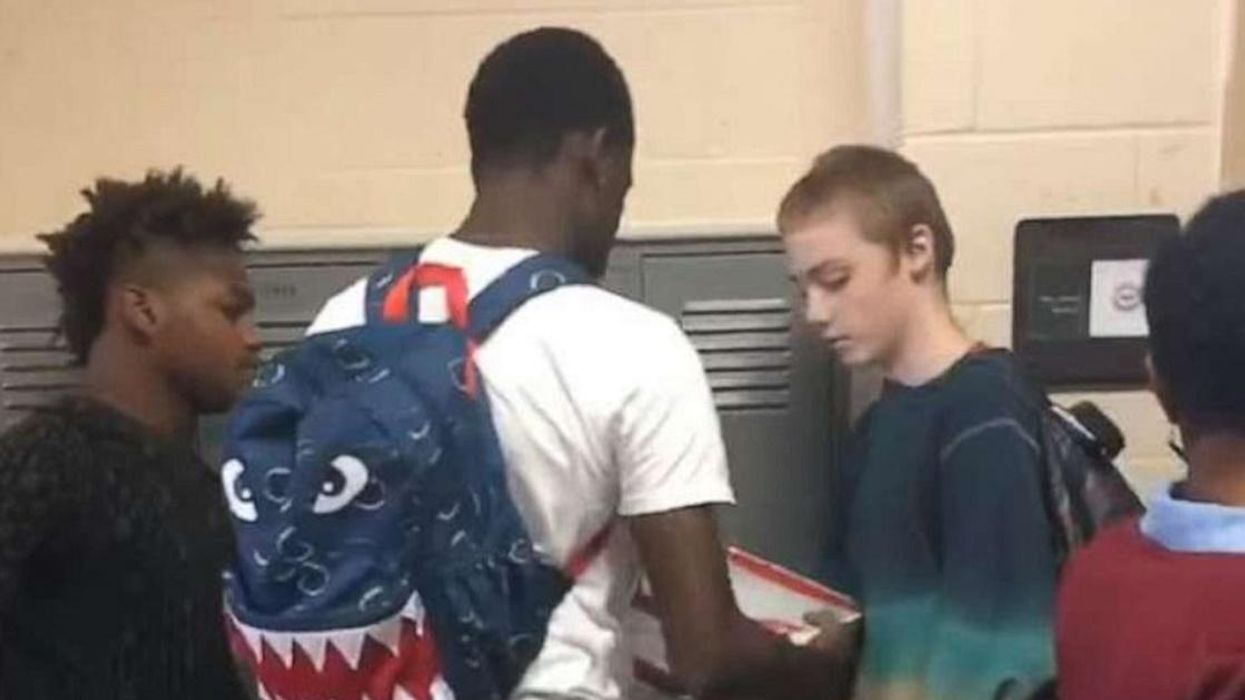 When Michael Todd started his freshman year at MLK prep school in Memphis, Tennessee two years ago, he only had one outfit to wear to school. High school kids can be incredibly cruel and Michael was mocked for three weeks for wearing the same clothes every day.

“I really don’t have clothes at home,” he told KTVI. “My mom can’t buy clothes for me because I’m growing too fast.”

Kristopher Graham, a football player at MLK Prep, thought the bullying had gone too far and wanted to do something to help. “When I saw people laugh at him and bully him, I felt like I needed to do something,” Kristopher said. He texted his friend Antwan Garrett asking for help.

The next day, Michael was taken out of third period and when he stepped out of the classroom he was approached by Kristopher and Antwan. He froze with nervousness when he saw the two football players stopped him by the lockers.

“I want to apologize to you for laughing at you and I want to give you something to make it up,” Kristopher told Michael. The football players handed Michael a gift, bags full of shirts, shorts, and shoes.

“I’ve been bullied my entire life.” But getting the gift was “awesome,” he said according to USA Today. “The best day of my entire life, basically.”

Video of the gift exchange went viral and has been seen millions of times. A few weeks later, the three teenagers were invited to appear on “The Ellen DeGeneres Show” where they were greeted by Will Smith who gave them $10,000 each.

Antwan plans to use the money for trade school to become a diesel engine mechanic and Kristopher wants to invest his portion.

Antwan helped Michael because he understood what he was going through.

“We weren’t expecting the video to go viral. We just wanted to make a change,” Antwan said according to Commercial Appeal. “I know how it feel not to have nothin’. I don’t have much, but it made me feel better by seeing somebody else have. I haven’t had like the best of life. Everybody struggles.”

“My life has changed from sleeping in a house without no lights. With what is going on the outside affected me in school,” Antwan added. “I didn’t want to be in school. I wanted to help Michael and make him happy and it made me happy.”

The good deed was also commemorated by the Memphis City Council who honored the teens with a resolution and a round of applause.

Kristopher and Antwan are wonderful examples of what can happen when teens are taught that they have a responsibility to one another. While countless kids mocked Michael for something well beyond his control, they saw his plight as an opportunity to drastically change his life by taking action.

Just imagine if everyone saw others’ misfortune as an opportunity to help instead of judge.