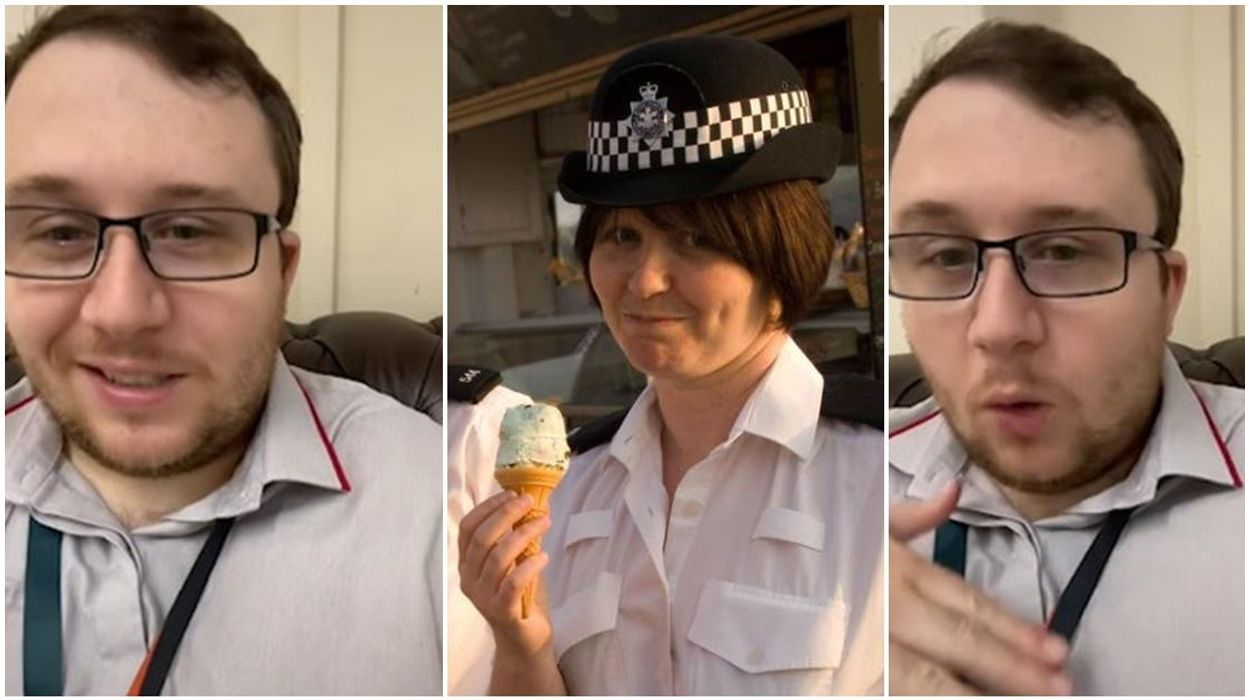 The UK is experiencing record-breaking weather this week. England reached its hottest temperature of the year on Tuesday when it hit 32.2°C at Heathrow Airport in west London. Temperatures in Northern Ireland reached an all-time high when 31.3°C was recorded at Castlederg the next day.

However, when you translate Celsius to Fahrenheit, the temperatures don’t seem to be that extreme, at least to an American. Thirty-two degrees celsius is only 89.6° F. When you compare the temperatures in the UK to an average July day in Las Vegas, Nevada where it’ll hit 107°F, the British seem a little weak.

An American TikTokker named Rae pointed out that the temperatures weren’t that hot in a viral video.

The clip shows her reading the headline, which says: “UK sees hottest day of 2021 as temperatures soar to 31.6°C.” In a voiceover, she says, “I wonder how much that is in Fahrenheit.”

The video has since been deleted.

However, a British TikTokker named @imeyrick pushed back against claims that the British can’t handle hot weather by pointing out how the country’s infrastructure isn’t set up to handle the heat.

Just imagine what it would be like to be stuck in 89°F weather all day without being able to cool off by turning on the A/C?

He also makes the point that British people’s bodies aren’t used to heat. Much like if someone from California were to go to England during the winter, they’d be extremely uncomfortable.

“And point number three, your body will adjust to the climate that you live in,” he said.

“We don’t get that much hot weather, it lasts for about two to three weeks. Our bodies don’t have time to adjust, therefore our bodies literally cannot handle the heat,” he said.

The video received a lot of positive comments from Americans who live in the UK.

One commented: “I’m from California, 103°F summers no problem. I’m in Kent, it’s 80°F and I’m dying. There is no relief. Not having ac is a huge difference.”

Another wrote: “I’m from Florida, living in London now, and yeah. it hits differently here.”

The good news for people in the UK is that the heatwave looks like it’ll subside soon. Thunderstorms are predicted to hit most of England and Wales over the weekend, bringing temps back down to a reasonable level.