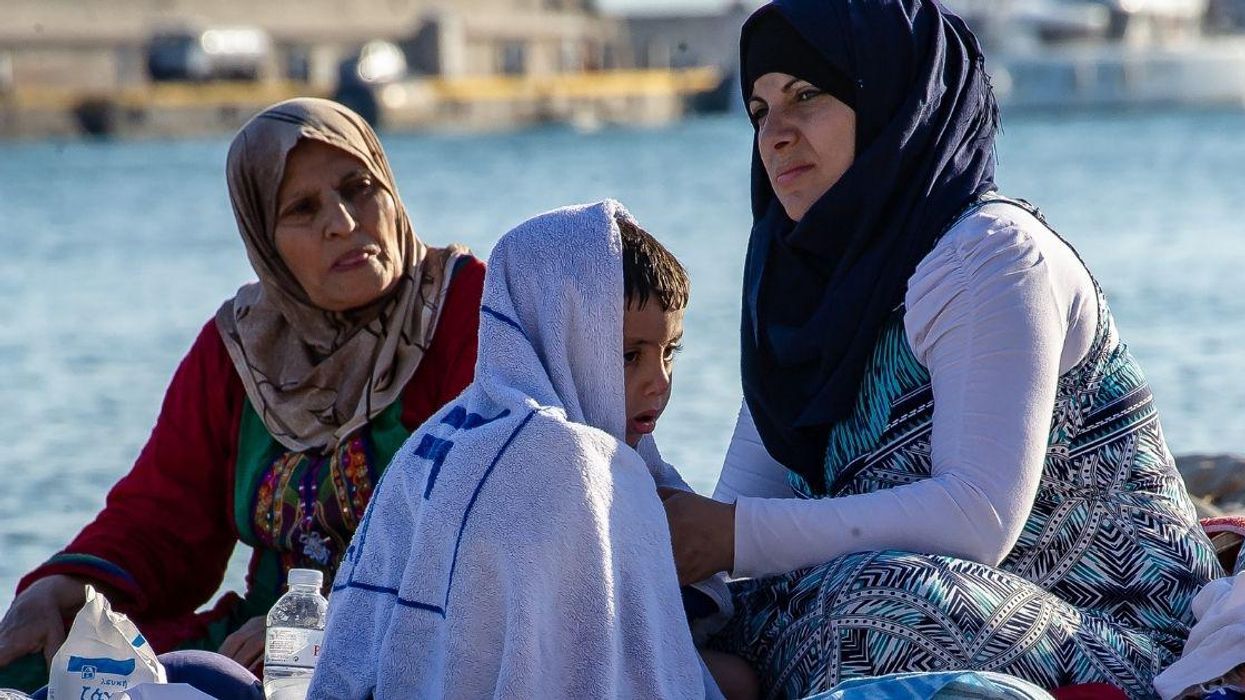 As we watch reports of thousands of Afghans fleeing Afghanistan in the wake of a Taliban takeover, the question of where they will go looms large. The world was already in the midst of a refugee crisis, with 82.4 million people forcibly displaced at the end of 2020—double the number there were just ten years earlier. Of those, more than 20 million are official refugees registered with the United Nations High Commissioner for Refugees (UNHCR).

Between ongoing civil wars, increasing disasters driven by climate change, religious persecution, and more, humanity has more people in need of a safe country to call home than at any other time in history.

The dramatic and visible nature of the dangers facing Afghans targeted by the Taliban has prompted an outcry of support for refugees, which is heartening to see. The U.S. has a long and proud history of welcoming refugees, right up until the Trump administration drastically slashed the refugee ceiling—the maximum number of refugees we resettle—to historic lows.

Even with the Biden administration raising the refugee ceiling for 2021 from Trump’s 15,000 to a much larger 65,000, we’re still below our historic norm. According to experts interviewed by The Guardian, the nation’s refugee resettlement infrastructure was nearly demolished during Trump’s presidency. Those systems will take time to build back up again.

But successfully welcoming refugees requires not only systematic logistics but social and political will, which can be hampered by misinformation and fearmongering. It’s vital to have the facts straight before listening to people saying it’s too expensive or too risky to bring refugees into the country.

FACT: Refugees and migrants/asylum-seekers at the southern U.S. border are not the same thing.

I often see people say “We already have too many refugees coming across the border already,” but the vast majority of people trying to cross into the U.S. from Mexico are not official refugees. They are migrants or asylum-seekers, which means their claims for needing refuge have yet to be vetted and processed. “Refugee” is a specific designation under international law, and refugees are processed through a different protocol than migrants and asylum-seekers at the border.

The refugee ceiling is for legally recognized refugees. In the past decade, according to State Department data, 28 percent of refugees have come from Africa, 63 percent from Asia, 5 percent from Europe, and 4 percent from Latin America and the Caribbean.

FACT: Refugees are the most vetted people to ever step foot in the U.S.

A common myth is that refugees pose a security risk to the country, but that’s not backed up by either logic or evidence. The vetting process for refugees (which you can see in detail here) is the most stringent of any group to enter the United States. It can take up to two years for a refugee to get cleared to resettle here. If someone with ill intent wanted to enter the country, going through the refugee resettlement program would absolutely be the hardest and longest way to do it.

Additionally, refugees (and all immigrants, actually) are not the ones committing terrorist attacks in the U.S. A 2017 Cato Institute study found that the chance of an American being murdered in a terrorist attack by a refugee is about 1 in 3.86 billion per year. Immigrants of all kinds are also less likely to commit crimes than native-born citizens.

FACT: Resettling refugees is good for our economy.

Obviously, we have to have the budget for the initial investment, but that’s essentially what resettling a refugee is—an investment. We don’t seem to have a problem finding money for guns and bombs, so finding money to help the people who end up paying the price for our wars seems like it shouldn’t be too hard, especially when we know we’re going to get that money back in the long run.

FACT: Refugees in general have the character qualities we want to see in our country.

I know some Afghan refugees who have been stuck in Jakarta for years, waiting for a chance at resettlement. (Indonesia allows them to stay but they can’t work or get a bank account and are basically just living in limbo relying on the charity of others.) And honestly, they are some of the kindest, most hard-working, earnest, smart, and resourceful people I’ve ever encountered. I have often lamented that I couldn’t bring them here myself (or trade them for some of my fellow Americans who could use a change of perspective).

Every human being is unique, of course. But the nature of being a refugee means having to overcome incredible difficulties. It means having to problem-solve and find a way, even when a situation seems impossible. It requires courage, resilience, and fortitude. These are all qualities of character we value as a society.

And what better way to build goodwill and loyalty around the world than to offer people fleeing danger safe refuge and opportunity? Refugees who get resettled are grateful when they are welcomed into a community and usually want to repay the generosity offered to them.

Seriously, refugee resettlement is pretty much all upside for the U.S., unless you’re afraid of diversity or have some irrational fear of foreigners.

If you think the U.S. should try to bring in more refugees than the current refugee ceiling allows, sign this petition from the International Rescue Committee.