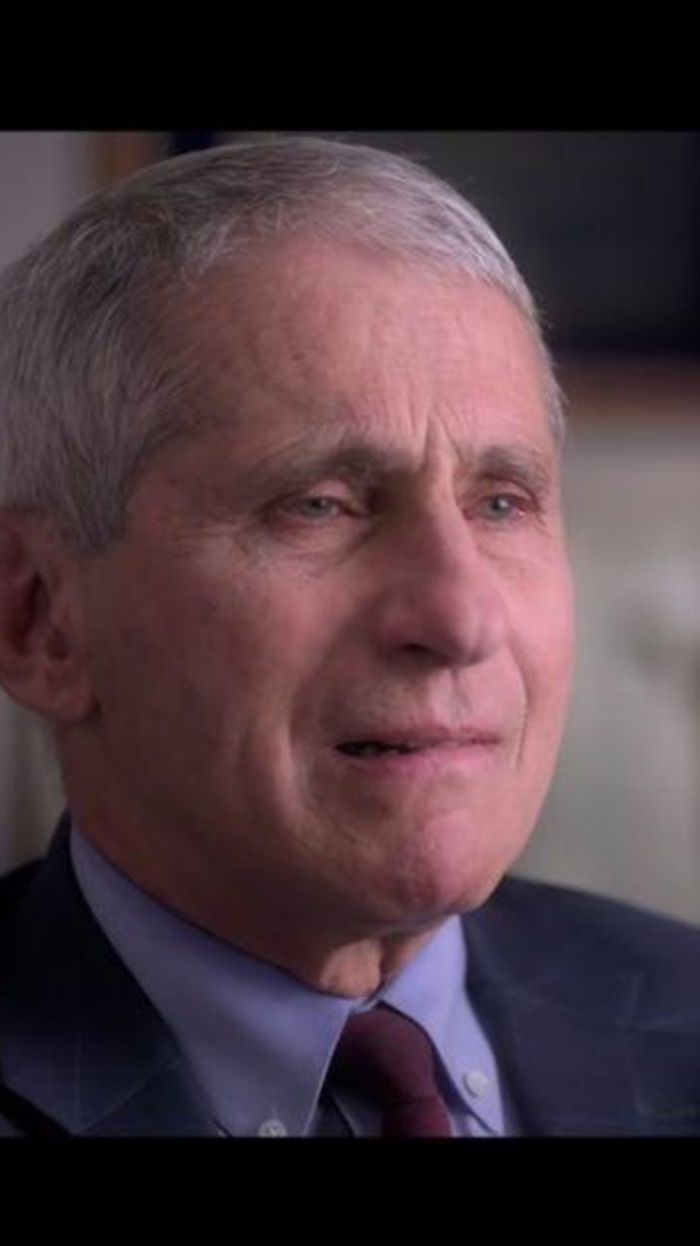 When I first saw the preview of National Geographic’s documentary about Anthony Fauci, I was confused. My assumption was that the documentary was made to profile his role in the COVID-19 pandemic response as that’s how he became a household name. How did the filmmakers know they would need to get footage of Fauci at the very beginning of the pandemic, when no one knew yet what it would become?

The answer is: They didn’t. This film was never intended to be about this pandemic at all. The profile of Anthony Fauci was planned by award-winning filmmakers John Hoffman and Janet Tobias in 2018 and they began filming in the fall of 2019, several months before anyone had even heard of SARS-CoV-2. The filmmakers originally planned to highlight Fauci as a lesser-known public servant, focusing primarily on his work throughout the AIDS pandemic.

What they ended up with is parallel stories of Fauci’s AIDS work and Fauci’s COVID response, and their “lesser-known” subject becoming a superstar during the making of the film. In fact, the press release for the film included the following, which is an unusual disclaimer but one the filmmakers felt necessary in the current climate: “Dr. Fauci had no creative control over the film. He was not paid for his participation, nor does he have any financial interest in the film’s release.”

The film flips back and forth in time from the ’80s and ’90s to the past two years, showing us the work of a much younger Fauci beside his current, impressively spry, 80-year-old self. Here’s what stood out most to me:

The man is the epitome of a dedicated public servant.

Regardless of what the whackadoodle conspiracy theorists think, Fauci’s dedication to his work is unparalleled. While he is paid well—at $418,000/year he makes more than the president—his salary is not outrageous for a doctor who has been working for decades, and seeing him in his home, it’s clear he’s not living an opulent lifestyle. He says he feels a “very deep sense of responsibility” in his work, which is clear when you see his career play out in this film.

He’s not afraid to tell the truth.

Fauci is a tough cookie in the best way. He knows he’s “the bad guy” to a certain subset of the population. “I represent something that’s uncomfortable for them,” he says in the documentary. “It’s called the truth.”

President George W. Bush told filmmakers that when Fauci meets with you, you know he’s going to lay out the facts no matter how they might affect the politics. “Tony Fauci doesn’t come into the Oval Office to make you look good,” he laughed.

During the first year of the COVID pandemic, Fauci found himself in the unique position of having to fact-check the president in real time. He also faced resistance from within. The film actually opens with Fauci on the phone being told that the White House had declined TV spots about COVID vaccine development because the president wanted to focus on the economy. When the filmmakers asked Fauci about his meetings with the president early in the pandemic, he gently laughed and said, “Yikes.” That pretty much sums things up.

Fauci has served under six presidents and always with the goal of keeping the science at the forefront. As a government employee, he has to deal with policy, but as we see behind the scenes in his work with the AIDS crisis as well as the COVID pandemic, he doesn’t care about politics. He cares about science—and he cares about people.

His empathy is what makes him effective in his work.

What was most striking in seeing Fauci’s career play out is how often he talks about putting himself in other people’s shoes and seeing things from their perspective. When AIDS activists protested the National Institutes of Health’s handling of AIDS treatment, he didn’t dismiss them. He listened. He went to activist meetings and dialogued with them. He thoughtfully explained what they were wrong about, and also thoughtfully acknowledged what they were right about.

“My weapon, in addition to the science, is speaking to the American people,” he says. People who saw him as an enemy grew to admire him. In fact, one AIDS activist who had led protests outside the NIH during the AIDS crisis said he has been regularly checking in with Fauci to see how he’s doing with the vitriol and threats he’s received during the COVID pandemic. (Fauci is a level-headed guy, but we see him drop an angry f-bomb when his daughters were being threatened.)

As a disease specialist, Fauci is brilliant. But he has an intuitive finger on the pulse of human nature as well, which makes him ideally suited to the work he does.

Fauci hasn’t changed. Our society has.

Seeing certain people call for Fauci to be fired and accusing him of lying, covering up research, causing the pandemic or [fill-in-conspiratorial-Tucker-Carlson-talking-point-here] feels utterly ridiculous. The man is 80 years old and has dedicated his entire life to fighting and treating infectious diseases. The idea that he would somehow suddenly become some kind of evil player in a global conspiracy to control the masses or whatever inane idea people have come up with is ludicrous.

Fauci was vilified early in the AIDS pandemic, but it was nothing compared to what he’s experienced with COVID-19. “The whole atmosphere strains your concept of what normality is,” he says in the doc. Our divisiveness can’t continue if we hope to be prepared for the next pandemic, he says. It just won’t work. And we have a common enemy—the virus—which should be uniting us.

That goes for Americans as well as our global society.

“When you have a global pandemic, you need a global solution,” says Fauci. “To think you can just take care of yourself … is just folly.”

As the film shows, we got there with AIDS. The life-saving AIDS cocktail was developed in the United States, $15 billion was invested by the second Bush administration to distribute the medicines to vulnerable populations across Africa, and Democrats and Republicans united to back the investment.

Much of the success of AIDS treatment is owed to Dr. Fauci. And I am 100% sure that history will be much fairer to him than many Americans have been during this pandemic.

“It’s always the sustained investment in science that rises to the occasion,” says Fauci. Again, always putting the spotlight back on the science.

“Fauci” can be seen by all Disney+ subscribers on October 6, and you can read more about the making of the film here. Definitely worth a watch.