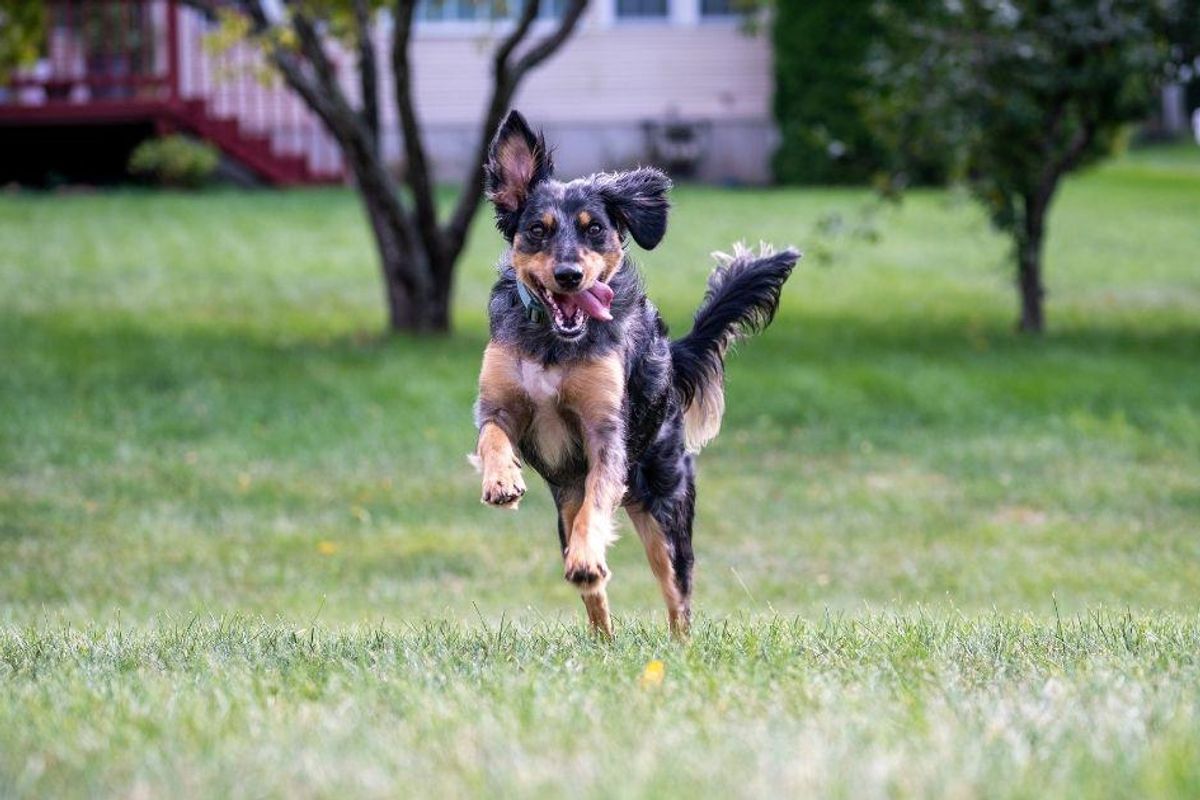 If you’ve ever dreamed of spontaneously walking out the door and treating yourself a day of pampering at a spa without even telling anyone, you’ll love this doggo who is living your best life.

According to CTV News, a 5-year-old shepherd-cross named Gem escaped from her fenced backyard in Winnipeg early Saturday morning and ended up at the door of Happy Tails Pet Resort & Spa, five blocks away. An employee at the spa saw Gem at the gate around 6:30 a.m. and was surprised when they noticed her owners were nowhere to be seen.

“They were looking in the parking lot and saying, ‘Where’s your parents?'” said Shawn Bennett, one of the co-owners of the business.

The employee opened the door and Gem hopped right on in, ready and raring to go for her day of fun and relaxation.

Gem is known to the folks at the day spa, as she’s a fairly frequent visitor there. When an employee called her family, they were surprised that she’d escaped from the yard, but not surprised that she chose to hoof it to Happy Tails.

“She’s one of the many dogs that love coming here,” Bennett said. “I always call it Disneyland for dogs because they play with all their best buddies and it’s amazing to watch them.” Happy Tails is described on its website as “an ‘all-inclusive’ luxury pet resort.”

Bennett said that dogs sometimes slip off-leash in the parking lot and arrive at the door before the owners do, but they’d never had a dog show up totally unaccompanied.

Gem’s owners were super chill about the whole thing, saying, “Seeing that she’s already there, she can just stay for the day,” according to Bennett.

Maybe Gem was trying to tell her owners something. Apparently, she used to go to Happy Tails three or four times a week, but since the pandemic hit, she’s only been going once a week. Clearly, the good doggo feels like that’s not enough.

“Dogs are smarter than we give them credit for,” said Bennett.

Indeed they are. Bennett also told CTV News that owners should pay attention to how the pandemic has impacted their pets’ routines and how that might affect them. Pet owners should also look for signs of separation anxiety in their pets as owners return to working away from home.

For Gem, separation anxiety doesn’t appear to be much of an issue. Sweet doggo just wants her downtime at the doggy spa, and who can blame her? Gem is all of us in this dumb pandemic. Give us a full day in a place where we have no responsibilities, where people wait on us hand and foot, and where we can forget about the wacko world outside and just chillax for a while with our close friends.

Thank you, Gem. You are an inspiration to us all.