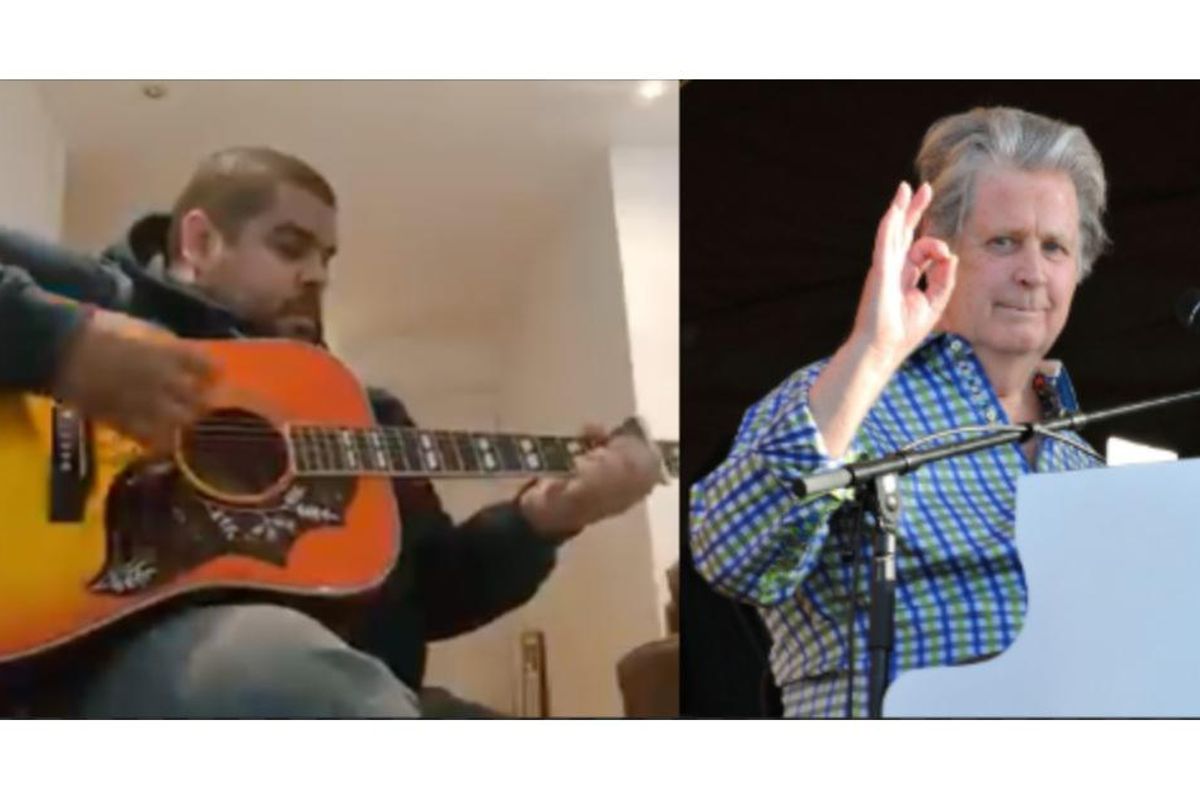 Adam Barrett has been steadily building a fan base on YouTube with his acoustic guitar covers of iconic songs from musicians and bands like The Beatles, The Cure and Oasis.

Last year, Barrett uploaded a cover of The Beach Boys song “God Only Knows,” from their iconic Pet Sounds album. It’s a song so good that Paul McCartney once called it the “greatest song ever written” and has repeatedly praised it over the years, including in 2007 when he performed the song live with Wilson.

Barrett’s cover honors the spiritual and emotional feel of the original while adding his own unique touch by challenging the soulful harmonies into his own singular sound. The cover is so good that Wilson himself shared it on his Twitter account, adding: “How about this!”

And if you know anything about the famously reclusive Brian Wilson, that seemingly minor comment is high praise indeed.

With around 38,000 views, Barrett’s video is still a bit of an undiscovered gem for most folks. And his talents continue to generate a hugely positive and emotional response from folks experiencing it for the first time:

Barrett’s videos are a great example of how platforms like YouTube can be used to elevate and share the creative talents of people who might otherwise go unnoticed. His covers are introducing him to a new audience that also gets the chance to check out some of Barrett’s original songs along the way. And if you’re a fan of the Beach Boys, or any of the other songs Barrett covers, it’s a wonderful new way to experience the music you already love.