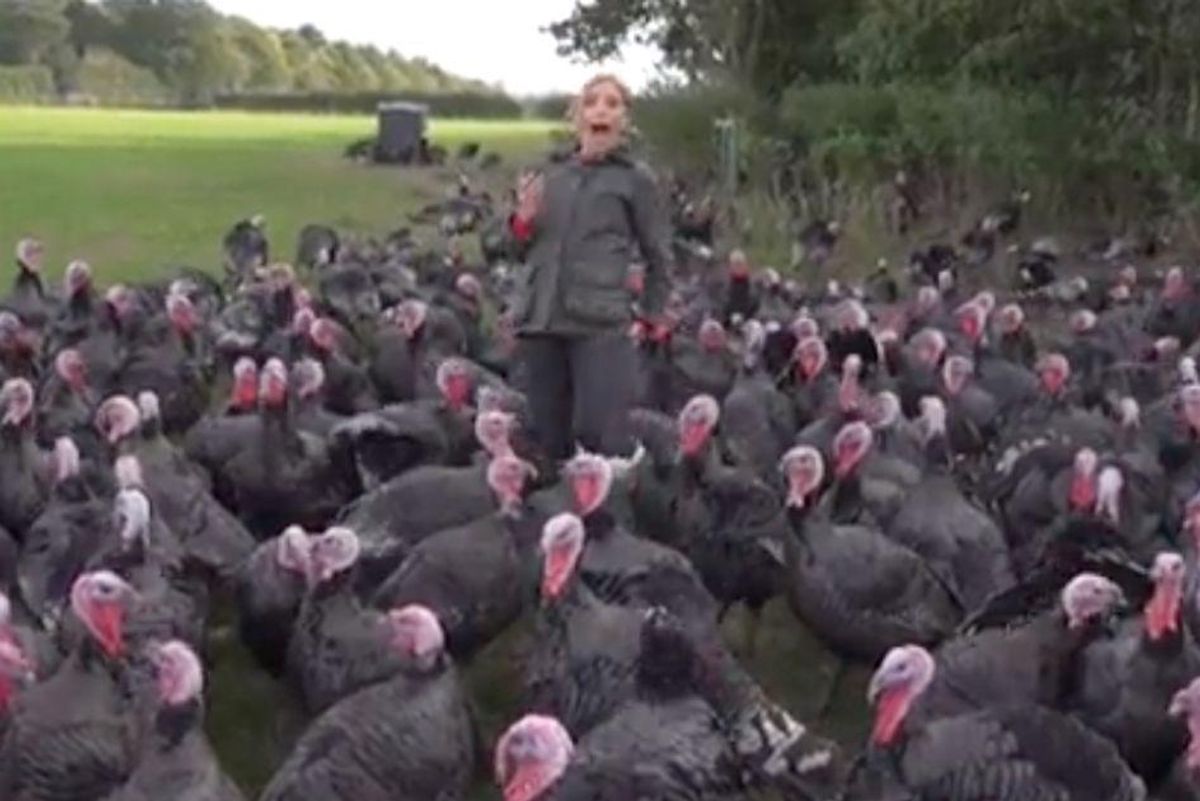 When your job has you standing in the middle of a huddled-up flock of hundreds of turkeys, you already know to expect the unexpected. But for CNN’s Anna Stewart, the unexpected also turned out to be hilarious—in more ways than one.

As she was reporting from the KellyBronze turkey farm in Essex, England, Stewart found herself the literal butt of a turkey joke, and goodness did they find it funny. Stewart shared an outtake scene from a CNN segment on U.K. worker shortages and supply chain issues on Twitter, with the comment “Turns out what turkeys REALLY like is a good laugh, at my expense.”

Seriously, you’ll want the sound up for this:

Turns out what turkeys REALLY like is a good laugh, at my expense. Sound up…

No shortage of outtakes today at… https://t.co/GaXGWGIzoO

One of the turkeys nipped her right in the bum, and when she whooped and laughed, the entire flock laughed too.

“Ow! That really hurt, he really got my a**,” Stewart said. And right on cue, the turkeys laughed again.

Okay, they didn’t actually laugh, but it sure sounds like they did. Their collective gobbling sounds just like a studio audience laugh track. Too, too funny.

Someone shared the outtake video on the Animals Being Jerks subreddit (which is a hilarious thing in its own right) and that prompted people to share videos it reminded them of.

Years ago, a video went viral of a man gobbling at a bunch of turkeys and them gobbling right back. Apparently, turkeys are quite reactive to sounds. And again, sounds like a laugh track (though the man’s tearful laughter is really the best part).

In another clip, a man appears to be giving a dictator speech to a huge warehouse full of turkeys, who keep cheering him on.

And in the actual aired CNN segment, Anna Stewart got the gaggle of gobblers to giggle just by clapping her hands. Not quite as entertaining as when one of them goosed her, but it’s funny to see how easy it is to get them to react.

Thanks for the laughs, cheeky turkeys.