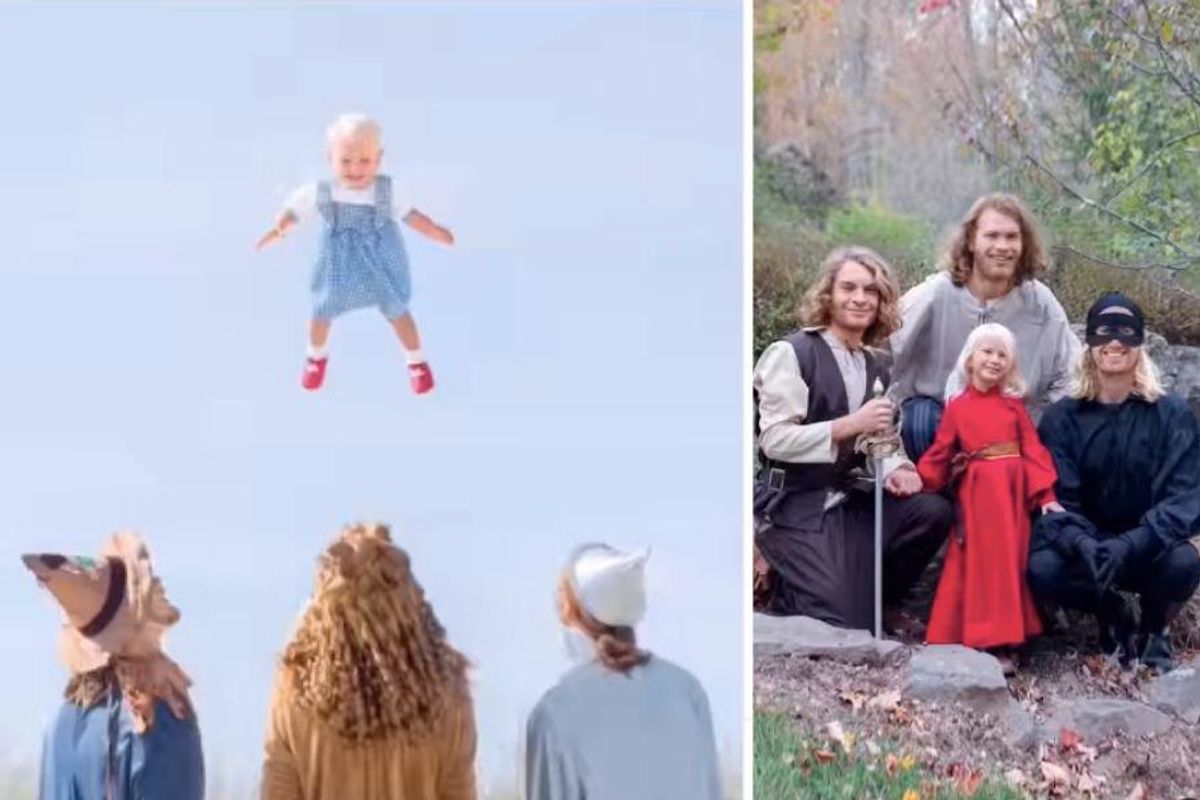 Two of Patti Schmidt’s three sons were already well into adulthood when her daughter Avery was born, and the third wasn’t far behind them. Avery, now 5, has never had the pleasure of close-in-age sibling squabbles or gigglefests, since Larry, Patrick, and Gavin are 28, 26, and 22, respectively—but that doesn’t mean they don’t bond as a family.

According to People.com, Patti calls her sons home to Point Pleasant, New Jersey, every fall for a special Halloween photoshoot with Avery. And the results are nothing short of epic.

The Schmidt family started the tradition in 2017 with the boys dressing as the tinman, the scarecrow, and the cowardly lion from “The Wizard of Oz.” Avery, just a toddler at the time, was dressed as Dorothy, complete with adorable little ruby slippers.

The following year, the boys were Luke Skywalker, Han Solo, and Chewbacca, and Avery was (of course) Princess Leia.

In 2019, they did a “Game of Thrones” theme. (“My husband and I were binge-watching (Game of Thrones), and I thought the boys as dragons would be so funny,” Schmidt told TODAY.)

In 2020, they went as Princess Buttercup, Westley, Inigo Montoya, and Fezzik from “The Princess Bride.”

“They laugh a lot during the shoots,” Patti told People. “The boys are good sports. They adore Avery.”

That much is clear. How lucky is this little girl?

Middle son Patrick, who is a professional surfer, told People “It’s fun, and Avery has a blast.”

Patti is the one who comes up with the theme, which she surprises the kids with. This year’s theme remains a mystery, though she asked followers for ideas. People offered some fun possibilities including:

– Goldilocks and the three bears

– “Alice in Wonderland,” with the boys going as the white rabbit, the Mad Hatter, and the doormouse

– “Brave,” with Avery going as Merida and the boys as her little brothers

– “Sleeping Beauty” with the boys going as the fairy godmothers

– “Friends” with Avery going as Phoebe and the boys as Ross, Chandler, and Joey

– “Guardians of the Galaxy”

Patti offered one vague clue for what this Halloween holds when she told TODAY, “There may or may not be a good-natured groan or two when I pull out the next theme.” Hoo boy, can’t wait to see what it is.

And yes, in case you were wondering, the brother dressed as Westley did yell “As you wish!” as he rolled down the hill.

“They are close despite not only age differences but physical distance,” Schmidt told TODAY. “Our two oldest sons live in different states, but they’re within driving distance, and I try to get everyone together as much as possible.”

Here they are teaching Avery how to skateboard: