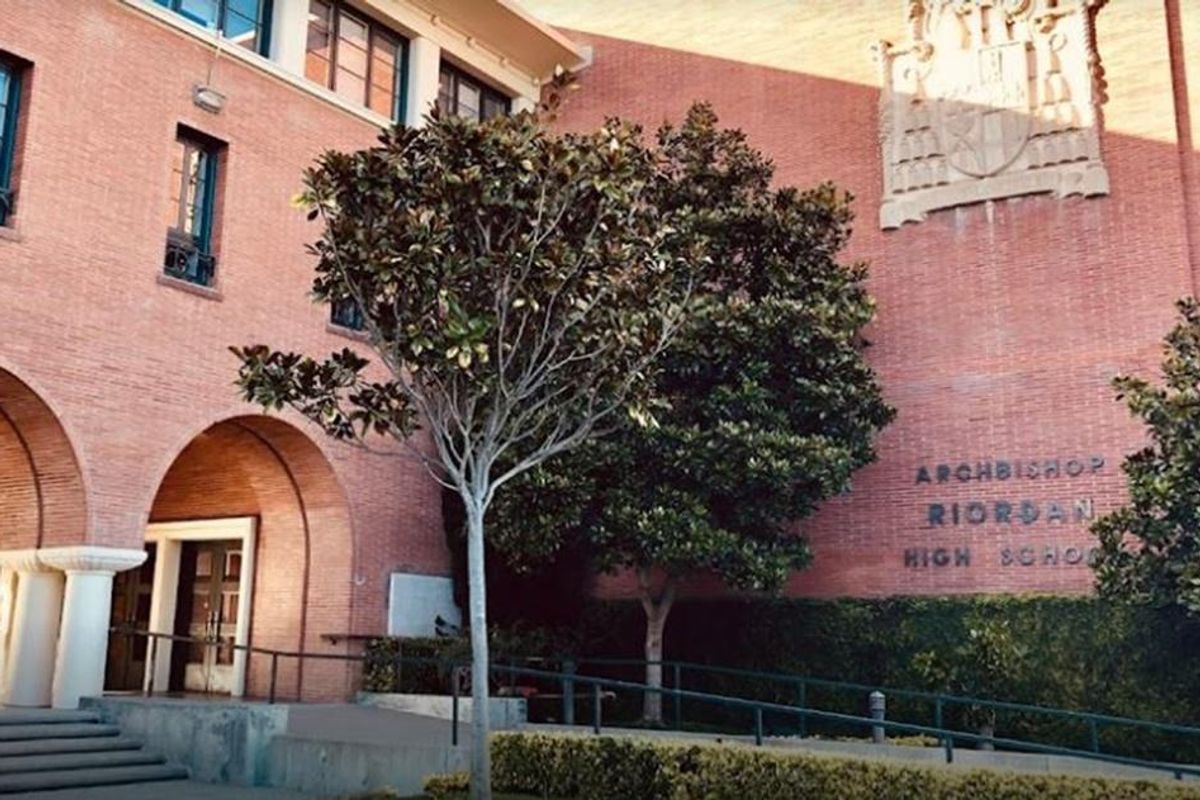 Archbishop Riordan High School in San Francisco, California held an assembly for all students on Friday that was presented by Life Training Institute and featured speaker Megan Almon.

The institute’s goal is to equip “Christians to make a persuasive case for life” through “pro-life apologetics presentations in Catholic and Protestant high schools, universities, and worldview conferences.”

But the idea of sitting through a pro-life presentation didn’t appeal to the vast majority of students and a few minutes into the presentation, they began to walk out. A few were prompted by Almon comparing the number of abortions in the United States to deaths in the Holocaust. Almon also discussed how embryos should be considered people who are just as valuable as those sitting in the auditorium.

Some female students were upset because it was the first year that the school was co-ed. It was previously an all-boys school and was integrated by girls who attended the recently closed Mercy High School. “It’s just so frustrating,” Clare, a transfer from Mercy, told the San Francisco Chronicle. “It’s been so hard to go from an environment of female empowerment to someone telling me what I can and can’t do with my body.”

Only a few dozen of the 800 students who attended the assembly remained to hear the entire presentation. Video from the walkout went viral on TikTok.

“I don’t know why some people say Gen Z is going to ruin society. As a millennial, thank you for your service to Earth,” one commenter wrote.

“It’s a health decision between a woman and her doctor, it doesn’t need to be discussed in school like this,” another commenter added. The school said in a statement that the assembly was all part of a Catholic school education.

“The assembly was an opportunity to come together in order to learn more about the dignity of human life. We recognize that members of our school community, whether they are Catholic or not, have different viewpoints on this topic,” interim president Tim Reardon said in a statement. “We appreciate that those with different views shared those respectfully today. We offered an alternative safe venue for students.”

In anticipation of some blowback, the school sent an email to parents preparing them for the speaker.

“The administration is aware that not all Riordan students are Catholic. We understand that we live in a society in which people have strong, disparate opinions about all the categories ascribed to this theme … Our speaker will be here simply to explain the Catholic position, primarily with regard to abortion. We ask that all students listen respectfully to the speaker, who is nationally recognized for her work on this subject.”

Parents of the students shouldn’t be too shocked over the school having an antiabortion presentation because they sent their kids to a Catholic school; the Catholic church is one of the most prominent pro-life organizations in the world.

However, the students are at the age when the issue of abortion and who has the right to control their bodies is of utmost importance. So it was brave of them to walk out and to face potential punishment over having to hear someone telling them to relinquish control of their reproductive rights.

Their decision was also powerful given the war on Roe v. Wade currently happening in America’s court system.