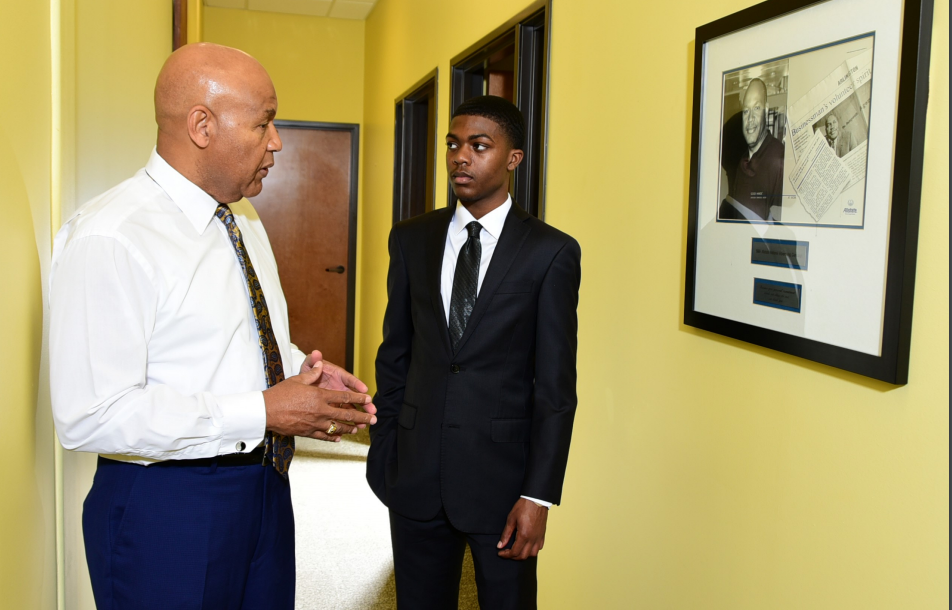 Anthony Sampson has understood the value of mentorship since he was a young man. Growing up in Houston, he had a mentor who helped him see the importance of volunteering and giving back to his community. By the time he graduated from college and settled in Dallas, he knew he wanted to share some of that wisdom and experience with the next generation.

That’s why Sampson, an Allstate insurance agent for 38-years, co-founded 100 Black Men of Greater Dallas/Fort Worth more than 20 years ago and is still deeply involved, sitting on the board of directors. The organization matches Black male mentors with mostly young Black men to help them live up to their potential and contribute to society. By building character and producing leaders, 100 Black Men works toward improving the whole community.

“It means a lot to our mentees to see positive examples of Black men,” Sampson shares. “I believe that ‘What They See Is What They’ll Be.’ In fact, it’s our organization’s official motto.”

According to Sampson, strong mentorship can help young people develop the skills they need “to understand how to deal with issues in life from a positive perspective.” To date, the Dallas/Fort Worth chapter of 100 Black Men has mentored more than 1,500 young people.

Kynsington Hobbs is one of them. Now a senior in high school, Hobbs began a mentorship with Anthony Sampson when he was 13. He says working with Sampson changed his perspective of what success can look like in the African-American community, especially for kids who don’t have dads in the picture.

“Seeing someone like this, a role model, who’s showing you how to do the things the right way—how to tie a tie, for instance, or how to iron your suit pants, just the common things that we would think were normal for the average kid—often gets missed out in the African-American community.”

Jackson Session describes his mentorship with Anthony Sampson with similar enthusiasm. Session first connected with 100 Black Men his junior year of high school when a school counselor recommended he join the organization’s trivia bowl team. He began attending Saturday leadership meetings with Sampson, and eventually asked if he could intern in his Allstate office. Sampson hadn’t hired a mentee before, but he took a chance. 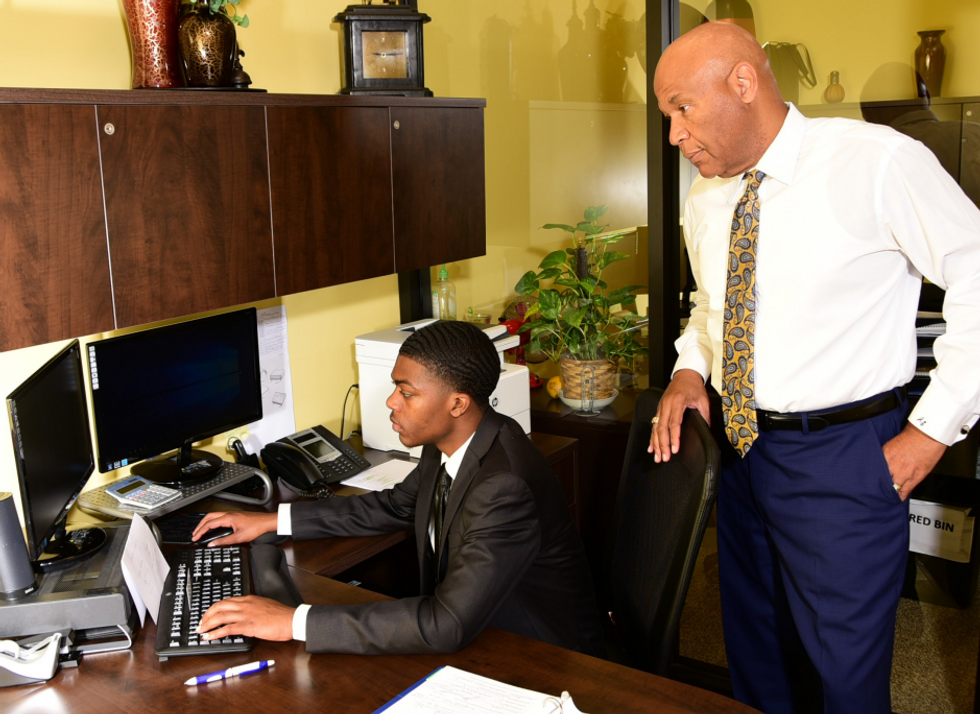 Session credits Sampson with teaching him to present himself professionally and with helping him get a scholarship from the national 100 Black Men of America organization.

“He went out of his way to make sure that I was well-connected and that I was taken care of because he knew that I was serious about my education,” says Session, who is now a sophomore at Howard University, studying finance.

“I think mentorship in general is important because I think that growing up, especially now, we have a lot of outside influences,” says Session. “Having somebody who genuinely cares about you to tell you the right way to get to what you want to do, I think that’s important.”

Sampson is one example of thousands of Allstate agents and employees making a difference in their communities. In addition to supporting agent and employee volunteerism, for almost 70 years, Allstate has supported communities through The Allstate Foundation, which partners with leading organizations and local nonprofits to address some of the most pressing issues facing society. The Foundation’s efforts include empowering youth, breaking the cycle of domestic violence and supporting non-profit leaders, with an overarching purpose of advancing equity.

This Fall, in time for back-to-school season, The Allstate Foundation teamed up with education crowdfunding platform DonorsChoose to launch a new Racial Justice and Representation category on the site, making it easy for donors to help fund teacher’s classroom projects focused on increasing diversity in curricula and creating a more inclusive environment. From buying books written by diverse authors to providing materials for anti-racism education, donors can directly support teachers working toward racial equity. The Allstate Foundation matched all donations to these projects for a total of $1.5 million. These funds support teachers who – like Sampson – are serving as positive mentors helping students succeed.

“Mentorship to me is really engaging with youth that need a path to success,” Sampson says. “If I can get them to dream, I know that a dream will become a goal, and then that goal becomes a reality.”