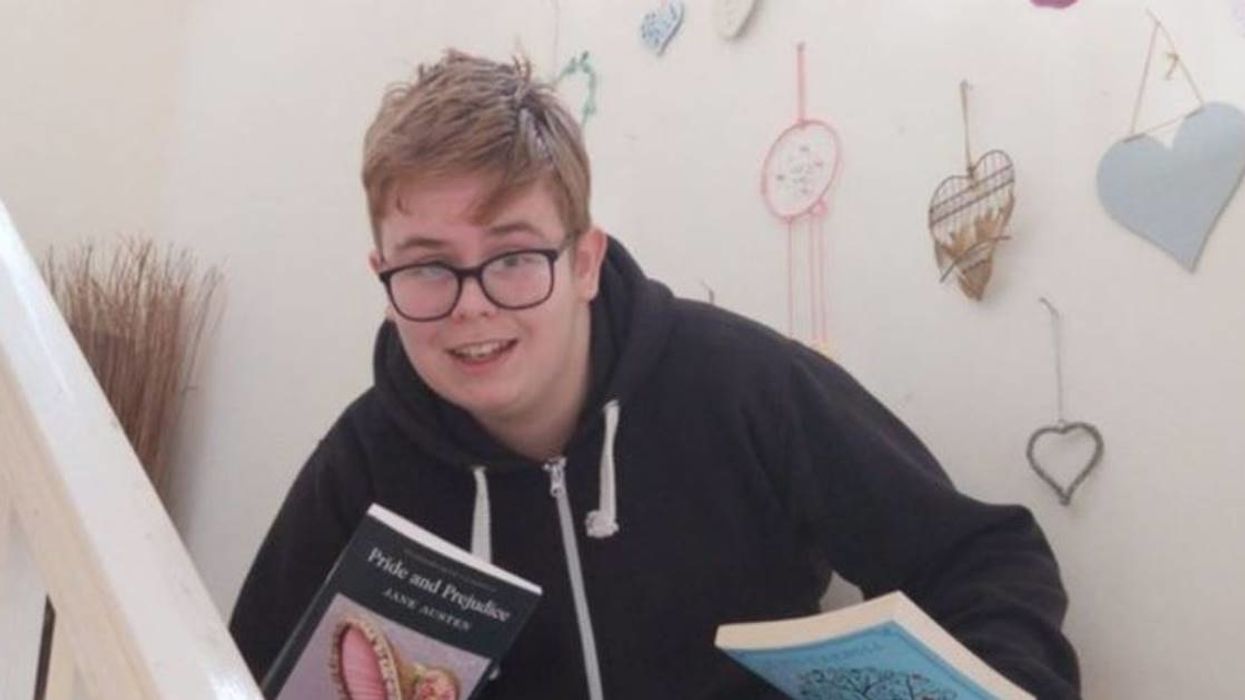 This article originally appeared on 03.04.20

There are few more fulfilling hobbies than having a love of books.

Reading isn’t just a great way to have a good time. Reading increases brain connectivity, makes people more empathetic, reduces depression symptoms, improves vocabulary, and may even cause you to live longer.

It’s a huge benefit for a child’s development as well. According to Parent.com, reading “stimulates the side of the brain that helps with mental imagery, understanding, and language processing, and that brain activity.”

Thirteen-year-old Callum Manning wanted to share his love of reading with the world, so on February 23, he created an Instagram account where he posted photos of the books he’s read. It started with a post about Stephen King’s “The Shining.”

“So I guess I’m going to start this account off with one of my favourite books, Callum wrote. “This book was the first book I read in 1 day. And I was like 10. So yeah it scared me.”

He would go on to fill his pages with books such as “Frankenstein” by Mary Shelley, “Pride and Prejudice” by Jane Austen, “1984” by George Orwell, and current classics such as “A Game of Thrones” by George R.R. Martin and “Harry Potter and the Cursed Child” by J.K. Rowling

Kids Callum’s age can be exceptionally cruel. A group of them created a group chat where they bullied him for his love of books and then invited him to join. After subjecting him to emotional abuse, they kicked him out of the chat.

“I don’t tend to cry that often but I think that was the first time in a while I’ve actually cried,” Callum told PA Media.

His older sister, Ellis Landreth, was understandably upset about the cruelty, so she tweeted about the group chat, hoping about “20 or 30 of my friends [would] like a few of his posts or follow him or give him some words of encouragement.”

Can’t believe how awful kids are. My little brothers made an Instagram reviewing and talking about books and kids in his new school have seen it and have created a group chat calling him a creep slagging him off about it and added him to it so he could see 🥺 pic.twitter.com/wuuj2XlO34
— Ellis (@EllisLandreth1) February 29, 2020

She was bombarded by responses from people who wanted to support her brother.

I think the love from all around the world has probably let him know he isn’t alone. But all the interesting people I know were once considered weird kids with books. Including me.
— Neil Gaiman (@neilhimself) March 2, 2020

I’ve followed him and dropped him a little message but I’d love to buy him a book or send him over an amazon gift card – I’m sure he has a lot of books on the way but please DM me if there’s any book he doesn’t have 😊
— bef ydw i (@beffybadbelly) March 1, 2020

Shout out to your brother for wanting to expand his mind! The little rats bullying him aren’t expanding anything glued to a phone screen 👊🏽
— James Quinn (@quinnstagrammm) February 29, 2020

Just a few hours after the tweet, Callum received thousands of followers on his page. In just three days, he’s up to nearly 400,000 followers. He’s also received countless messages of support through the page.

English novelist Matt Haig sent Callum a collection of books, adding: “Hey let’s all follow Cals Book Account on Instagram and show him some support.” A book store near Manning’s home in northeast England promised him a book on the house.

Callum’s story was shared on Instagram by authors Caroline Kepnes and Malorie Blackman.

The teenager has received over 15,000 messages in his DMs. “He’s absolutely overwhelmed,” Landreth told CNN. “He can’t even get through all his DMs.”

Callum’s mother is over the moon about the response. “She’s so happy people are spreading positive messages about these issues,” Landreth said. “No matter how small some things seem, they can stick with kids forever.”