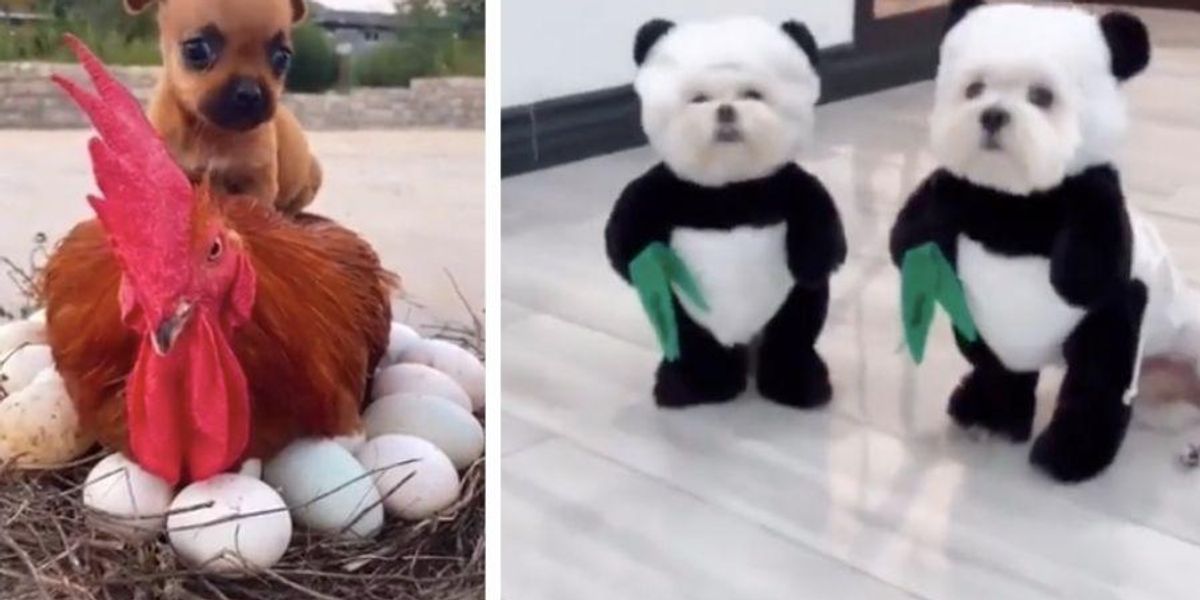 I don’t know about you, but all of this [gestures widely at the general state of things] has been getting to me a bit lately. And when that happens, I’ve learned that the best way to pull myself out of the funk is to find joy in simple things. The fleeting colors of a beautiful sunrise. The hilarious quirkiness of my cats. The sound of my kids’ laughter.

Big happiness can be found in little things, especially when you add a bunch of them together.

So without further ado, here are 10 things that can bring us all some joy as we head into our weekend.

A puppy riding a rooster is the unexpected therapy we all need.

What is even happening here? How did these puppies and roosters meet? When did they become friends? Who knew a rooster would ever do anything like this? So many questions, but honestly, who cares. It’s friggin’ adorable.

You can see the exact moment this cat says, “Oh crap,” and it’s just perfection.

It’s the cat’s Jim Halpert stare at the camera at the 10-second mark that pushes this video over the edge. Hilarious.

After selling the majority share of her company, Sara Blakely shared the wealth with her workers in the form of two first-class plane tickets and $10,000 to spend wherever they went. An awesome example of taking care of the people who help you build success. Rock on, Sara Blakely. Read the story here.

A dad of an autistic boy shared how a U.K. football club made him feel at home. 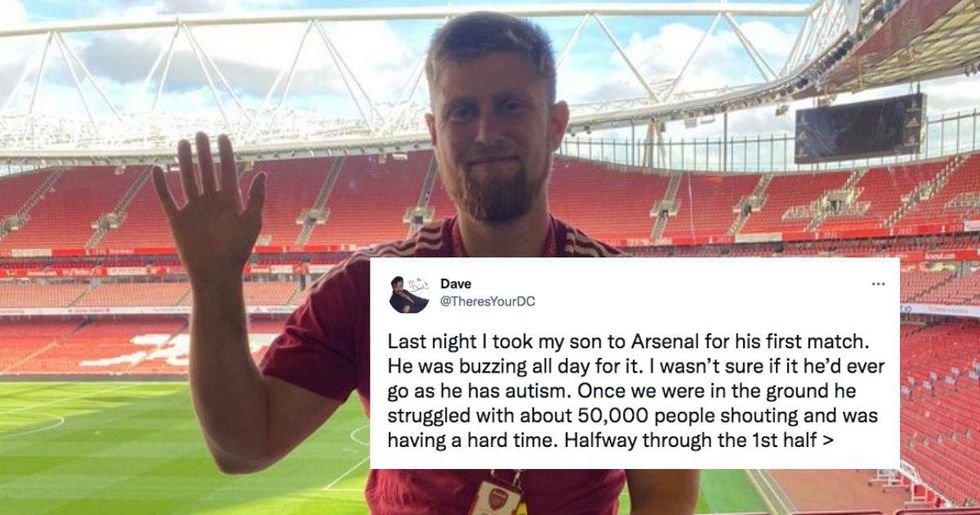 A dad took his autistic son to an Arsenal football game, and when he became overstimulated, he was going to take him home. But a kind employee intervened and took them to the club’s sensory room, which is set up for people who might experience sensory overload at the game. Read about this beautiful example of inclusion here.

Every parent has experienced the planking baby vs. carseat fiasco. Too familiar, and too funny.

Light as a feather, stiff as a board! #TargetHalloween #carseat #uppababy

Seriously, when they do this it’s nearly impossible to get them to bend without feeling like you’re going to break them. It’s like a superhuman ability all babies are born with.

Awesome teacher wrote an official letter to the tooth fairy on behalf of a student who threw away their tooth.

Chris Evans’ giddiness over playing Buzz Lightyear is the most delightful thing ever. 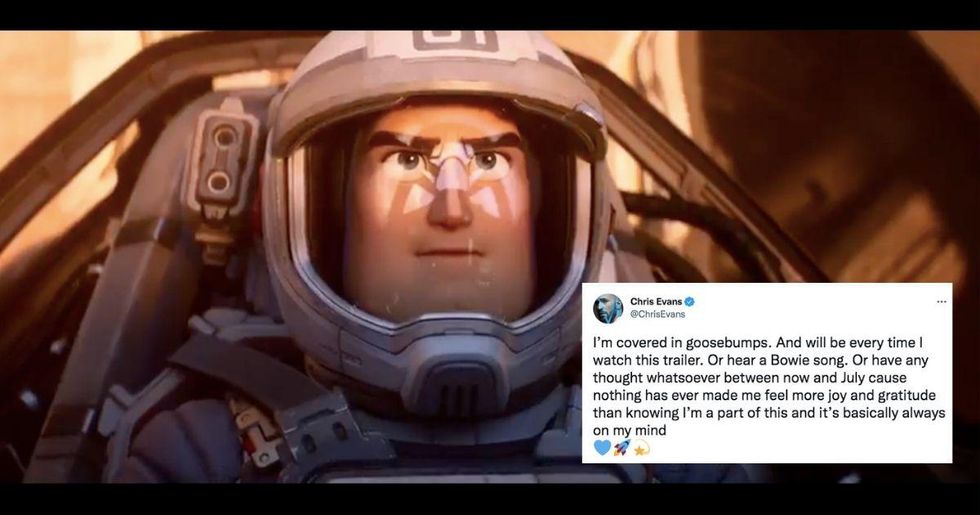 You’d think playing the studly superhero Captain America would be the pinnacle of an actor’s career, but Chris Evans has never gushed over that role like he has over getting to play Buzz Lightyear in Pixar’s upcoming film, “Lightyear.” Check out how he talks about playing his dream role here.

These twin toddlers giggling their way through their first Target experience are all of us.

This is the soundtrack in my head every time I get to peruse the perfectly organized aisles of Target by myself. Target is magical.

A kid wanted her “most precious” rock to be put on display at the museum. Mission accomplished.

Good morning to Bethan and Bethan only https://t.co/1U5iyXm1xV

The plaque reads, “On 23rd August 2019, Bethan visited Poole Museum. After talking with her mum about what museums do, Bethan decided she wanted to donate her ‘most precious’ rock to the museum. She asked that we put it behind glass and look after it, so that everyone could see and enjoy it.”

This is the way. Well done, Poole Museum.

Who is ready for puppy pandas?

And just when you think it can’t get better, puppy lions show up. This is seriously the greatest thing I’ve ever seen.

Hope that brought a little sunshine to your day. Come back next week for another roundup of joy and delight!