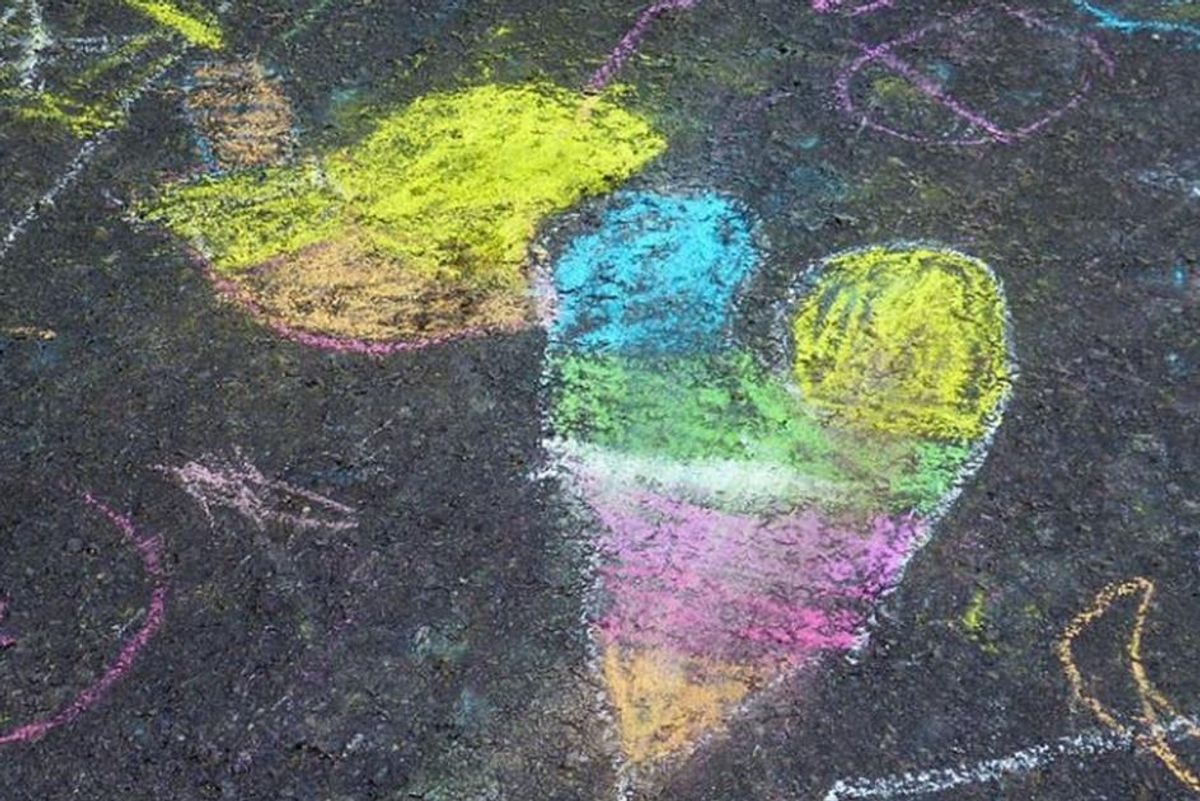 No neighborhood would be complete without that one neighbor who complains about the pettiest things. The big problem comes when you live in a shared building or have a homeowner’s association where that nosey neighbor has the power to make your life miserable.

Ashley Woodfolk, a young adult fiction writer in Brooklyn, couldn’t believe that someone in her co-op complained about her toddler writing in sidewalk chalk in the courtyard of her building.

For those who live outside of New York City, a co-op is a type of housing where each resident is a shareholder in a corporation and pays for their living area based on its size. Co-ops usually have a committee or board that meets to handle issues that arise in the building.

It’s incredible to believe that someone would be so shallow that they’d complain about a toddler drawing in sidewalk chalk. All it takes is a hose or a light rain and the chalk will disappear forever.

Furthermore, who would complain about a child drawing with sidewalk chalk during a pandemic when parents are rightfully afraid of their kids being exposed to the coronavirus?

Woodfolk was incensed that someone would make such a complaint. So she decided to apologize to the woman by writing a massive letter in the courtyard using sidewalk chalk.

GOOD EVENING TO EVERYONE EXCEPT the woman at my co-op who complained to the board about me and my toddler using sid… https://t.co/XTcvckU79I

“This will be my last time using sidewalk chalk in the courtyard since it seems to be such a problem for you (and only for you). I’m sorry harmless fun that brought my toddler joy (and has actually helped him learned all of his letters and most of his numbers –– his favorites are E and 8) causes you so much distress that you had to complain to the board and waste everyone’s time when our building has much bigger real problems.

“I think you’re aware that we’re in a pandemic and while I’d love to take my kid to museums and the movies I don’t feel safe doing that, and sometimes even local parks are more crowded than I’m comfortable with. The courtyard was a safe space but now there are limits on that too. There only a few weeks of nice weather left, and I sincerely hope you enjoy the use of the sidewalk-chalk free courtyard for the remainder of the fall. And I hope that every time it rains, rain that would have washed away any colorful ABCs I wrote on the ground, you think of me.”

All my love, Ashley.”

To make sure she got her message across, she also left a letter for the woman in the lobby of the building.

The woman got the message.

Woodfolk doesn’t blame the board for having to hear about the complaint. She assumes they heard about it multiple times and had to give her the news because they didn’t want to be harassed.

@roxymigs @Trasherati The board ignored it for as long as possible and even when they called me they were super apo… https://t.co/MTKSfkn3NX

Let’s hope that Woodfolk’s dramatic reaction teaches the woman, and anyone else who wants to make petty complaints, that they should think twice before reporting someone to the board. They just might get a taste of their own pettiness in a glorious way.