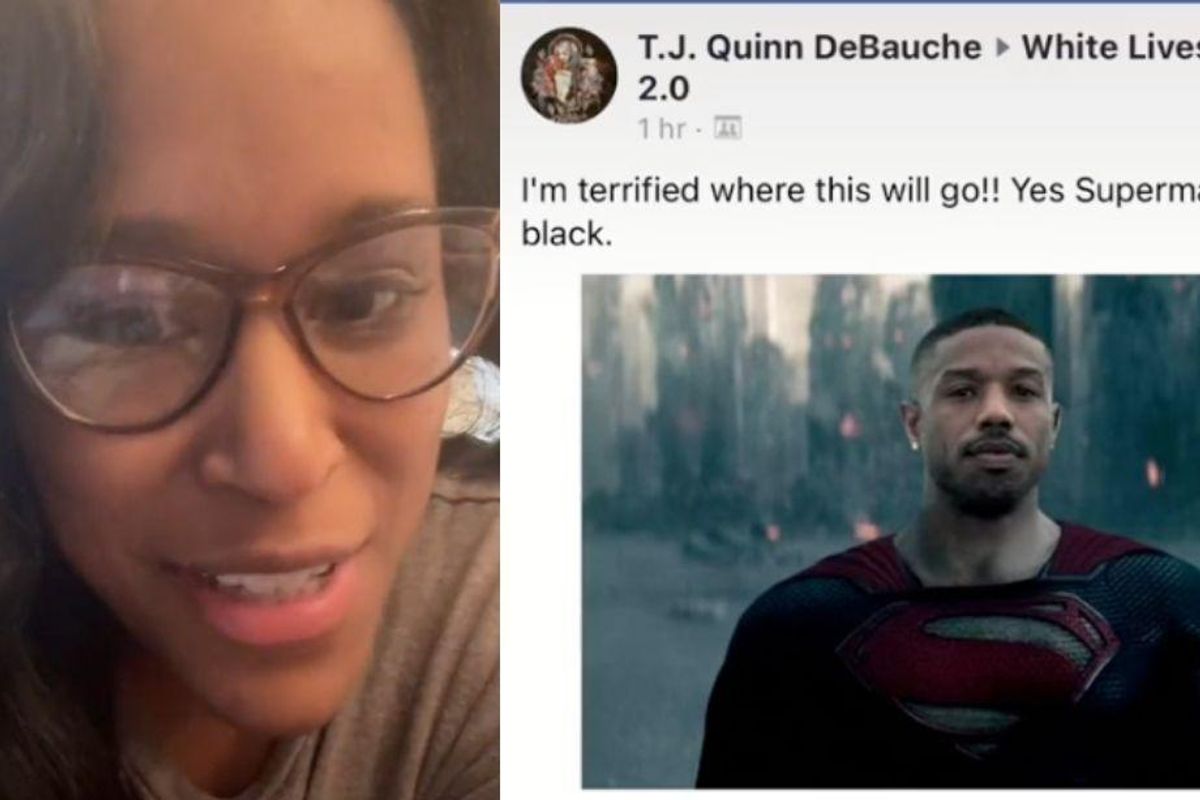 To bring you up to speed on all things Aunt Karen: Bradley created her social media alter ego in 2020 to identify and expose people using racial slurs and derogatory remarks online. Though sometimes her methods can be extreme (like publicly sharing people’s home address, social security number, etc.), Aunt Karen does live up to her slogan of “the devil works hard, but we work harder” by relentlessly forcing bullies and white supremacists to be accountable.

Bradley recently posted a video (currently racking up close to 250,000 views) where she said: “So I have this White Lives Matter group that I secretly infiltrated, but now they know I’m in there. But what they don’t know is that I have four profiles in there—they kicked out one of my profiles, but there’s a ton more. And all of you guys that are helping infiltrate this group, I love you.”

“The trolling in this group is amazing,” she continued, showing a post depicting a picture of Michael B. Jordan as superman, which apparently the group found alarming, as the caption read “I’m terrified where this will go. Yes, Superman is now black.” Yikes. 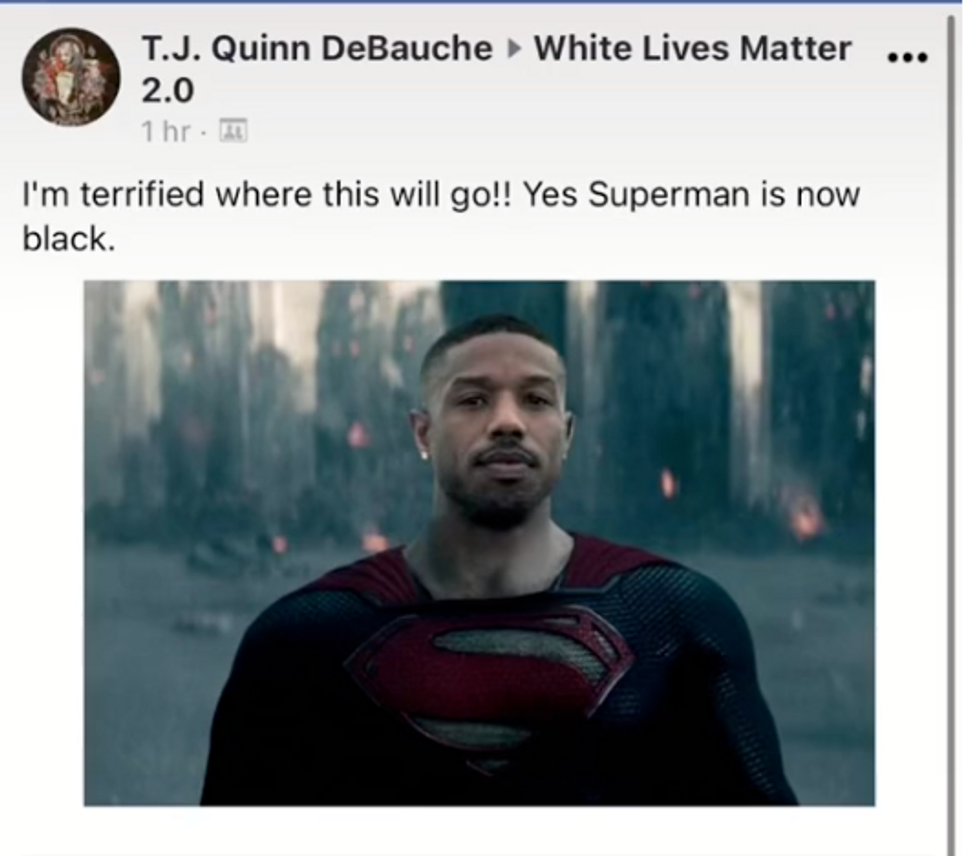 It’s probably no surprise that in infiltrating this group, Bradley easily saw that “every post made was rooted in hatred. At the heart of it all, skin colour was their only excuse for it. They held people of colour (particularly Black people) in such low regard. To them, we’re the root of all problem[s],” according to her interview with Indy100. Which is admittedly depressing, and yet all of Aunt’s Karen’s videos do have an undeniable sense of humor, even while exposing deep-seated racism.

Despite the levity in delivery, Aunt Karen’s purpose is singular and serious: “I want them to feel uncomfortable. They shouldn’t be able to display so much hate and bigotry. They don’t deserve a space on any platform.”

This was said to The Daily Dot after she found yet another white supremacist group on Facebook, with the not-so-clever rebranding of “White Lives Matter 2.0.” I guess some things can be worse than Facebook changing to Meta.

Luckily, Facebook banned the revival group within a day of Bradley’s follow-up video. But not before she revealed a few more posts from the group. You know, things like how “disturbing” it is that the Netflix show “The Baby-Sitters Club” requested fans donate to Black Lives Matter and The Trevor Project (spelled “Trever” in the post and informing us all that the campaign “praises sinners that are gay”). Or photos of Trump and Jesus being the best of friends. Bradley admitted that they weren’t all racist posts. A puppy meme was thrown in for good measure. 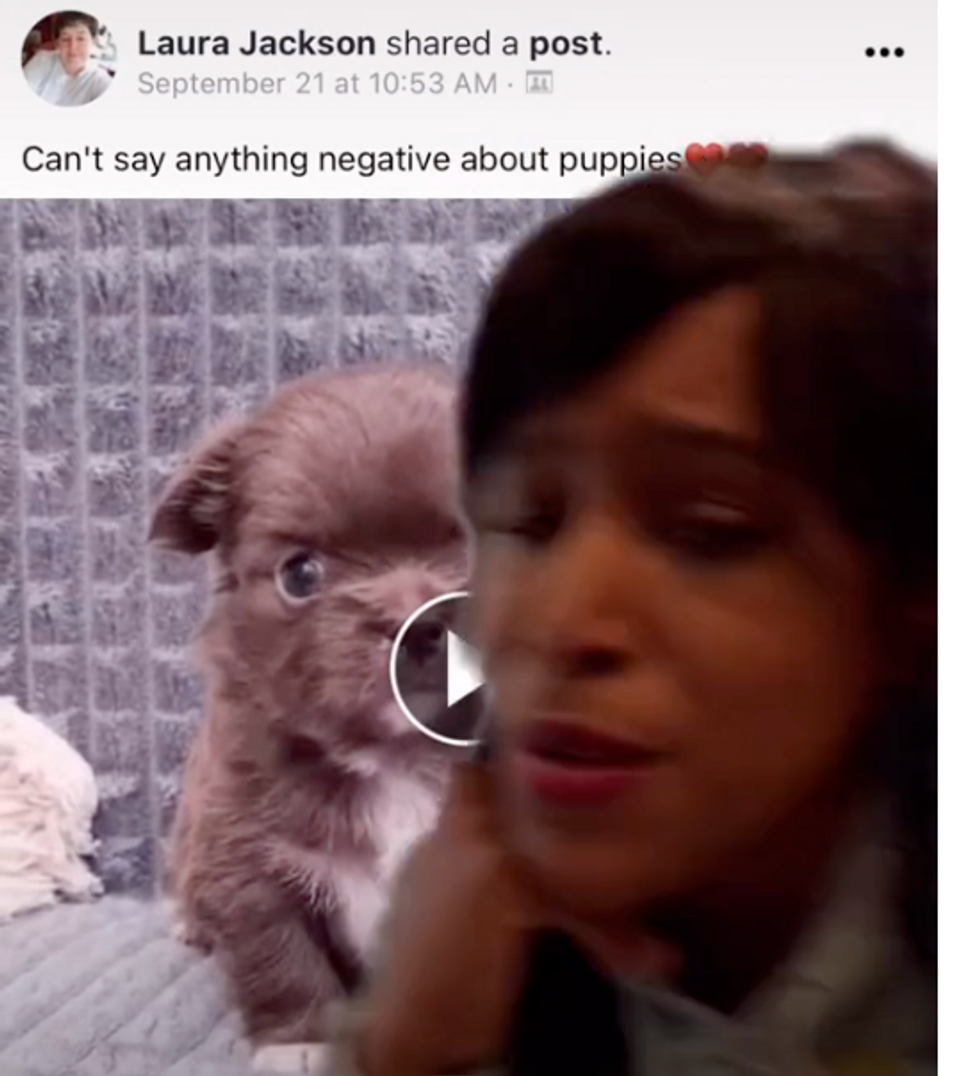 And though some present themselves as moderate by promoting “all lives matter” as a form of racial equality, there are still anti-Black messages. Including, but certainly not limited to referring to Black people as “lazy.” This kind of hate-filled rhetoric and fuel for ongoing systemic oppression must be, as Aunt Karen says, “dismantled.” Though Bradley has a sense of humor about it, it’s (obviously) not funny.

On staying resolute, Bradley told The Daily Dot that “what calms me is my purpose. If anything I do can help take another step towards the end of racism. I’m going to do it.” And in a continuously more digital world, it might as well be taking down racists one tweet or TikTok at a time.