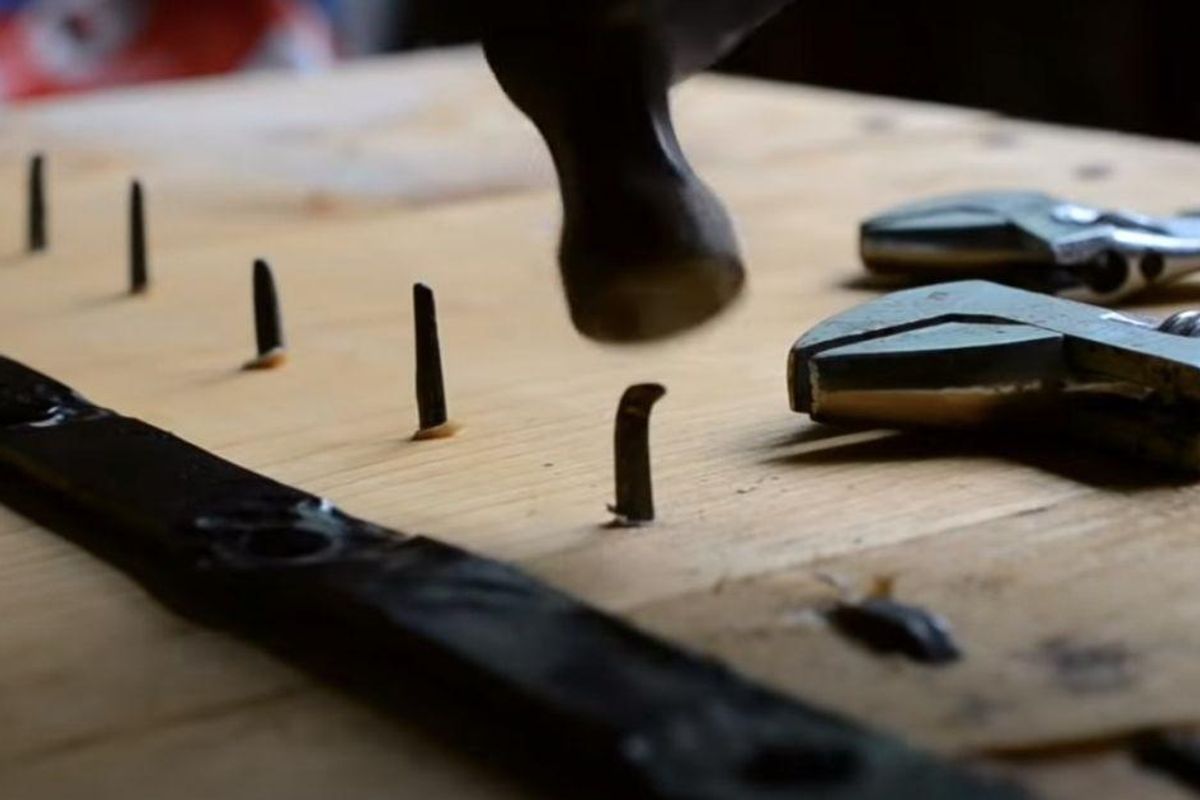 “Old Marley was as dead as a doornail.”

Charles Dickens’ line from “A Christmas Carol” is probably the most famous example of the phrase “dead as a doornail,” but it’s certainly not the only one. Shakespeare used it in Henry IV Part 2: “Look on me well: I have eat no meat these five days; yet, come thou and thy five men, and if I do not leave you all as dead as a doornail, I pray God I may never eat grass more.” An unnamed poet used the idiom for the first time in print in a poem published in 1350, but it’s still not uncommon to hear it used today.

“Dead as a doornail” obviously means dead, deceased, definitively not alive. But why a doornail and not just a nail? All nails are dead by their nature of being metal, right? So why even use a nail at all? Why not “dead as a door” or “dead as a rock”? Those are dead, too. What makes a doornail specifically deader than other dead things?

There’s a surprisingly interesting answer to that question. As it turns out there really is a good reason for specifying a doornail to convey being really, truly dead.

YouTube creator Malcolm P.L., who mostly makes videos about the history of armor, shared an explanation as well as a demonstration of what a doornail actually is:

So it turns out that a doornail isn’t just a nail in a door, but a nail that cannot be removed and reused. Way back when, nails were made by hand and quite valuable. People would salvage and repurpose nails whenever they could. The way doornails were bent and driven into the backside of a door made it virtually impossible for them to be reused as a nail.

So not only are doornails dead simply because they’re nails, but because their future potential for any other use is also dead. They are doubly dead, if you will. Extra deceased.

How many other idioms do we commonly use without knowing their full origins? Let the cat out of the bag? The whole nine yards? Spill the beans? Get someone’s goat?

Language is so fascinating. Time to do some Googling.