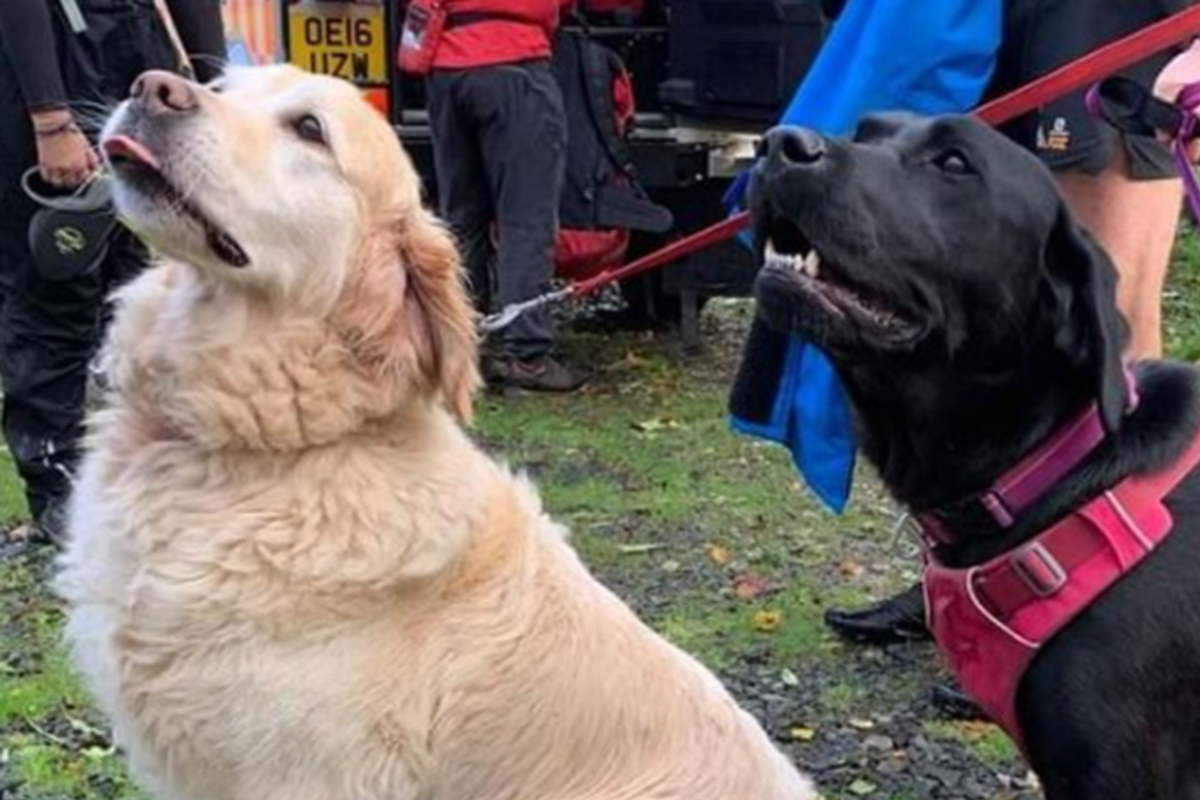 Dogs are keen observers of the human condition. They can become very attuned to our daily behaviors and have the ability to recognize our facial expressions. A dog’s amazing sense of smell also gives them a unique window into our health and emotions.

A dog’s sense of smell is up to 10,000 times more sensitive than a human’s. That gives them the ability to notice if we are ill by recognizing the changes in our body chemistry. They can also tell if we’re depressed by noticing changes in our feel-good hormone levels.

That’s why dogs are known for nuzzling up to people when they feel down.

A pair of dogs in England’s ability to know when something was wrong with their owner may have saved his life.

A 71-year-old man was walking his two dogs, a golden retriever and a black labrador, on Saturday when he became unconscious and collapsed. The man and the dogs were hiking through Braithwaite How, a mountain summit in the Cockermouth to Newlands region in the northern part of the country.

Braithwaite How has an elevation of 564 feet.

After their owner fell to the ground, the two dogs broke up into a rescue team. The black labrador ran down the trail and found a hiker who had walked past them a few minutes before. The labrador barked and motioned for the woman to follow it down the trail.

While one dog was out getting help, the loyal golden retriever stayed by the man’s side to protect him and keep him company. How’s that for teamwork?

When the woman found the man, the golden retriever was right by his side. She then called the emergency number, 999, for assistance.

The dispatcher summoned the Keswick Mountain Rescue Team who sent out a team of 12 people. By the time they arrived, the man had regained consciousness and felt well enough to walk down the hill into an awaiting ambulance. He was then taken to the hospital for further checks.

The rescue team had to be amazed that his dogs were able to coordinate a two-dog rescue plan to keep him safe. They thanked them for their bravery on Facebook.

“Many thanks to the passing walker and the amazing dogs,” the rescue team wrote.

The man who collapsed did a good job in picking the right dogs to accompany him on a hike. Labradors are known to be one of the smartest dog breeds and the golden retriever, among the most loyal.

The smart labrador knew to run and find another human to help and the loyal golden retriever stayed by his side the whole time.

Let’s hope that both dogs got a bowl full of treats when they got home that night because they are a wonderful example of why dogs are known as “man’s best friend.”