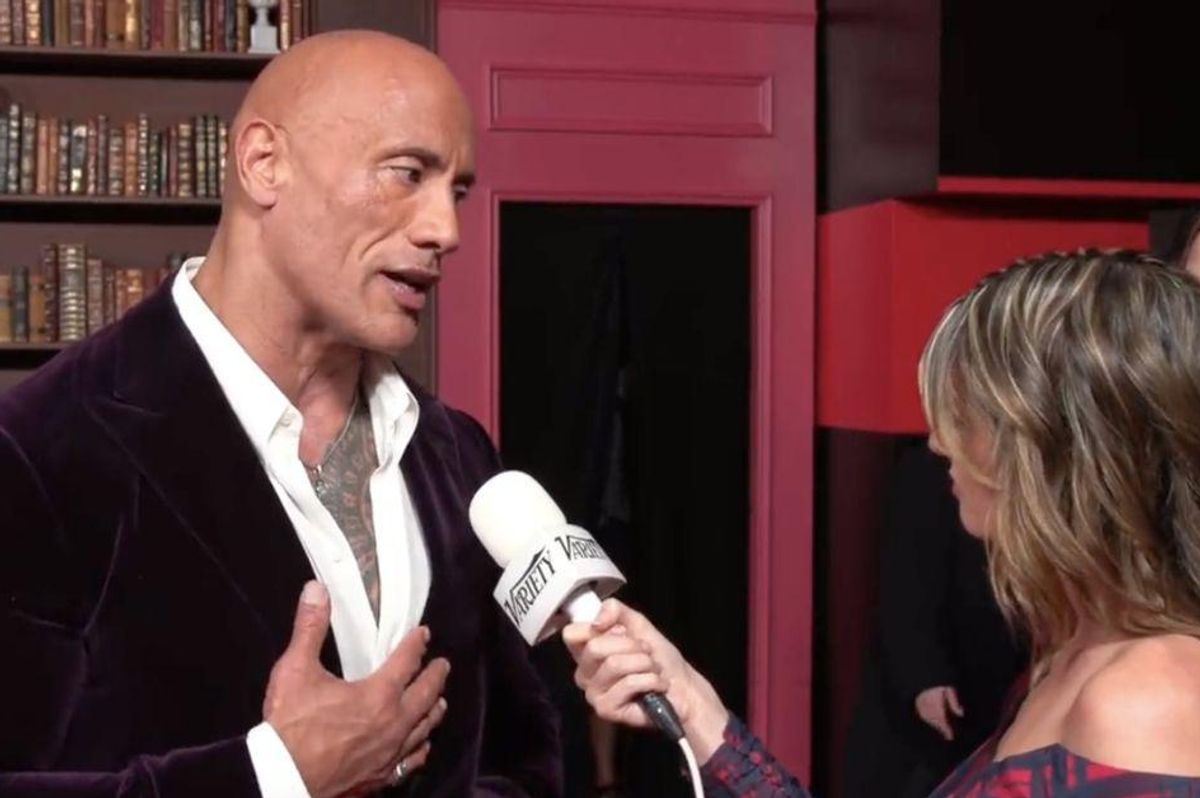 The tragic shooting that took place while filming the movie “Rust” shocked the world. Even if it wasn’t Alec Baldwin himself who pulled the trigger that killed cinematographer Halyna Hutchins, the fact that a gun used in a movie was able to kill anyone during filming is beyond comprehension.

Much has been made of the people involved, the protocols ignored, and the safeguards that could have and should have prevented such a terrible accident. Part of those discussions is the question of why film productions use real guns in the first place. Obviously, authenticity is desirable in a movie—we viewers expect films to look as realistic as possible. But in the day of digital enhancement, computer-generated special effects, and post-production editing tools that can do almost anything, are real guns necessary to achieve realism?

Dwayne “The Rock” Johnson says no. In an interview with Variety, The Rock said that his film production company, Seven Bucks Productions, will not use real guns in any of its films or television shows moving forward.

.@TheRock pledges to end the use of real guns on all Seven Bucks Productions sets, following the death of Halyna Hutchins: “We’re going to switch over to rubber guns. We’re going to take care of it in post. We’re not going to worry about the dollars.” https://bit.ly/3ELUZmiu00a0pic.twitter.com/owKGyg18m0

“It just sucks that it had to happen like this for us, on our end—and I can’t speak for anybody else—but for us to wake up,” he said.

He said that within two hours of learning about Hutchins’ death, he was on the phone with his team to discuss how they could make productions safer.

Several people in the industry shared the dangers of guns on set—even prop guns that fire blanks.

But because this prop gun had a plugged barrel, that means all the blast u2014 1/2 the gunpowder required to propel a bullet beyond the speed of sound u2014 comes out the SIDE of the gun.nnIt blew a hole in the paper and lit it on fire.nnProp guns are guns. Full stop.

“When I was in college, we were lucky to have a teacher who was REALLY good about prop gun safety. He did a demo where he hung a piece of paper from a c-stand and then fired a prop gun BESIDE it, not even pointed at the paper.

But because this prop gun had a plugged barrel, that means all the blast — 1/2 the gunpowder required to propel a bullet beyond the speed of sound — comes out the SIDE of the gun. It blew a hole in the paper and lit it on fire. Prop guns are guns. Full stop.“

Movie armorer SL Huang also chimed in on Twitter with a thread about how many safety protocols were obviously missed or ignored.

(and horrified that I am stumped because it means this was likely so bad, and the failures here likely so unfathomably huge and many)

Huang also shared that “prop guns” are not guns that fire blanks. A prop gun is fake, a replica often made out of rubber. A blank fire gun is a real gun. “Sometimes real guns are used ‘cold’ (unloaded) if either there’s no matching prop gun or if they want a closeup (the props are usually not as nice looking in detail),” she wrote.

However, she reiterated, there are so many measures and checks and protocols that should have prevented this incident many times over.

Sometimes real guns are used “cold” (unloaded) if either there’s no matching prop gun or if they want a closeup (the props are usually not as nice looking in detail), but for wide shots props are fine

Some may feel that The Rock’s pledge to not use any real guns on set is overkill, considering the fact that strict safety protocols, when followed properly, can prevent incidents like the one that killed Halyna Hutchins. But if the same effect can be achieved without the use of real guns, why not go the safer route?

Perhaps it’s worth considering how often guns are used in our entertainment industry. According to research from Ohio State University, gun violence in PG-13 movies nearly tripled between 1985 and 2015. Is Hollywood fueling an obsession with guns, or is America’s obsession with guns fueling Hollywood’s choices? Who knows. But considering the fact that 2020 saw 20,000 Americans die from gun violence (more than double that if we include suicide), which is the highest number in at least two decades, perhaps it’s worth examining.