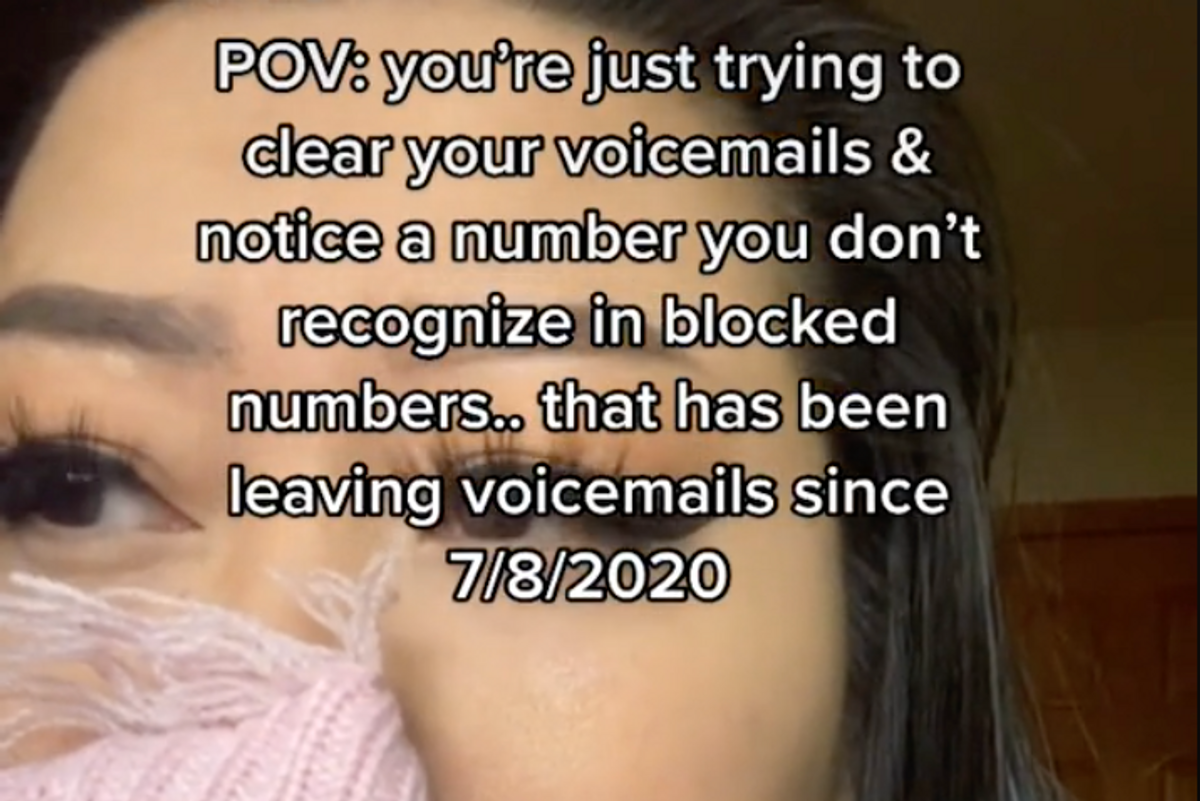 In the midst of grief, we find ourselves doing odd things. Though our efforts will never result in bringing a lost loved one back, we’ll do anything to feel as though they are even a fraction closer to us. Even if that means leaving a voicemail we know will never be heard.

Doing an innocent spring cleaning on her phone, one woman discovered she had hundreds of voicemails left by a stranger, all the same person. Unbeknown to her, she had been receiving these messages since July 2020.

Just what are on these voicemails? She details it in a now viral TikTok video.

In the video, which now has more than 3 million views, the caption reads: “All the voicemails consist of ‘I miss you’ and ‘I hope you’re okay’ and long pauses and what sounds to be soft crying?”

Seconds later, we discover that the messages came from an older woman who lost her husband, and that since 2020, she had been calling his number (which is not his number anymore) to let him know she still misses him. The phone revealed she had consistently rang multiple times a day.

One of the voicemail clips plays, and we hear “It’s just me, you’ve been on my mind. I’ll catch you later, bye.”

The TikTok user, unsure of what to do, asked for advice in the comments section, writing “should I answer her calls or maybe just let her keep leaving voicemails–this might be her way of coping.”

The general consensus can be summed up in one person’s response: “just let her have this.”

As many shared their own experiences, it became clear that this coping strategy is quite common. Feeling like a loved one is still just a phone call away somehow makes the pain a bit more bearable.

One person commented: “I’m still paying my dad’s phone bill 1.5 years later because I don’t want anyone else to have it.”

“I still text my husband. He’s been gone 2.5 years … We know it’s not going anywhere, but we’ve lost the one person we tell everything,” said another.

One of the things we lose when a loved one dies is the chance for real conversation. So many things get left unsaid. We can look at old photographs, sure, but never again will we be able to ask “How was your day?” or exchange “I love yous,” or lightheartedly complain about last night’s episode, or share how much you’ve grown and how grateful you are to have this person in your life (after all, there’s always tomorrow, right?). These are the moments that seem to die as well. So it’s no wonder we cling onto something as simple as a phone number, if it means that we get to really share how important someone was. And still is.

The TikTok user decided to follow the advice, and let the woman hold onto the small piece of comfort by allowing her to keep calling. It’s a small act of kindness that clearly means the world to someone else.