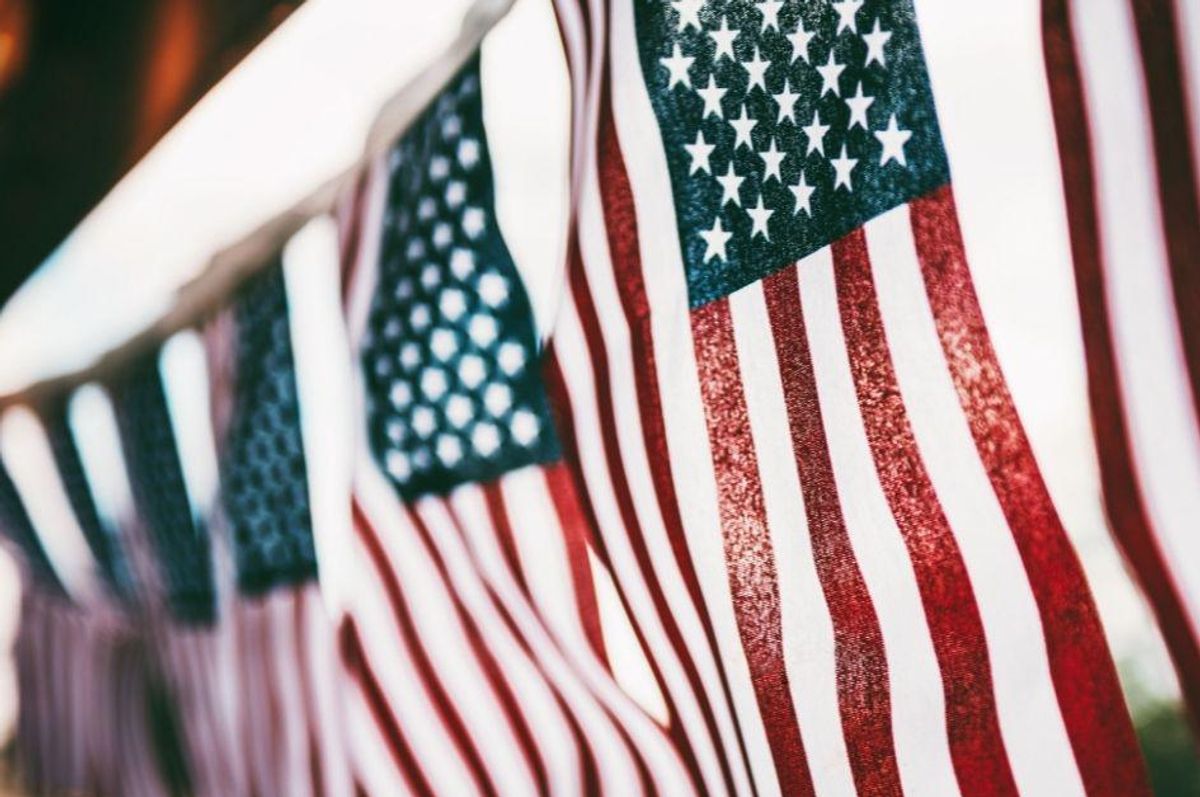 If you attend any Veterans Day ceremony in the United States, you’ll likely see many of the same things. Military personnel in uniform. The Pledge of Allegiance recited and/or the National Anthem played—perhaps even by a military band. Speeches celebrating American freedoms and expressing gratitude for the people who defend them. Salutes and patriotism and pomp. Flags, flags and more flags.

What do we rarely see or hear anything about on Veterans Day? Building peace. And frankly, that’s weird.

It’s particularly weird considering where this holiday came from. Originally commemorated as Armistice Day marking the end of World War I, November 11 was a day dedicated to the cause of world peace in addition to honoring veterans who served in the war. Congress’s 1926 resolution establishing the legal holiday read in part [emphasis mine], “…it is fitting that the recurring anniversary of this date should be commemorated with thanksgiving and prayer and exercises designed to perpetuate peace through good will and mutual understanding between nations.“

Over the decades, it seems the focus of the holiday has shifted away from “exercises designed to perpetuate peace,” toward exercises designed to glorify our armed forces. We don’t talk about building peace on Veterans Day. We use militaristic language to talk about “defending our freedoms,” painting the whole picture with a patriotic brush that tugs our red-white-and-blue heartstrings.

It’s additionally weird to see such a focus when I think about some of the combat veterans I’ve known. The family member who refused to talk about his time in Korea. The friend who flinched at fireworks and still couldn’t stand the sound of helicopters decades after serving in Vietnam. The friend, a few years younger than me, who shut himself in a closet and shot himself in the head after multiple tours of duty in Iraq.

Their sacrifices were real and should be acknowledged. But so should the reality of why they were called to make those sacrifices. Were those wars actually fought to defend American freedoms? Are the sacrifices of our veterans—with their mental health, with their families, with their lives in some cases—always worth it?

We don’t dare say no. To some, it might seem disrespectful—downright blasphemous, perhaps—to even ask the questions. But we owe it to the veterans we honor to consciously weigh the cost of war—and conversely, promote the cause of peace—in our observances of this holiday.

That’s the message Veterans for Peace has for all of us. Founded in 1985, Veterans for Peace is a global organization of military veterans and allies with dozens of chapters and five stated goals: To increase public awareness of the causes and costs of war, to restrain governments from intervening in the internal affairs of other nations, to end the arms race and eliminate nuclear weapons, to seek justice for veterans and victims of war, and to abolish war as an instrument of national policy.

“Veterans For Peace has taken the lead in lifting up the original intention of November 11th—as a day for peace,” states the organization’s website. “As veterans we know that a day that celebrates peace, not war, is the best way to honor the sacrifices of veterans. We want generations after us to never know the destruction war has wrought on people and the earth.”

The call of Veterans for Peace is reminiscent of five-star general President Dwight D. Eisenhower’s statements about war: “I hate war as only a soldier who has lived it can, only as one who has seen its brutality, its futility, its stupidity,” he said in 1946. And in 1960, he said in the opening session of the White House Conference on Children and Youth, “In this hope, among the things we teach to the young are such truths as the transcendent value of the individual and the dignity of all people, the futility and stupidity of war, its destructiveness of life and its degradation of human values.”

Our veterans deserve to be honored. They also deserve to have their experiences recognized as the genuine tragedies that they are, not glossed over or dressed up for the sake of national pride and patriotism.

Let’s ask ourselves: Are our young people getting the message that war is stupid and futile at the same time they are taught to place their hands on their hearts and pay respect to our veterans? Are we explaining to young people how high the suicide rate is among military personnel—and why—when we take them to military parades? Do we share with them, as they witness the pageantry surrounding this holiday, that Veterans Day isn’t meant to be a badge of glory pinned to our nation’s chest, but rather an acknowledgment of a tragic truth—that humanity has not yet learned that war isn’t worth its cost?

As we observe Veterans Day with all the usual ceremonial trappings, let’s focus on finding ways to build peace between all peoples and nations as well. The best way to truly honor our veterans is not merely to thank them for their service and then keep sending them into combat zones, but to actively strive toward a future that doesn’t need them anymore.