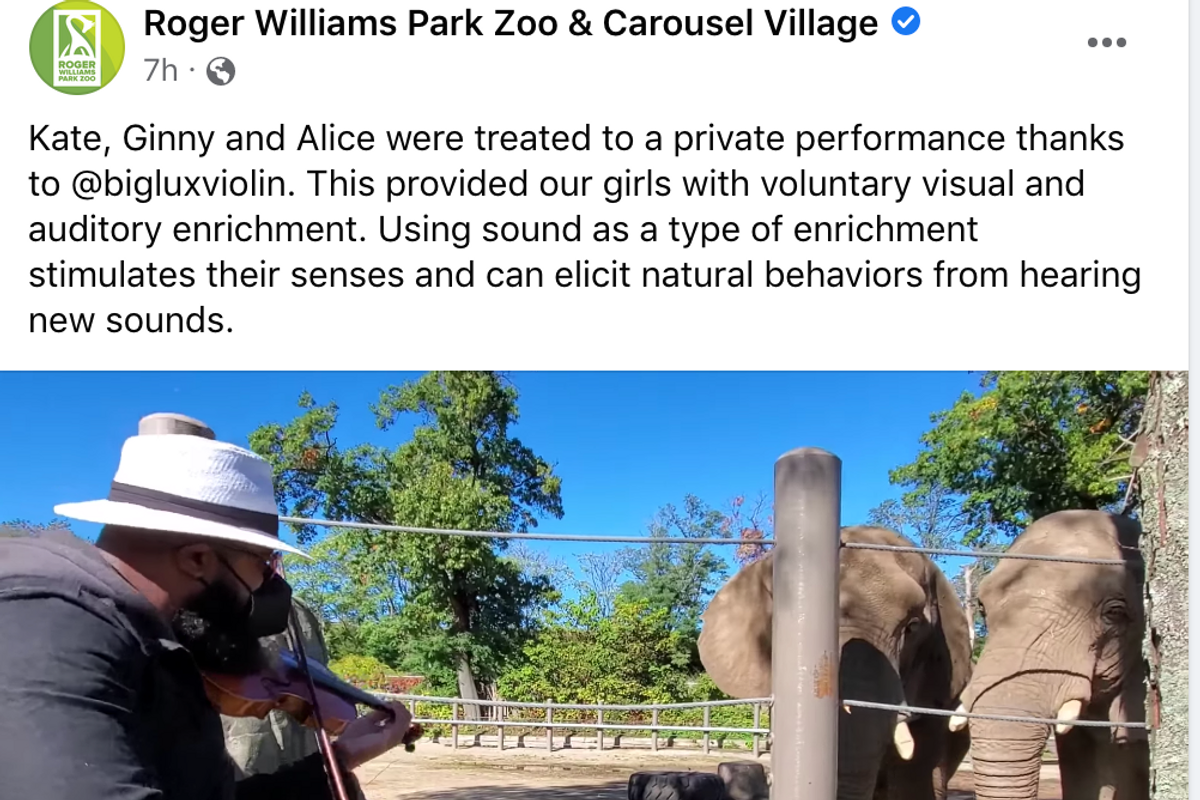 What do you get when you give three elephants a private violin concert? Bliss. Pure bliss.

Kate (the matriarch), Ginny (the middle-slash-problem child) and Baby Alice, beloved residents at the Roger Williams Park Zoo, received their very own V.I.P. show from Kevin Lowther, aka Big Lux. Though Big Lux is classically trained, his style leans toward a unique blend of jazz, bluegrass and hip hop, according to his bio.

Basically, these elephants were in for a really great show.

In a Facebook post, the zoo spokesperson said that the music “provided our girls with voluntary visual and auditory enrichment.” Music, play time and other forms of interaction improves quality of life and “stimulates their senses,” eliciting “natural behaviors from hearing new sounds.” Natural behaviors such as waving their trunks to the beat in the most adorable way, apparently.

One person commented that “music is the language for all beings.” Considering the way Baby Alice (or was it Ginny?) closed her eyes while clearly enjoying Big Lux’s rendition of “Crazy” by Gnarls Barkley, I’d have to agree.

This is not the first private animal concert Big Lux has performed. The army veteran turned violinist was recently featured on “The Kelly Clarkson Show” for serenading beluga whales at the Mystic Aquarium in Connecticut. And oh boy, these belugas seemed happy as clams.

You can check out even more of Big Lux’s music on his website, including a truly gorgeous cover of “Killing Me Softly.” It’s great for both animal and human audiences alike.