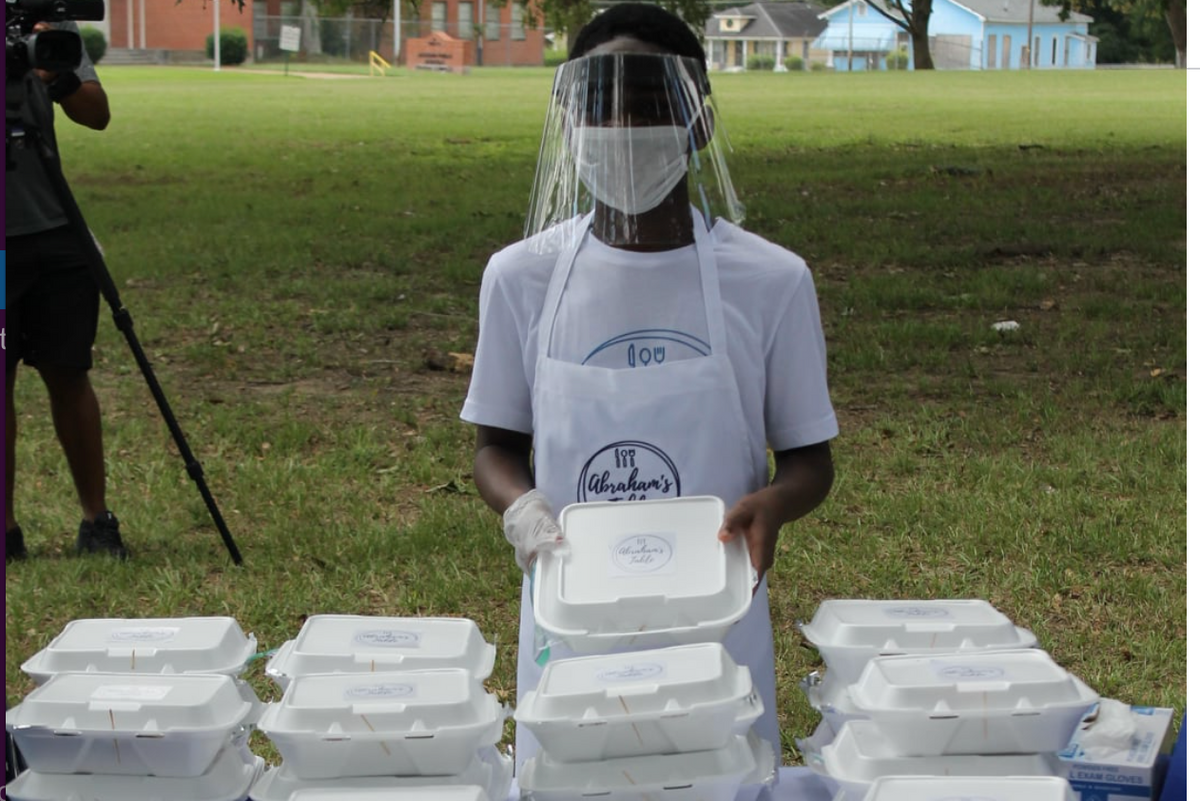 Usually when we think of the Make-A-Wish Foundation, we picture kids getting to meet Batman, or going to Disneyland, even having a (well-deserved) shopping spree.

This generous young boy used his wish to help others.

Thirteen-year-old Abraham Olagbegi, who was born with a rare blood disorder requiring a bone marrow transplant, could have asked for anything from the nonprofit organization. Much to everyone’s surprise, Abraham wished for a way to feed the homeless in his neighborhood.

Abraham’s mother, Miriam Olagbegi, was a bit shocked at the suggestion. She asked her son, “you sure you don’t want a PlayStation?” But Abraham was resolute.

Miriam told CBS News that Abraham shared this unconventional idea coming home from one of his doctor’s appointments. Their family used to feed the homeless every month before Abraham’s diagnosis. And apparently that monthly outing had a profound effect.

“My mom always says it’s a blessing to be a blessing so I just wanted to do something for other people to make it last long,” Abraham would later tell interviewers. I can’t imagine how satisfying it must have been for Abraham’s parents, who actively taught the value of giving, to experience firsthand how their lessons helped create such a generous human being.

The Make-A-Wish Foundation was also floored that the “remarkable young man” would use his once-in-a-lifetime opportunity to give back. Linda Sermons of Make a Wish Mississippi told WLBT that it was the chapter’s “first philanthropic wish in 20+ years,” and a “huge milestone.”

True to their mission, the organization fulfilled Abraham’s wish. By September, with food and supplies donated from churches and local businesses, Abraham was able to help feed about 80 people in one day.

“When the homeless people get the plate, some of them would come back and sing to us and thank us,” Abraham told CBS. “And it just really feels good.” Abraham’s mom proudly added “We’re just very excited to be able to continue on this endeavor. It’s just so rewarding. If I was out there on the streets, homeless, I would want somebody at some point to think of me and to do something special for me. So, that’s what I try to instill in my kids and we just try to pay it forward, by doing what we were raised to do.”

These feel-good moments will continue once a month until August of 2022. And even after that, Abraham plans to create his own nonprofit called “Abraham’s Table.”

Abraham didn’t totally miss out on fun gadgets, by the way. Make-A-Wish also donated a new laptop, ring light and microphone so that he could start a YouTube channel to inspire others. I’d say he’s off to a great start.