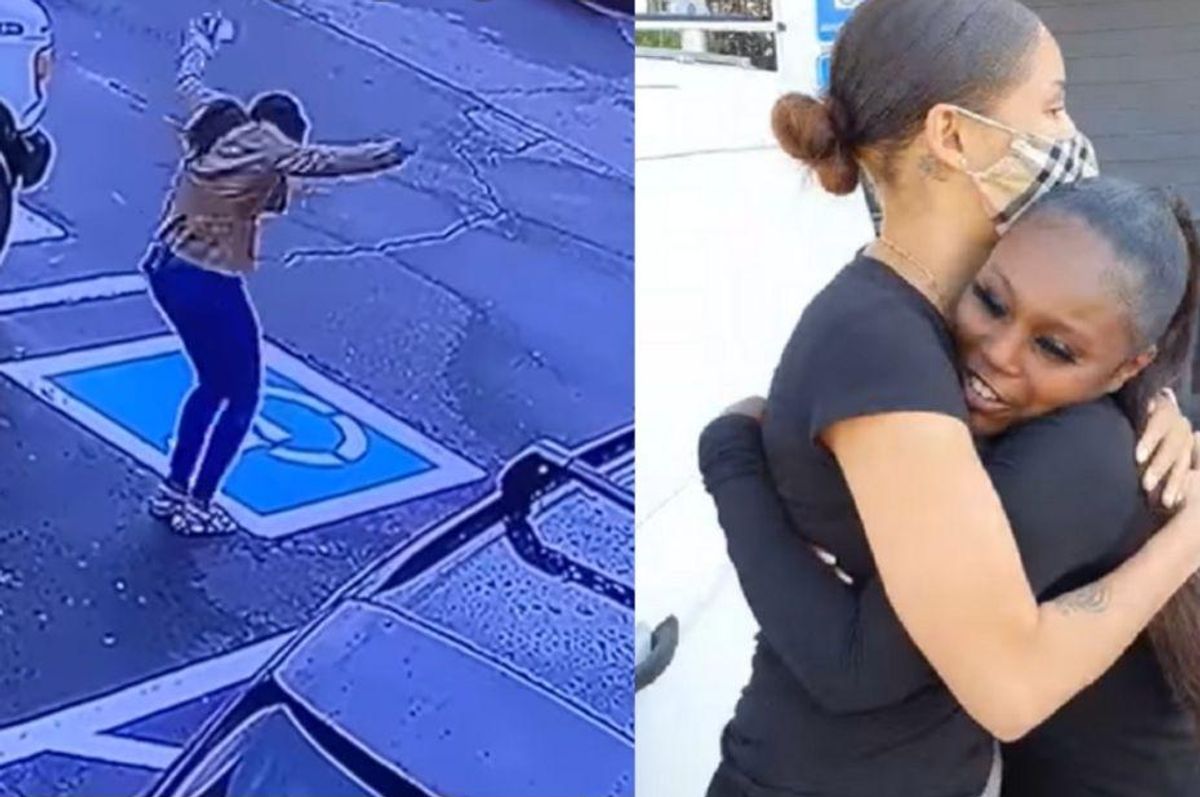 That was the case for 21-year-old Kallayah Jones, and her optimism paid off exponentially.

Jones had been unemployed for months, not to mention homeless for two years, jumping from friend’s houses to her grandparents’ home. Add onto that: having to search for jobs during the COVID-19 pandemic, which I don’t need to tell you is no easy feat. So when she had her interview for a serving position at The Spot Sports Bar and Grill in Georgia, it’s understandable that Jones felt intense anxiety.

And yet, after the interview, Jones gave herself a moment of carefree happiness. And it changed her life forever.

The video of her dance is below:

Jones didn’t even know whether or not she got the job, but clearly felt like she nailed the interview. She would later mention in interviews that she was proud of being her authentic self.

The video shows the young woman carefully looking both ways and then (in what she thought was a private moment) beginning her exuberant parking lot happy dance over a job well done. A “moment of exhale,” she called it. A chance to release that anxiety and lighten up in spite of circumstances.

What Jones had failed to notice during her not-so-secret performance was the restaurant’s security camera, which caught the entire thing.

Dakara Spence, the manager who interviewed Jones, had been through a similar challenge, having been homeless herself for a period of time. Spence told reporters that she knew what it was like to be turned away for not wearing the right attire to a job interview, and that if she ever had the chance to give the same opportunity she had been given, that she was gonna do it.

But Spence’s empathy is not what won Jones the job. After seeing the security camera footage, she hired her on the spot.

One small moment became a viral sensation and pretty soon millions sharing Jones’ story. She made headlines, and was even gifted a check for $15,000 from Ellen Degeneres. And today, both Jones and Spence are great friends.

If you’re wondering how to do Jones’ fun moves yourself, she breaks it down in the video below. She suggests using it anytime you get a blessing or opportunity. But ultimately, it doesn’t have to be her jig. Just do your dance, whatever it is. Cause if Jones’ story is any indicator, being yourself can be the simplest way to allow a miracle.

In times of depressing unemployment stats and bleak headlines about inflation, a special thank you is owed to Jones for reminding us all that pure, unadulterated joy is not only contagious, it’s powerful. That new chapter you’ve been waiting for might only be one dance away.