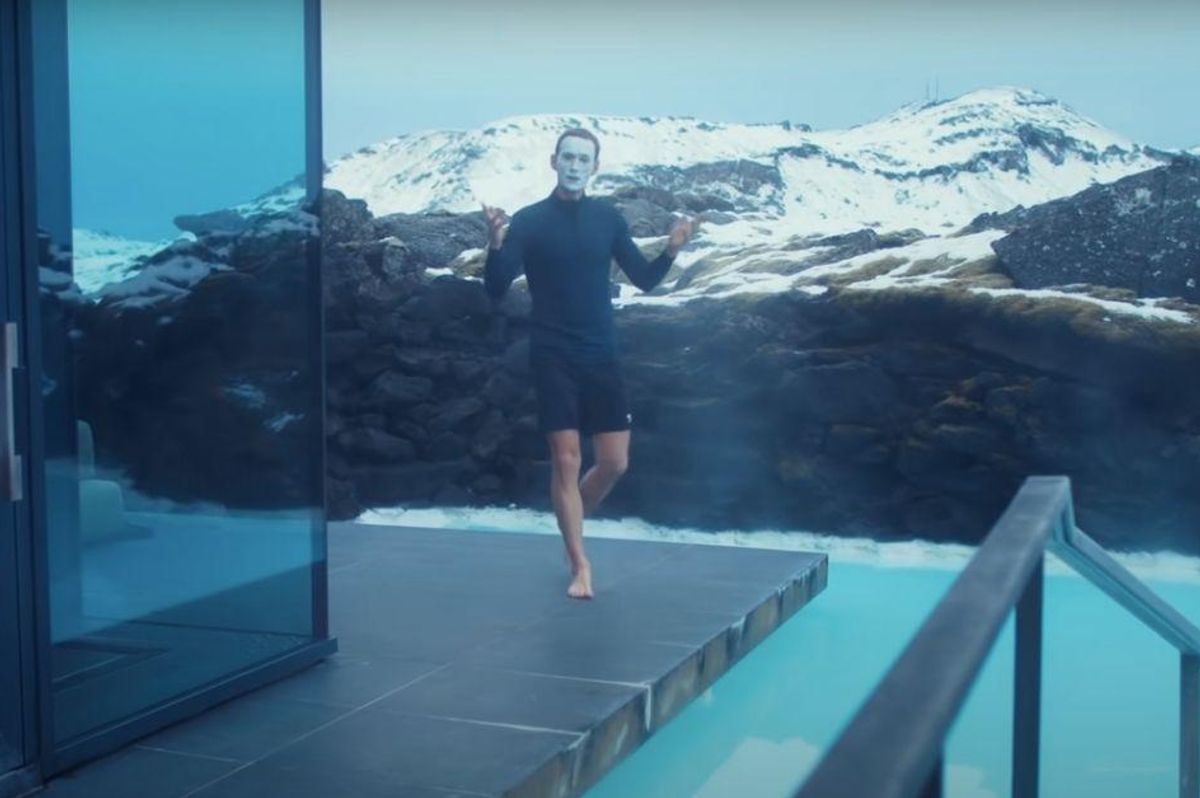 Iceland is known for its dramatic volcanic and glacial landscape and its fascinating culture. (Did you know that Icelanders don’t use family names for their last names? Now you do.) But who knew the Land of Fire and Ice also had a wickedly hilarious sense of humor?

In a tourism promotion ad, the public-private marketing organization Inspired by Iceland introduced the “Icelandverse,” where everything and everyone is real, with no need for “silly VR headsets.” It’s a direct trolling of Facebook founder Mark Zuckerberg’s video introducing the metaverse, right down the narrator’s haircut.

To get the full hilarity of the Iceland ad, watch the first couple of minutes of Zuckerberg’s “Connect 2021: our vision for the metaverse” video, if you haven’t seen it yet:

On the one hand, the metaverse does seem like the next logical step in technology, and there are probably some super cool ways we could utilize virtual internet reality. On the other hand, creepy Matrixy future much, Zuck? To his credit, he does poke fun at his reputation for seeming like an android just after the 5-minute mark, when he says, “I thought I was supposed to be the robot.” (But he also didn’t do a whole lot here to save himself from that reputation, either.)

We’ve all watched too many movies that prompt us to see a virtual-reality-filled future as overly detached and lacking in human connection. What the metaverse will really be like remains to be seen, but that perception—and the general consensus among many that Mark Zuckerberg is … well … odd—is what makes Inspired by Iceland’s promo video so perfect.

Some said an open-world experience this immersive wasnu2019t possible. But itu2019s already here. And you donu2019t even need silly VR headsets. nnIntroducing, Icelandversen#icelandversepic.twitter.com/b1cf1REKl9

Right out of the gate, Zuck gets zapped with a zinger: “Today I want to talk about a revolutionary approach on how to connect our world without being super weird.” (If you didn’t think the first few minutes of the metaverse video was super weird, please go to minute 18:50 and watch for a bit.) The hair, the outfit, the camera work, the “water that’s wet,” the “skies you can see with your eyeballs”—it’s all just delightfully understated, wholesomely clever and perfectly effective.

Now I want to visit Iceland for the volcanoes, the hot springs, the waterfalls, the geysers and the Olympic-level trolling of one of the world’s most powerful billionaires. (Oh yes, and the “really easy-going” people.)

By the way, If you’re curious about what’s on their faces in the hot spring, it’s not sunscreen, but a mask. The Blue Lagoon geothermal spa is known for its blue silica and algae mask that supposedly makes your skin radiant. (Reason #2849 to head to Iceland.)

Well done, Inspired by Iceland. If we can’t get to Iceland in real life, we’ll definitely visit you in the metaverse.