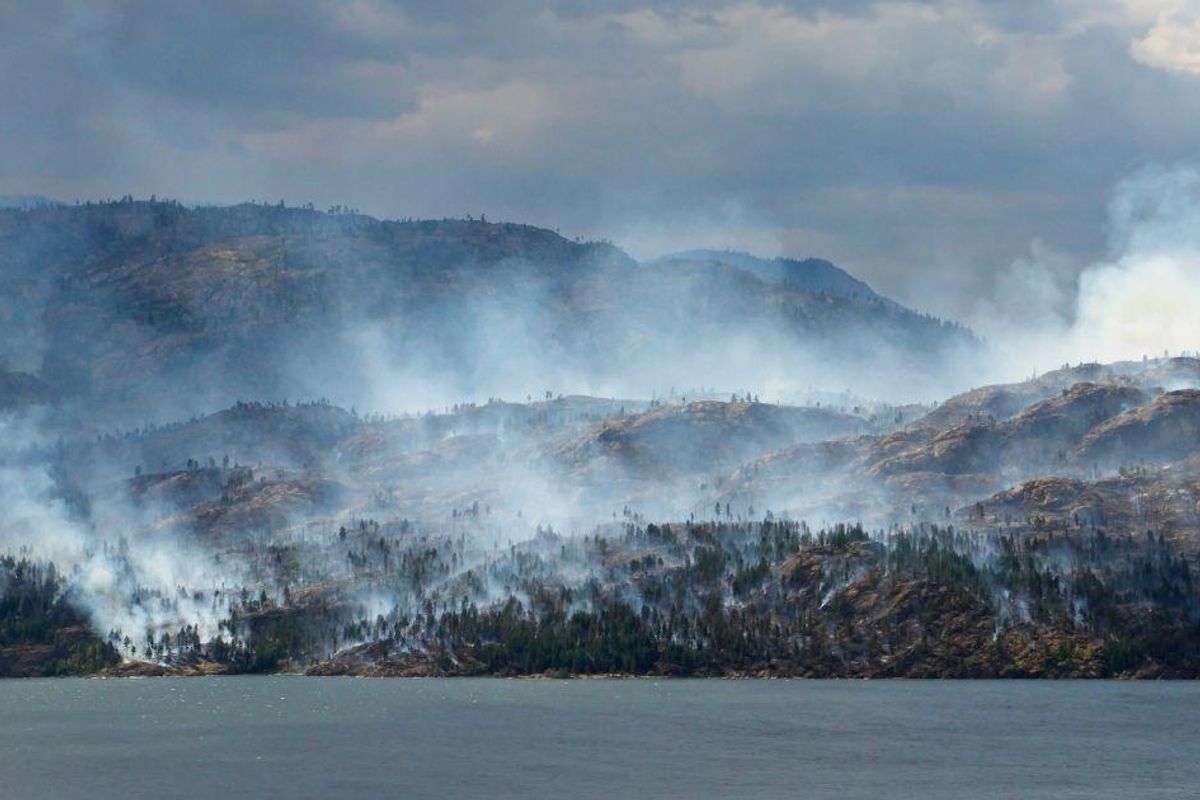 As record-breaking heat and out-of-control wildfires raged in the beautiful Canadian province of British Columbia this past summer, people started arriving to the emergency room of Kootenay Lake Hospital with symptoms of heat illness.

Dr. Kyle Merritt, the head of the emergency department, told the Times Colonist that most of the doctors at the hospital had only seen such heat illness in medical school. Now they found themselves with a flood of it as the temperatures rose.

“We were having to figure out how do we cool someone in the emergency department,” said Merritt. “People are running out to the Dollar Store to buy spray bottles.”

A patient arrived who was struggling to breathe. The smoke from the wildfires in the area hadn’t lifted for days, and the patient’s asthma was being aggravated by it.

When asked why he did it, Merritt said, “If we’re not looking at the underlying cause, and we’re just treating the symptoms, we’re just gonna keep falling further and further behind.”

“It’s me trying to just…process what I’m seeing,” he said. “We’re in the emergency department, we look after everybody, from the most privileged to the most vulnerable, from cradle to grave, we see everybody. And it’s hard to see people, especially the most vulnerable people in our society, being affected. It’s frustrating.”

Merritt said a woman in her 70s who lived in a trailer with no air-conditioning had come into the ER. She was struggling to stay hydrated, and the heat was exacerbating her other health conditions, including diabetes and some heart failure. Patients like her, with multiple health problems and little money, will be the most affected by the climate crisis.

However, we’re all seeing that there’s no escaping its impact. Hundreds died during this summer’s heat dome in western Canada and the northwestern United States. An entire Canadian village was wiped out by wildfire as temperatures reached a record 121 degrees this summer. We’ve been told for years that climate change would result in more extreme weather events, and here we are.

Merritt said he hoped seeing “climate change” on the patient’s chart would prompt other doctors who see it one day to make the connection between their patients’ health and climate change.

Extreme weather affects more than people’s physical health. Merritt says he saw a number of patients already suffering from depression or anxiety have their symptoms worsen during the wildfire season. Wildfire smoke even triggered flashbacks in a patient who was coping with post-traumatic stress disorder from his time as a soldier.

The World Health Organization calls climate change “the single biggest health threat facing humanity” and health professionals worldwide are responding. Doctors and nurses in western Canada held a climate rally at the B.C. Legislature organized by Doctors for Planetary Health—West Coast on November 4. The healthcare workers are calling on lawmakers to act in the face of the growing ecological threat to health and demanding that the provincial government declare a climate and ecological emergency.

Writing “climate change” on a patient’s chart may be unprecedented, but so are the times in which we live. If we are going to keep breaking records each year and keep seeing health-affecting extremes in temperature and weather events, we’re going to have to do unprecedented things. Doctors and nurses are on the front lines, seeing those health impacts firsthand.

Perhaps we should listen to them.