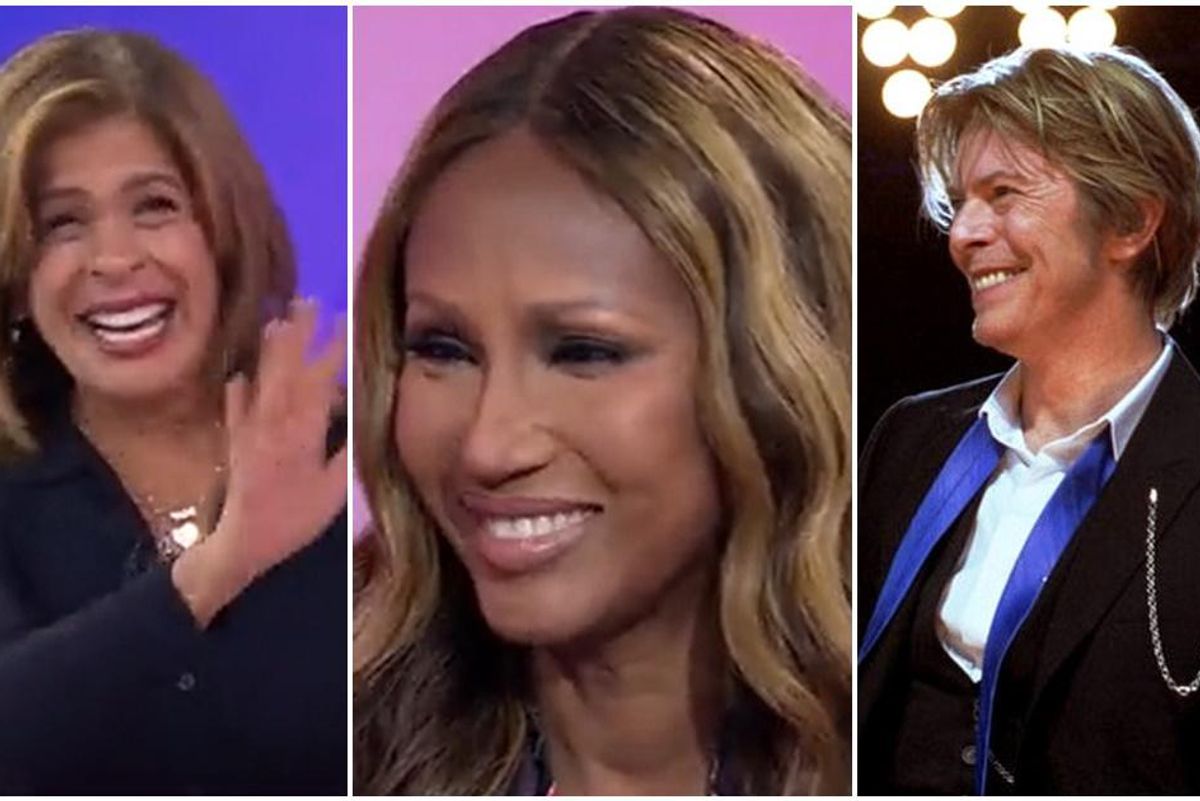 It’s hard to believe that it’s been nearly six years since the world lost David Bowie. One of the most tragic aspects of his death at 69 is he was in the middle of a career resurgence after releasing the critically acclaimed albums “The Next Day” (2013) and “Blackstar” (2016) just days before his passing.

In a rare, revealing interview on “The Today Show,” Bowie’s widow, retired supermodel and entrepreneur Iman, 66, discussed why it’s taken her six years to properly grieve the loss.

The couple were married in 1992 and have a 21-year-old daughter, Lexi Jones, together. Bowie and Iman both have a child from previous marriages.

Iman finally began to grieve properly in 2020 after returning to the couple’s estate during lockdown. In the intervening years, she had neglected her feelings to focus on helping her daughter through the monumental loss.

“I had a daughter who was a teenager when her father passed away, so I was really more concentrated in helping her go through her grief,” Iman said on Today. “But I thought, oh yes, I did go through my grief, but I actually did not.

“Last year, I went to my house estate, this beautiful property that I haven’t spent time there since my husband passed away, and there I was stuck for the year and I was forced to deal with it,” she said. “All of a sudden grief knocked on the door and became a companion. And I went through all of it, and now it is the joy that I remember.”

u201cThis was truly the love of my life.u201dnn@hodakotb speaks with supermodel, philanthropist and entrepreneur @The_Real_IMAN about her marriage with the late David Bowie and the new fragrance she is releasing in his honor.pic.twitter.com/VPM2xS6JG1

Iman is happy that she’s reached a point where she can finally embrace the joyous aspects of her 24-year marriage to Bowie.

“I think there are days that are harder than others,” she said. “I don’t think it will ever go away, but the acceptance of it, and the remembrance of the joy, rather than saying every memory that, ‘Oh, I wish he was here, I wish we could experience this together.’ Now I remember the 26 joyful years I had with my husband.”

Iman had an immediate response when her daughter asked if she’d ever get married again.

“No,” she told Hoda Kotb. “People say to me when they talk, ‘Oh I loved your late husband,’ and I said, ‘He’s not my late husband, he’s my husband,’ so that’s how I feel about it. This was truly the love of my life, and I just wait until I meet him again.”

u201cAt the end of our days, the only thing we will have, if we are lucky, is our memories.u201dnn@The_Real_IMAN brings @hodakotb to tears discussing David Bowie.pic.twitter.com/irikivJCLU

Bowie isn’t around any longer, but Iman cherishes the memories the two were able to create and holds them close to her heart.

“I think at the end of our days, the only thing we will have if we are lucky is our memories,” she said to a crying Kotb. “That’s the thing that we will have and will sustain us after the person passes away.”