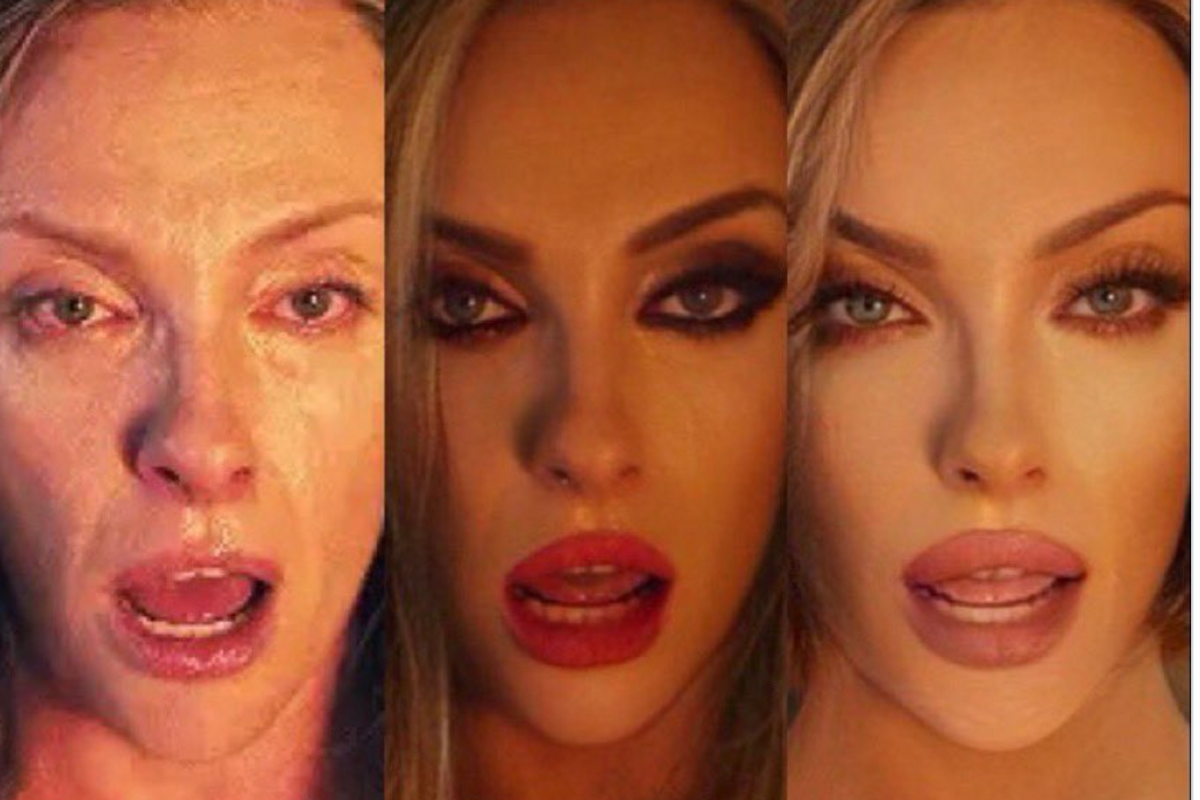 Jumping off of the LGBTQ term “YAS, queen,” a phrase made mainstream by shows like “RuPaul’s Drag Race” and “Broad City,” to “yassify” means to drastically glam up an image using heavy editing, usually through FaceApp. Click that slay button for contoured cheeks, thick eyelashes and ultra-defined eyebrows, and voila, you are yassified.

As it turns out, the beauty-app-trend-turned-hilarious-meme-with-a-dash-of-queer-slang has about as many layers as a yassified photo.

The trend started to fly off the handle after Toni Collette got yassified in a still from the horror film “Hereditary.” Her transformation is almost more eerie than the movie itself.

imagine explaining this to someone not on twitter pic.twitter.com/916DOJCEHg

Denver Adams, an art student in Nebraska, really took things up a notch by creating @YassifyBot on Twitter. Receiving thousands of requests, the Yassify Bot applies filter after filter, careful to not lighten skin tones so that people of color don’t appear more Caucasian, which the app problematically does. Still, that doesn’t stop them from applying crazy makeup and gender swapping. Cause why not?

​The Yassify Bot magically turned Joe Biden into the Dos Equis’ “Most Interesting Man in the World,” with esteemed Vice President Kamala Kardashian by his side.

We’re so lucky to have them in office 🙏 pic.twitter.com/UO38MemKTF

​Mrs. Doubtfire is now QUEEN Doubtfire. All hail the queen.

Honestly I thought Abraham Lincoln was attractive before. But now THIS. Hello SLAYbraham.

British Bake Off’s Paul Hollywood is dishing out looks instead of handshakes.

The Doll from “Squid Game” is ready to slay more than just the players.

Daniel Kaluuya, Get Out of here with that glam

As a Maggie Smith fan, this one was my particular favorite.

Sorry, Mark Zuckerberg. Even as a beautiful woman, you cannot sell me the Metaverse.

As with any successful meme, yassification has now evolved into the wordplay stage on Twitter.

The trend is now a strange hybrid between satire and celebration. On the one hand, it begs us to look once again at the bizarre beauty standards we place on ourselves with all the digital enhancements at our disposal.

Adams told BuzzFeed News, “This app is genuinely used by people. I think there’s a conversation to be had about how unhealthy that culture is.” No doubt we’re used to seeing this undeniably warped sense of beauty flood magazine covers and social media. Yassifying just takes it to the nth degree.

On the other hand, this flamboyant embrace of camp also reflects the performance art spirit of queer culture. Think of the dramatic drag shows, theatrical fashion, the viral limp wrist movement … even the term “YAS queen.”

The real difference between the two sides is awareness. One is hiding behind a mask, and one is expressing authentically through the mask. Or in this case, filters.

Whether it actually changes the public’s perspective on either subject, the yassification trend is at least serving up some laughs, along with some serious face.