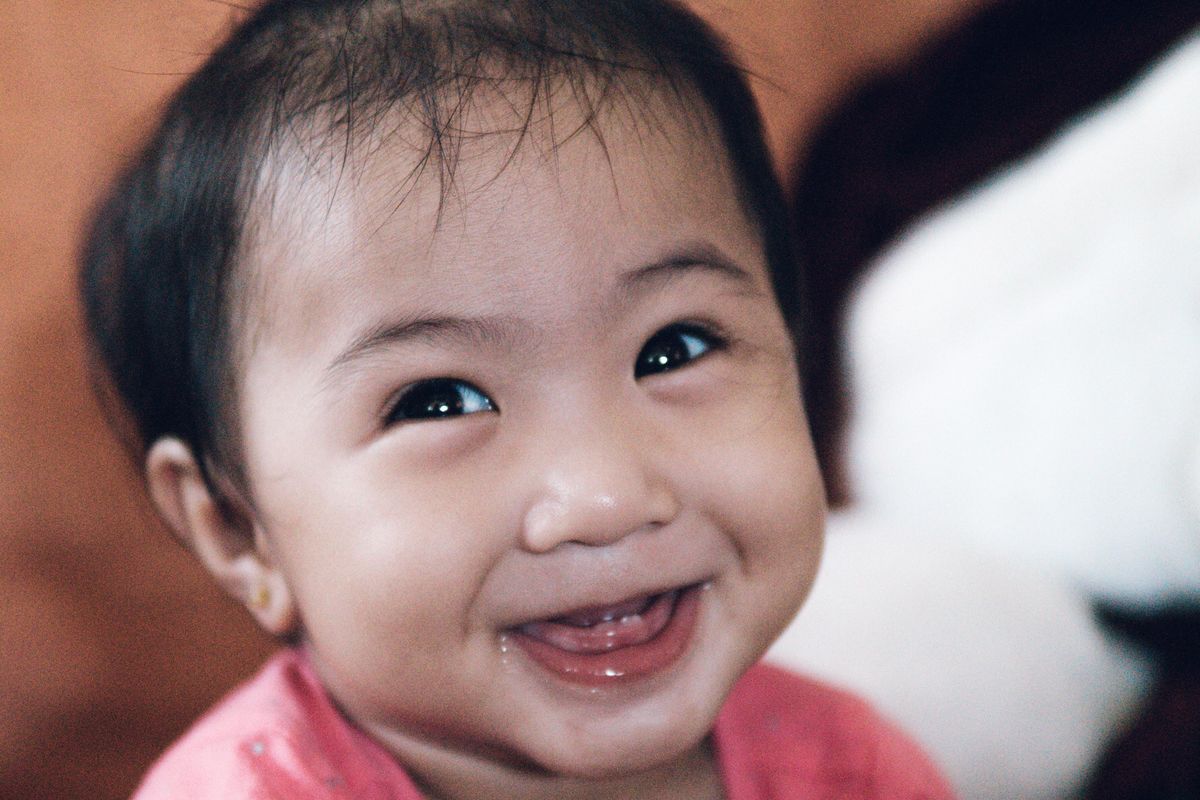 Before there are words, there is laughter. Babies make gigglefests look easy. They laugh at everything from traffic jams, to dogs and cats, to mommy and daddy tying their shoes. No punchline necessary. LOLs abound.

As sweet as it is, a mystery still remains. Exactly why do babies laugh?

Developmental psychologist Caspar Addyman aims to answer this question. And he takes his job very seriously, tirelessly conducting experiments to study human behavior. His subjects? Babies. His research? Laughter. That’s right. Someone spends all day listening to the innocent giggles of small children. Arguably the best job in the world, second to petting cats.

Addyman’s baby laughter studies have inspired some other innovative and creative projects, such as the Shake, Rattle, and Roll (play specifically made for babies to make them laugh) or Imogen Heap’s Happy Song, which she collaborated with Addyman on. And though his research was making headlines a year ago, it’s once again going viral. Because his findings are simple, heartwarming and profound.

Collecting parents’ observations of their baby’s laughter—ages ranging from newborn to 2.5 years old—Addyman would ask when the baby’s first laugh was, if mommy or daddy was funnier and if certain toys inspired more chuckles than another. Through his worldwide studies, Addyman gained these insights:

Peekaboo is the ultimate funny. 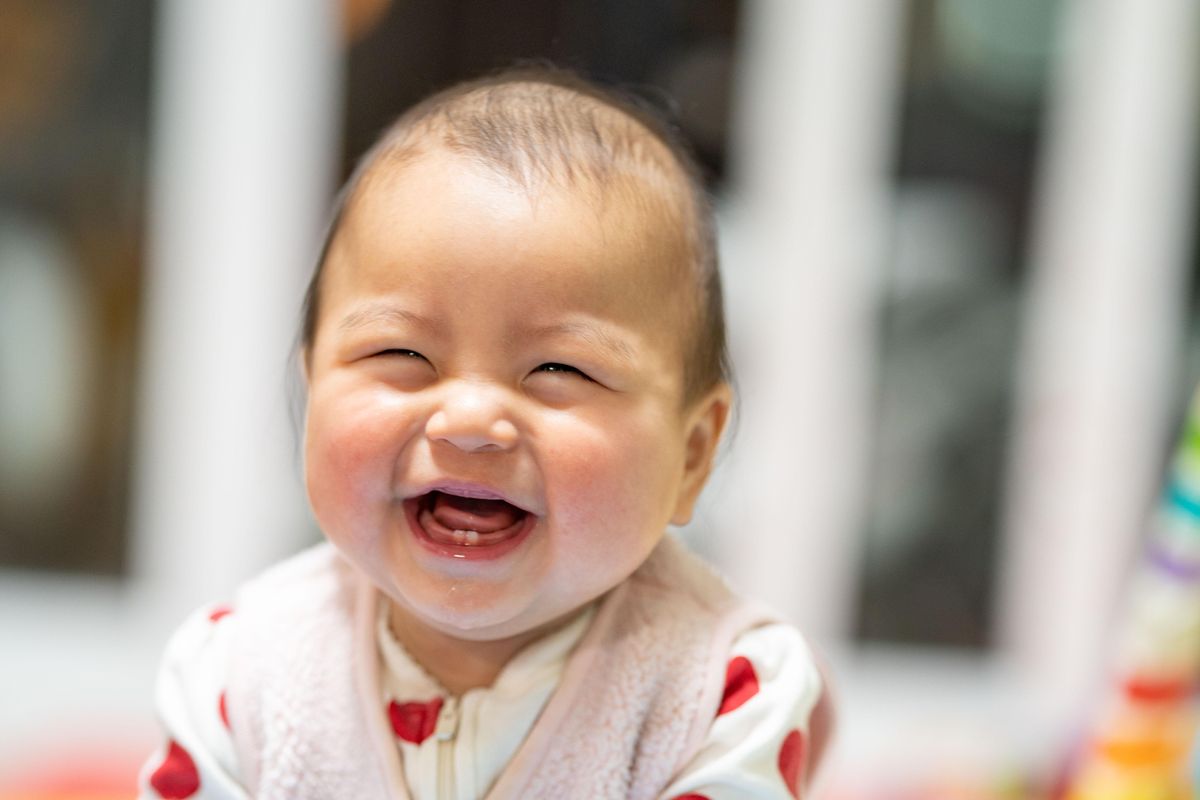 To no parent’s surprise, peekaboo is a never-ending barrel of laughs. But what about it is so funny? One of the reasons, according to Addyman, is that babies have no concept of time. So each time mommy or daddy magically disappears, it comes as a shock. Then when the beloved parent comes back, the surprise is a riot. But the fun doesn’t stop there. As babies develop a sense that a mom or dad will come back, the game evolves into delightful anticipation. That’s why even 2-year-olds still find peekaboo amusing.

Tickling is the second contender. 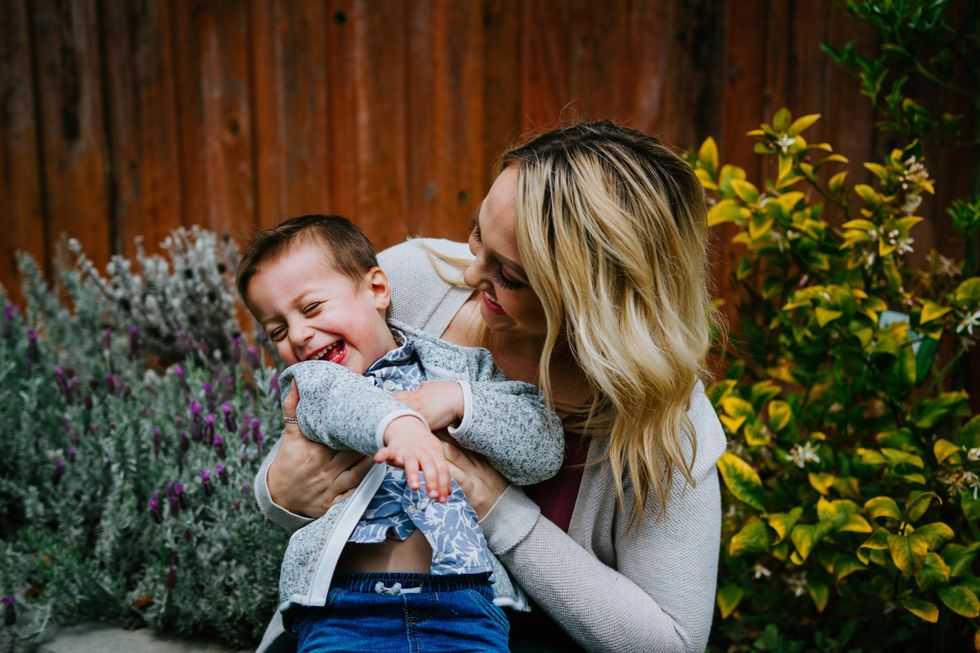 Though this one has the bonus of physical stimulus, the most important factor is the social context. Which is why receiving a tickle from a stranger is terrifying, where a tickle from mommy is welcomed and hilarious. Addyman says that tickling also developed from an even older communication ritual: “Tickling has deep evolutionary roots that come from being a mammal. It’s partly related to grooming, a vital function that is also pleasurable.” Tickling, like grooming, is a one-on-one trust-building experience.

When it comes to laughter, the more the merrier. 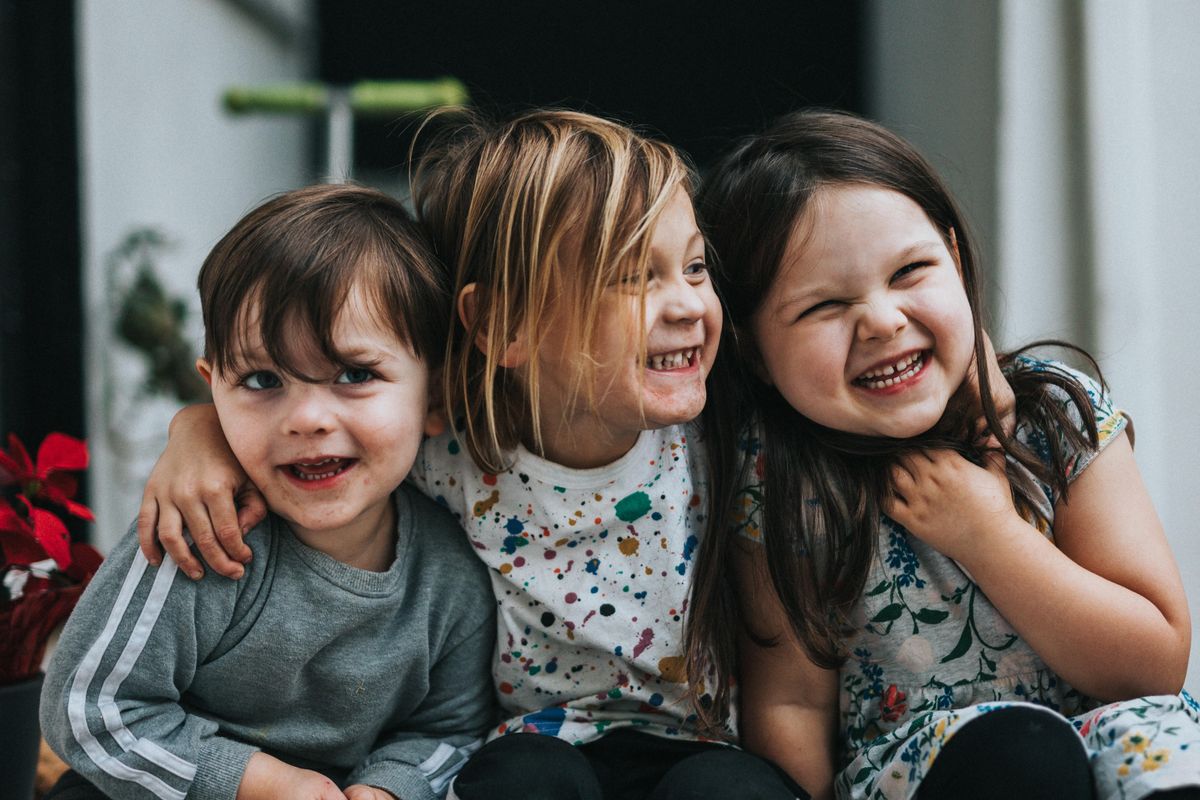 When a cartoon played to a group of preschoolers, they laughed eight times more than when that same cartoon played in front of a single preschooler, alone. This implied that laughter is primarily a social tool of communication. “It’s a genuine signal that you send when you’re in a relaxed and comfortable situation,” Addyman says in his interview with TED. He noted that even the preschoolers who watched the cartoon alone would often look toward the researchers during the funny bits. Laughter gives us a sense of belonging. 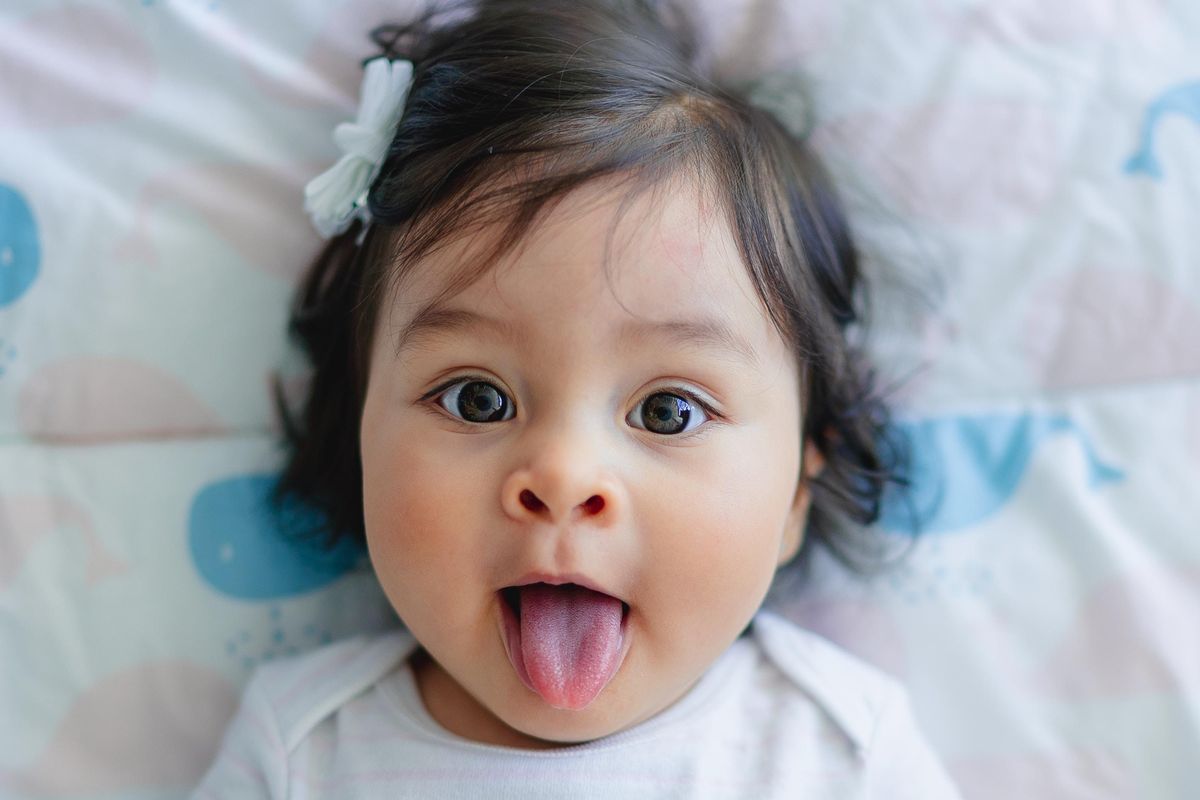 Babies do not instinctively find joy in another’s pain. Addyman’s studies showed that babies were more likely to laugh at themselves falling over, versus someone else. Schadenfreude, therefore, seems to be a concept we learn in adulthood to cope with the harsh realities of life, rather than something we’re born with.

Mommy is no less funny than Daddy. 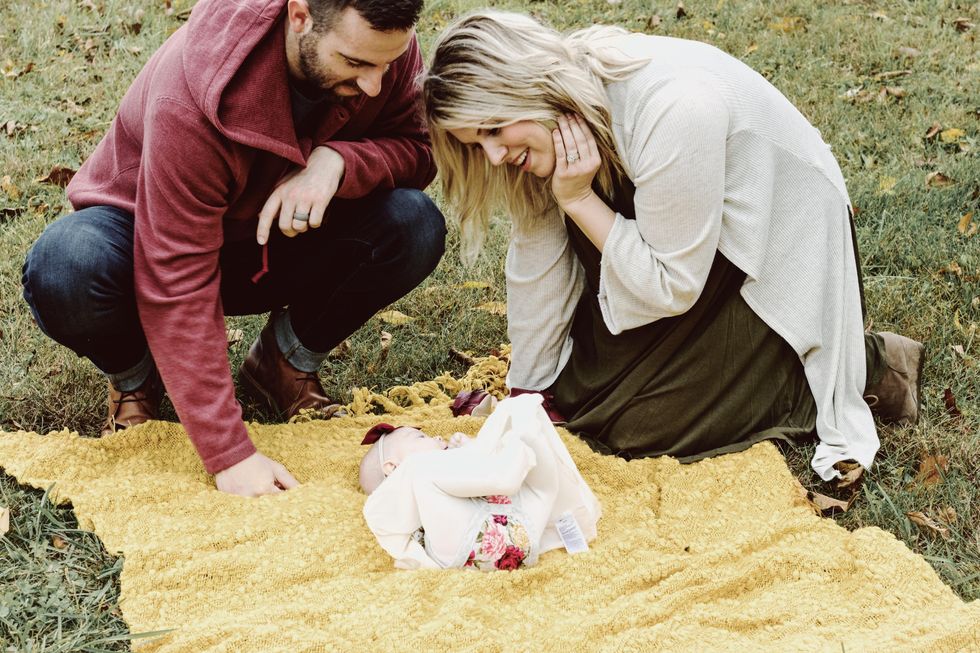 Both mom and dad seemed to score equal amounts of funny points. However, parents also reported that their sons laughed close to 50 times a day, whereas their daughters seemed to only chuckle around 37 times. The divide, Addyman says, could be due to how the behavior is “reinforced by the parents … If you think your boy baby is laughing more, you may try to make them laugh more.”

The key ingredient to laughter: LOVE. 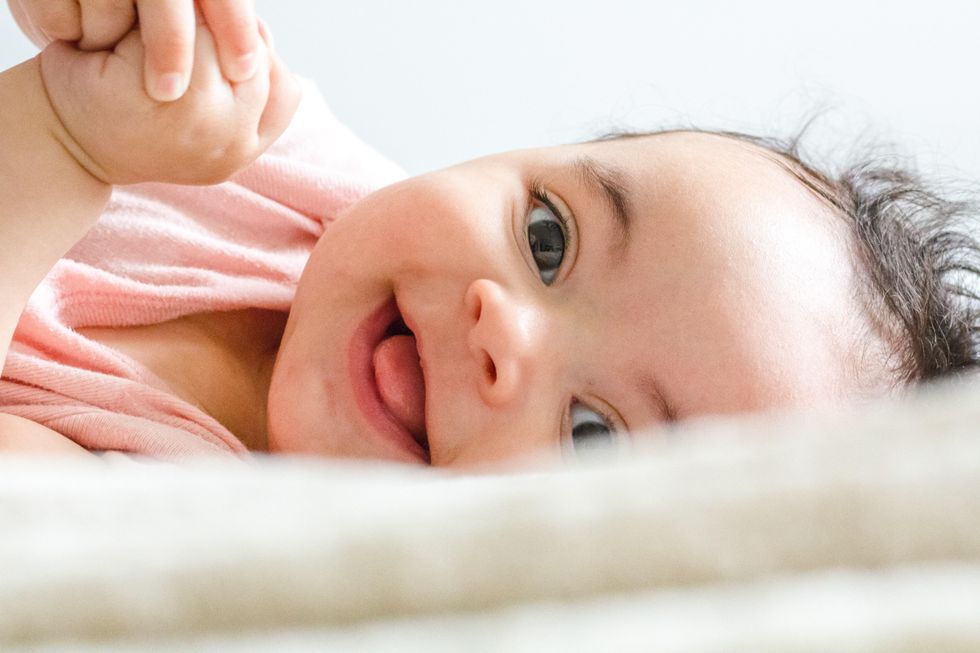 “Happiness is greatest when we’re with our loved ones,” Addyman says. Human connection is far more impactful than a puppet or a toy. Hence the power of peekaboo. More than anything, a baby is looking for pure social interaction and undivided attention from their adult protectors. Their laughter is a way of having a heartfelt conversation.

Addyman admits that in a grown-up world, laughter might not come as easily. But he says the first step is to do what babies do: just be in the moment. “Babies laugh more than us because they take the time to look around,” he says. Addyman thinks that a baby’s pure, (literally) unadulterated laughter might be an expression of “flow,” a term created by psychologist Mihaly Csikszentmihalyi to label that joyful state where you’re so fully immersed in the present moment, you can’t help but enter bliss. Considering how effortlessly a baby can reach joy, it seems he’s onto something.

Plus his own studies are far from over. Next Addyman plans to explore how a baby’s laughter plays a role in their learning process. There’s still so much to learn, and laugh at.

By the way, you can watch Addyman’s inspiring TEDxBratislava Talk on laughter via YouTube. It’s great for all ages.