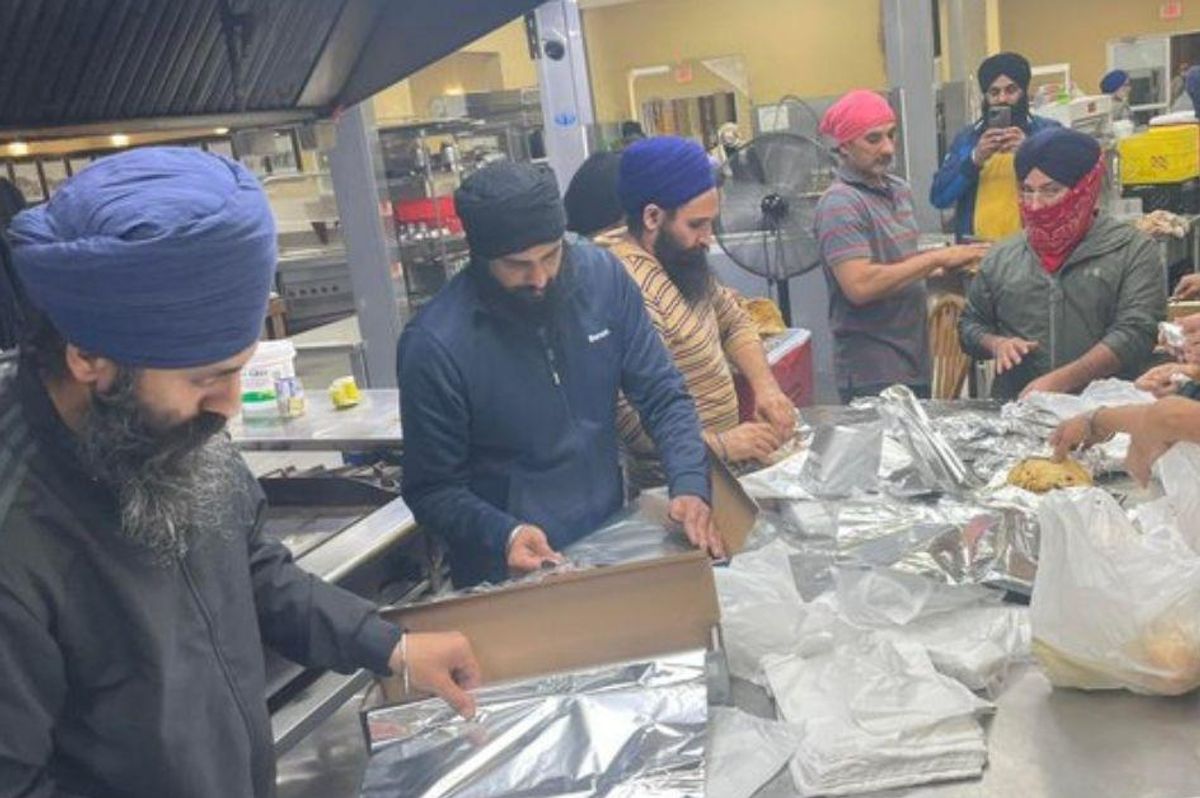 If you haven’t seen what’s happening with our friends up in western Canada, it’s not great. After enduring a record-breaking heat dome and deadly wildfires this summer, residents of British Columbia are now dealing with massive flooding and mudslides. A state of emergency has been declared after a massive storm—an “atmospheric river” that officials have called a once-in-a-century event—dumped a month’s worth of precipitation in 24 hours.

An entire town of 7,000 people was evacuated, and areas of other cities have been evacuated as well. The entire city of Vancouver got cut off from the rest of Canada, with every roadway and train line blocked or destroyed by water or mud. It’s unprecedentedly bad.

Thankfully, we’re seeing stories of helpers and heroes emerging from the disaster.

There are so many good people.

The Sikh community is known for its sewa, or selfless service, and natural disasters provide plenty of opportunity for demonstrating such service. Volunteers from Surrey’s Dukh Nivaran Sahib Gurdwara have cooked more than 3,000 meals for people stranded by the storm.

“So many people stuck there and they have no food,” Narinder Singh Walia, the gurdwara’s president, told CTV News. “We are trying to reach them with food and blankets and other stuff.”

Not only did the Sikh community come together to prepare the meals, but they also arranged for a helicopter to deliver the meals to areas cut off by road and train—a much-appreciated act of service, especially for the truckers who are unable to get home.

A huge shout out to the Sikh community from Kamloops. They brought fresh cooked meals for all stranded truckers. They are preparing/delivering these to all, in need. Community ❤

Neerha Walia of the Gurunanak Food Bank told CTV News that they were in contact with local authorities and churches to get the food, blankets and other supplies where they were needed. She also said they were renting a plane on Thursday to go to the hard-hit towns of Merritt and Kamloops.

In the meantime, a steady stream of donations is pouring into the gurdwara as community members look for some way to help out.

People helping people in selfless service is what it’s all about. Thanks to the Sikh community for continually showing us how it’s done.