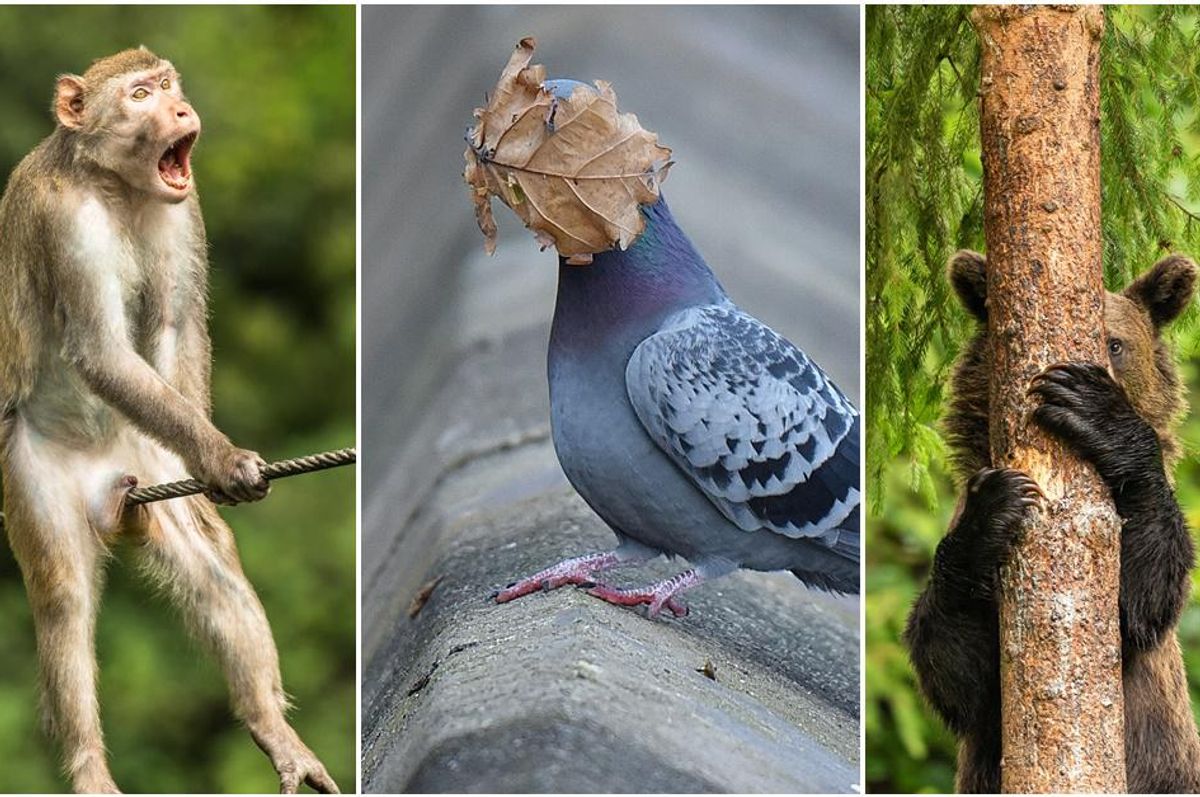 Six years ago, the Comedy Wildlife Photography Awards started humbly as a small photo contest. But it’s grown to be a worldwide renowned competition seen by millions across the globe. The photos are always funny but they come with a serious message: We need to protect the natural world.

This year’s winner is “Ouch!” a photo of a Golden Silk Monkey who appears to have injured the family jewels by landing on a wire with his legs open. The photo was taken by Ken Jensen in 2016.

“I was absolutely overwhelmed to learn that my entry had won, especially when there were quite a number of wonderful photos entered,” Jensen said in a statement. “The publicity that my image has received over the last few months has been incredible, it is such a great feeling to know that one’s image is making people smile globally as well as helping to support some fantastically worthwhile conservation causes.” 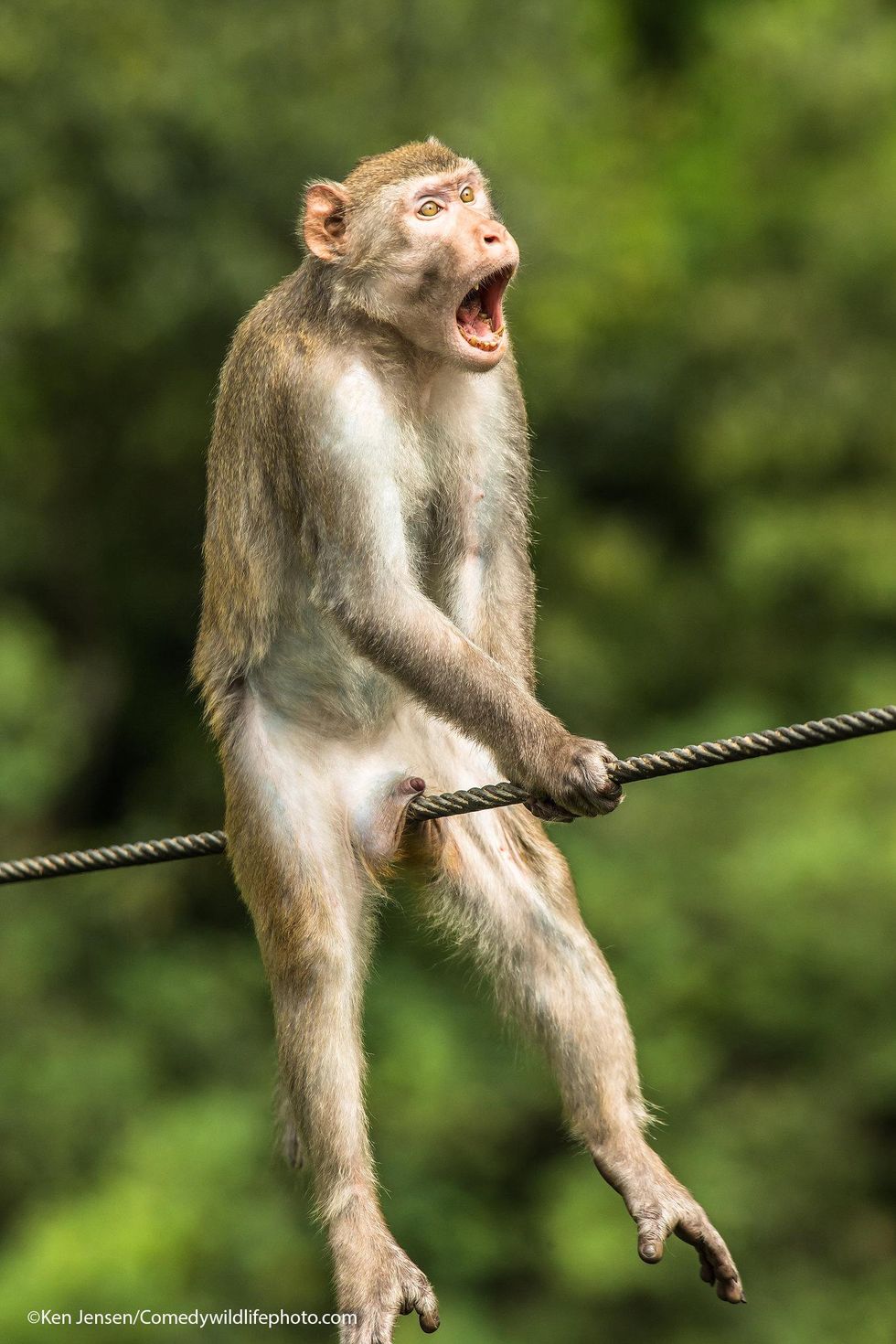 This is actually a show of aggression, however in the position that the monkey is in it looks quite painful! 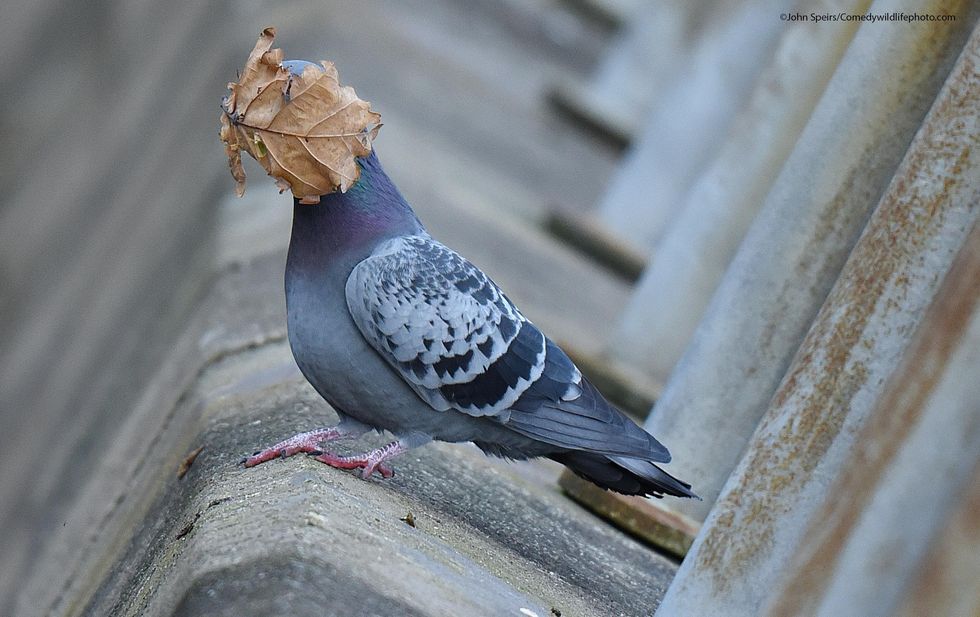 “I was taking pics of pigeons in flight when this leaf landed on the bird’s face.” – John Spiers 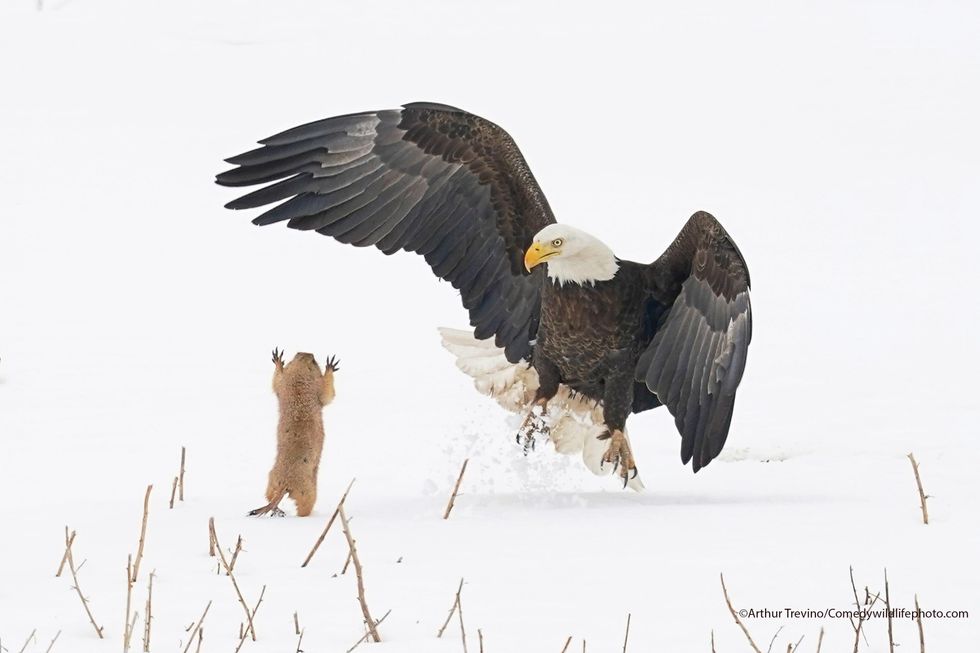 When this Bald Eagle missed its attempt to grab this prairie dog, it jumped toward the eagle and startled it long enough to escape to a nearby burrow. A real David vs. Goliath story! 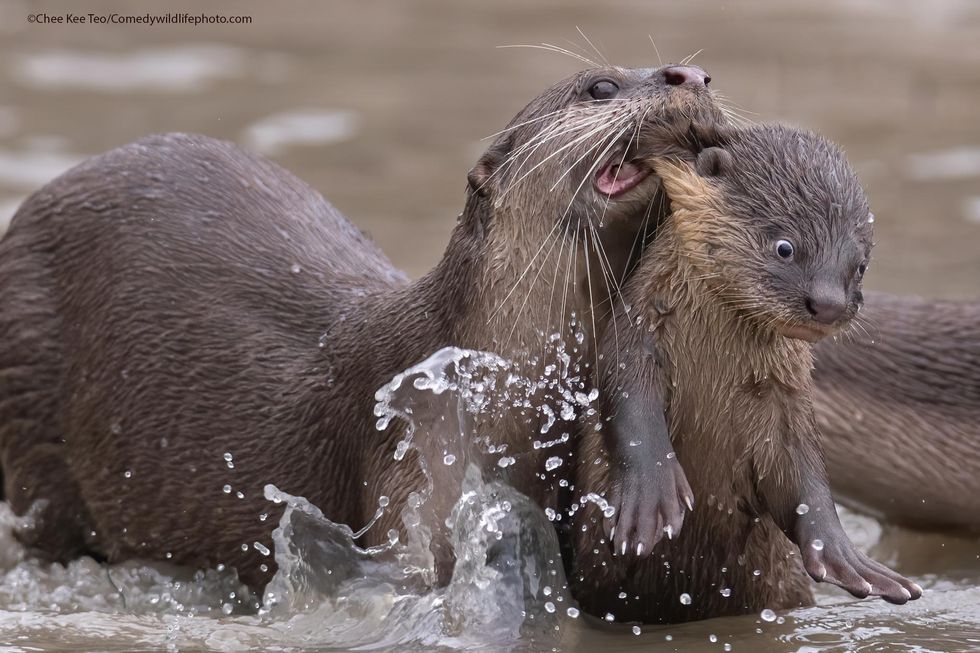 A smooth-coated otter “bit” its baby otter to bring it back for a swimming lesson. 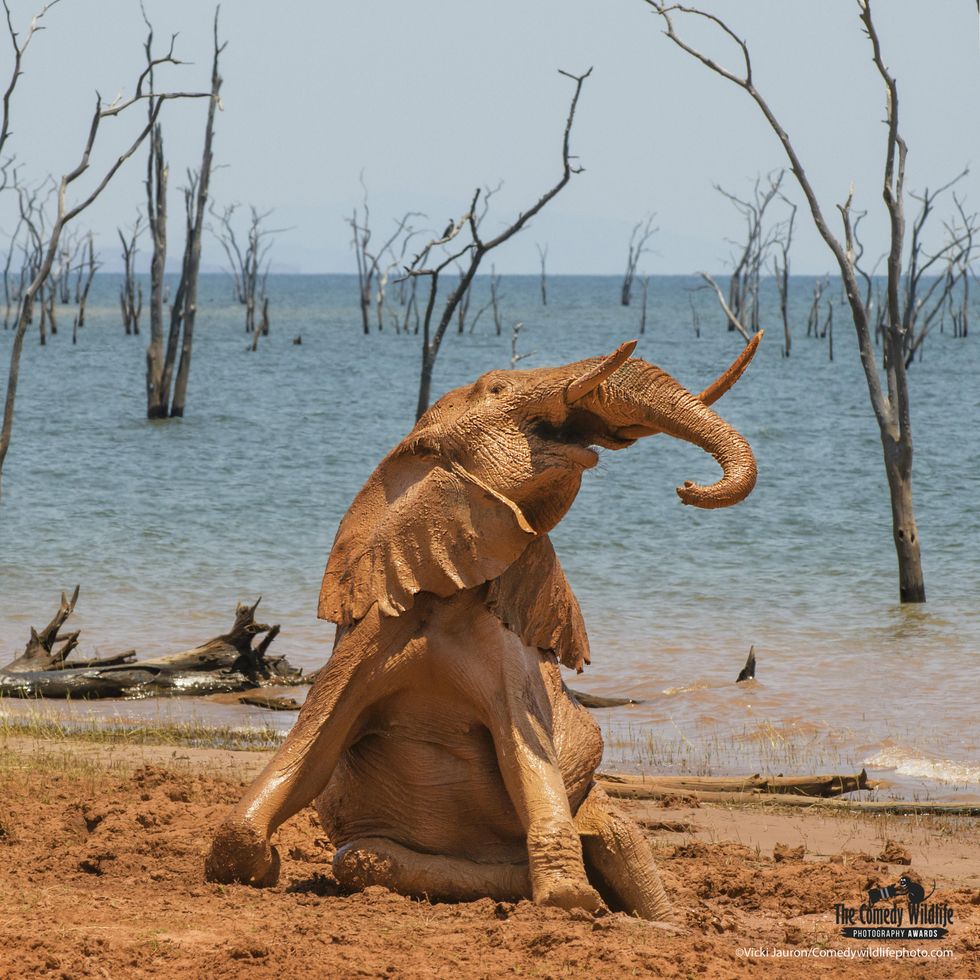 An elephant expresses its joy in taking a mud bath against the dead trees on the shores of Lake Kariba in Zimbabwe on a hot afternoon. 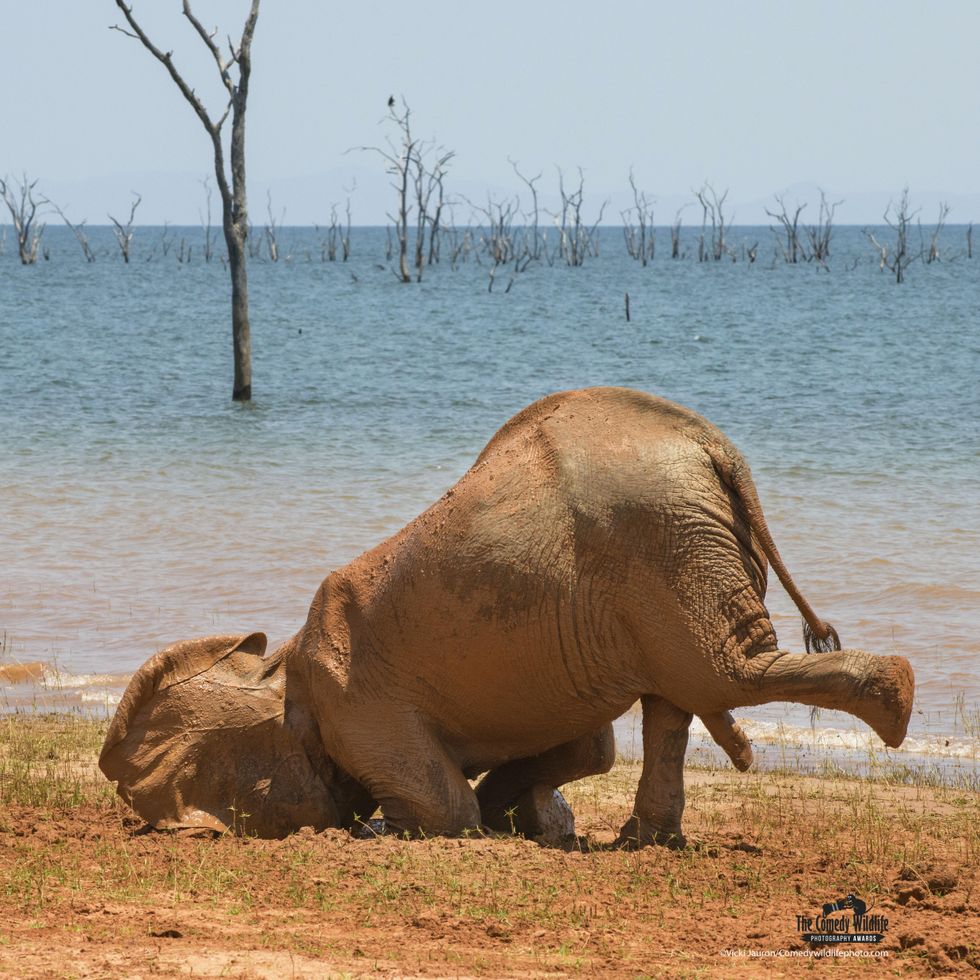 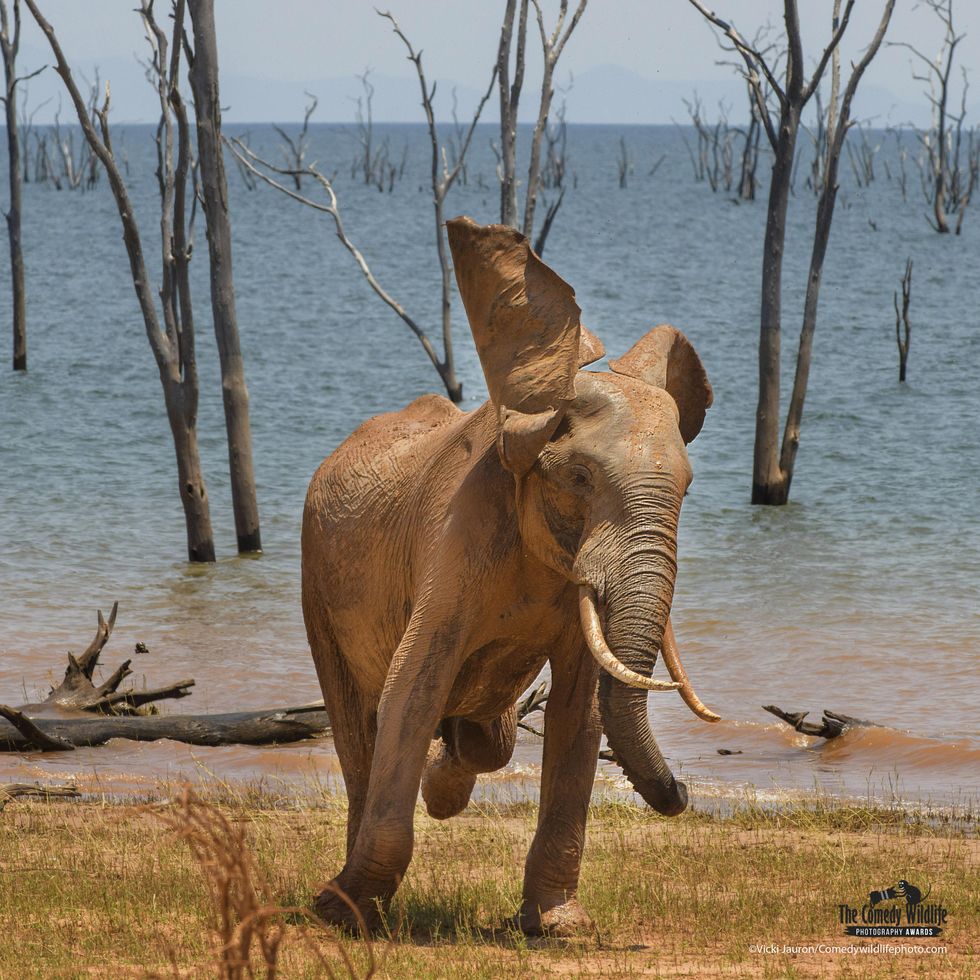 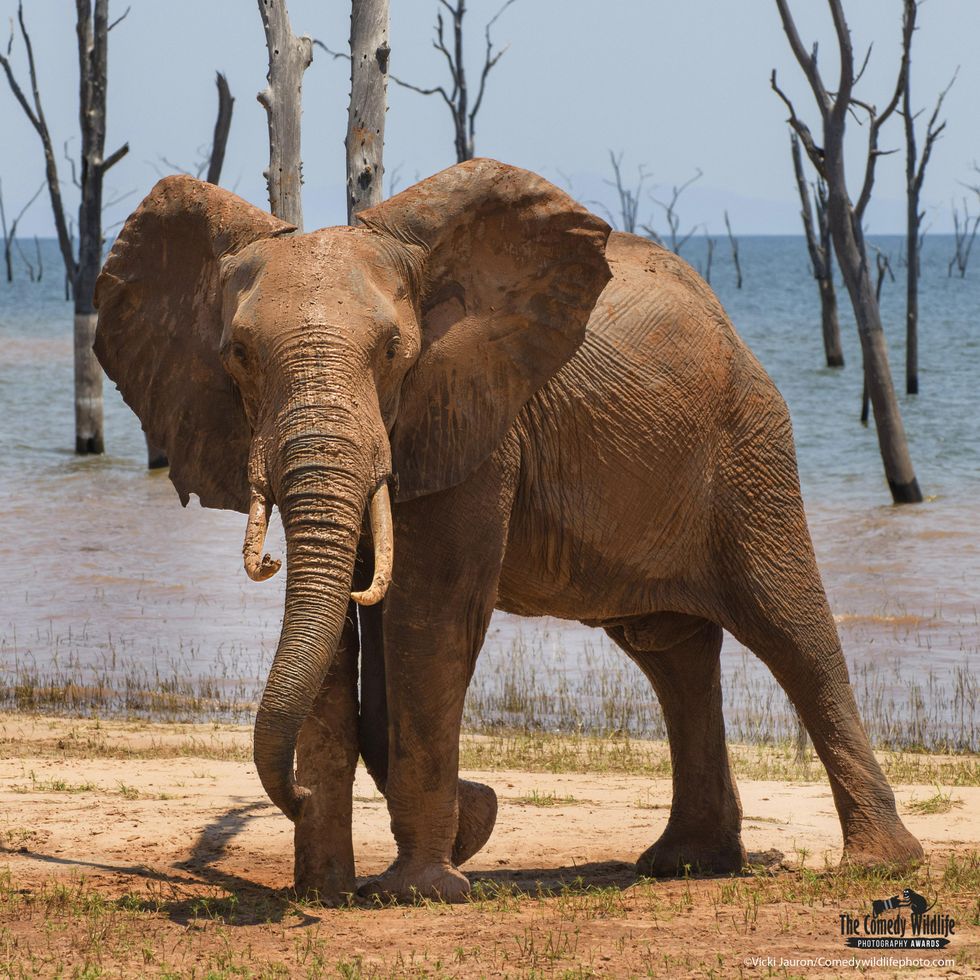 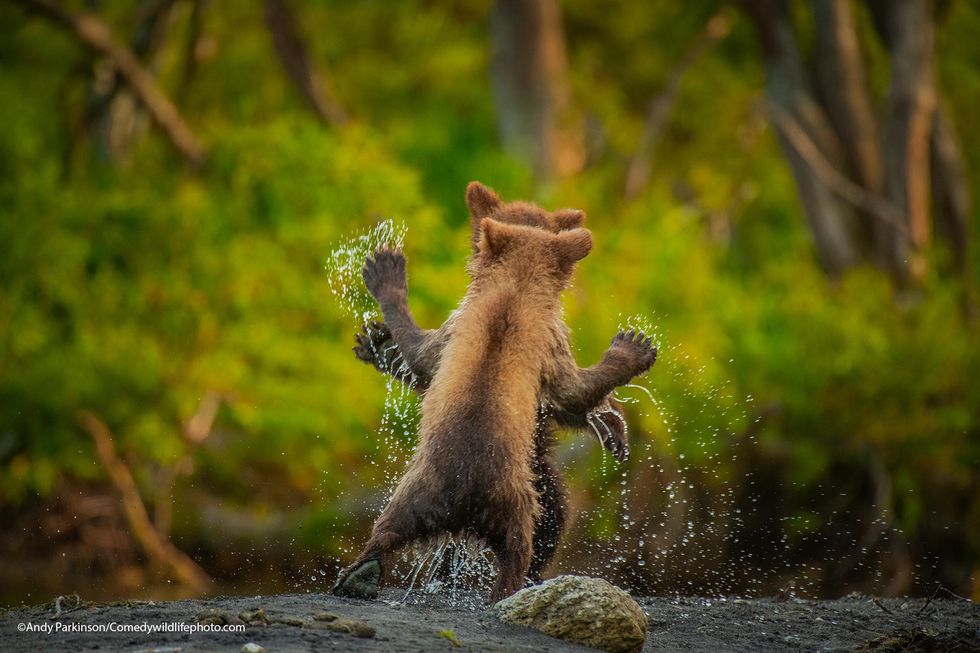 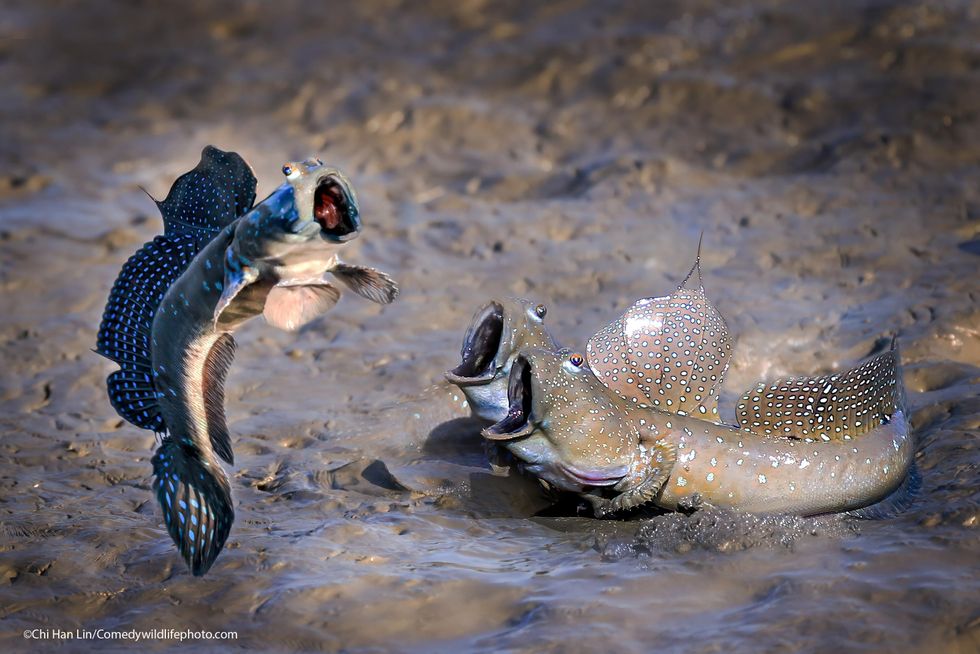 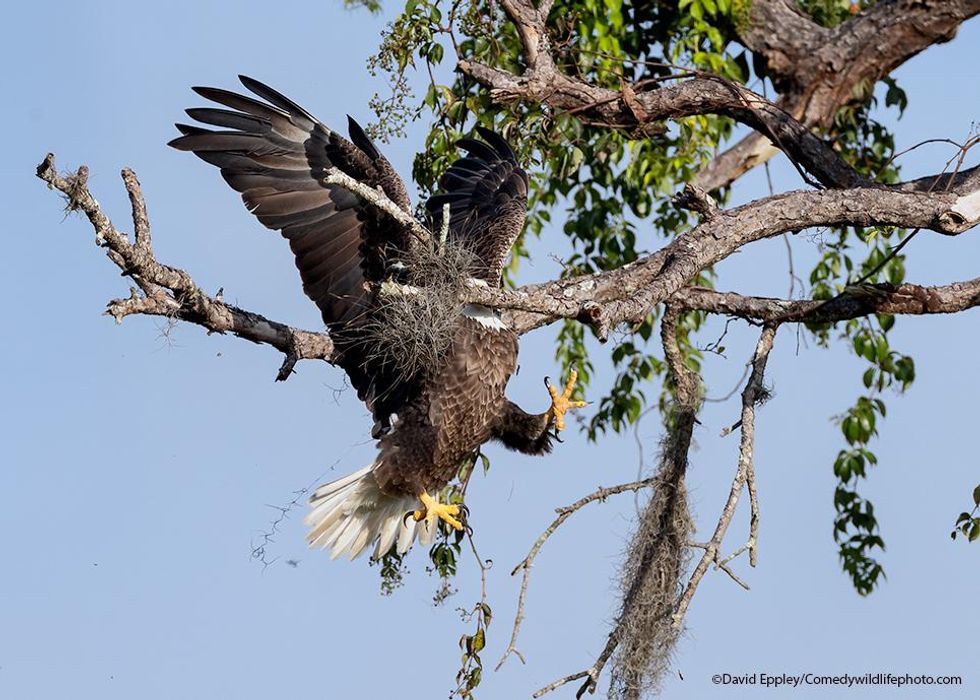 Bald eagles will use the same nest for years, even decades, adding new material to it at the beginning and throughout the nesting season. Normally, they are highly skilled at snapping branches off trees while in flight. Possibly tired from working nonstop all morning on a new nest, this particular bald eagle wasn’t showing its best form.

Yes, sometimes they miss. Although this looks painful, and it might very well be, the eagle recovered with just a few sweeping wing strokes, and chose to rest a bit before making another lumber run. 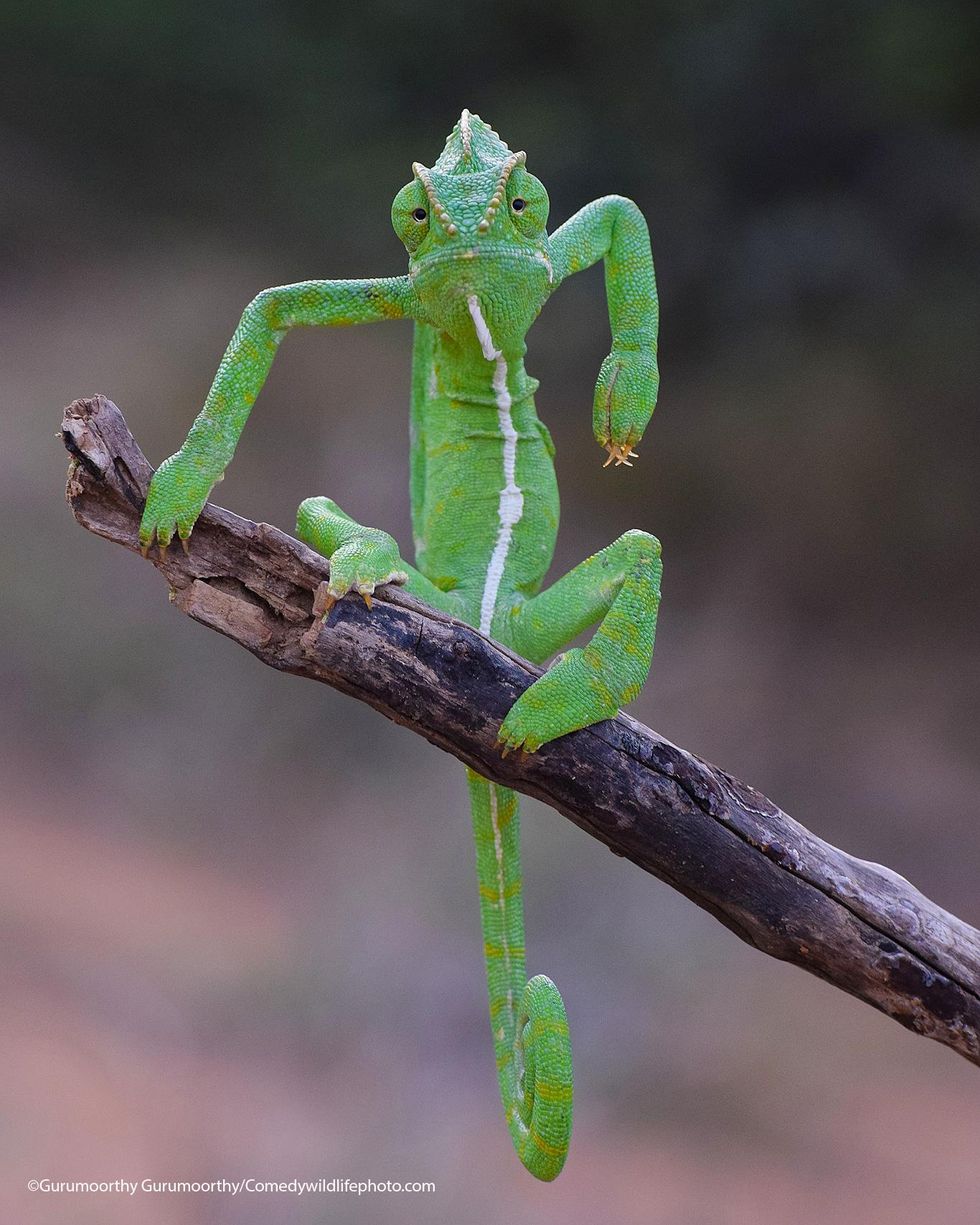 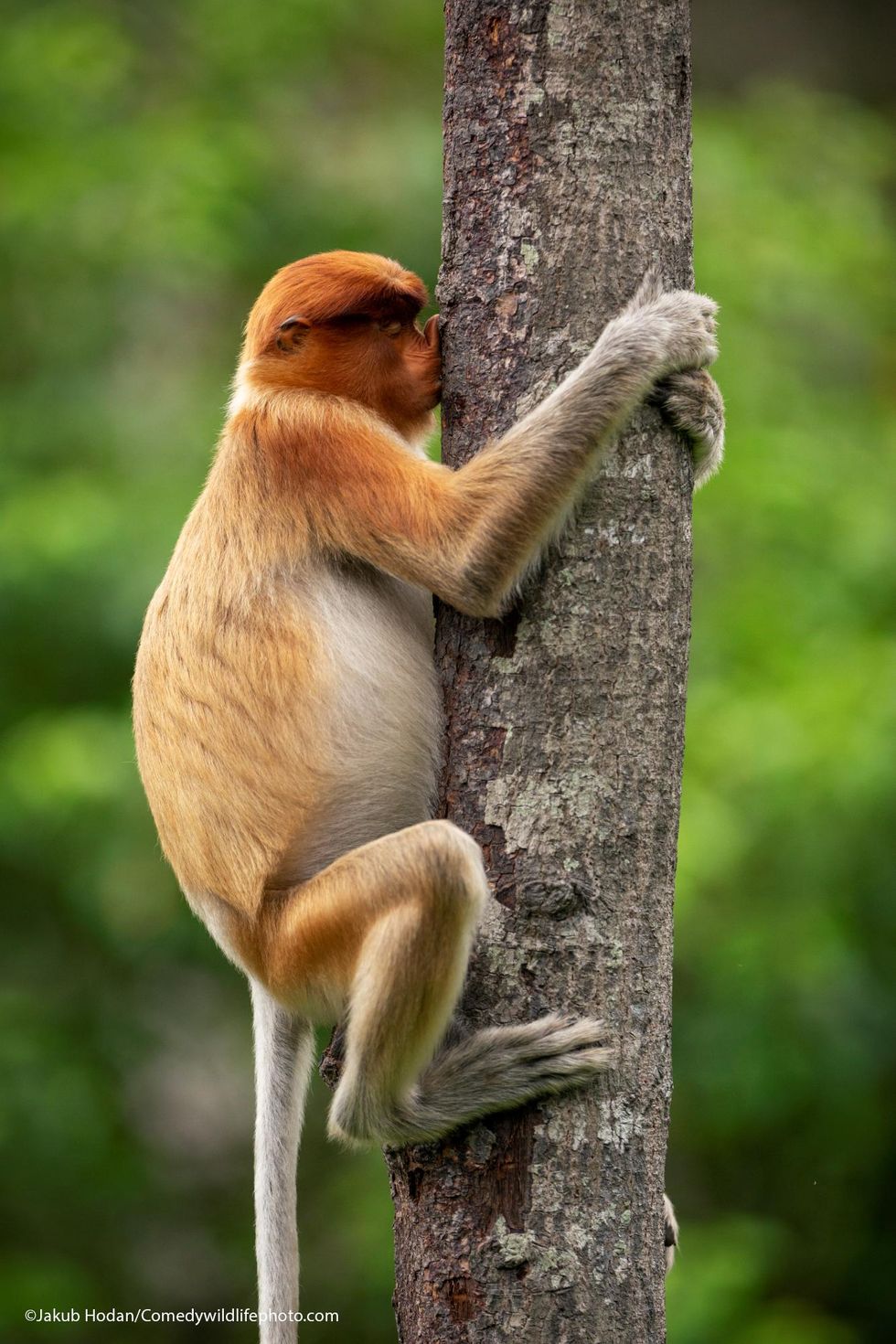 This proboscis monkey could be just scratching its nose on the rough bark, or it could be kissing it. Trees play a big role in the lives of monkeys. Who are we to judge? 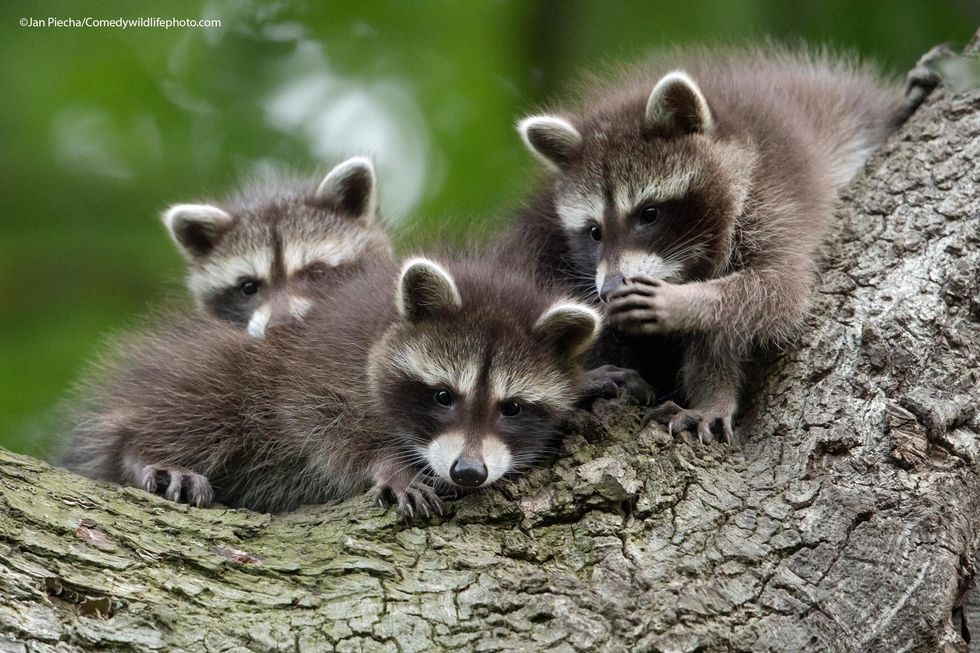 The little raccoon cubs are telling secrets to each other. 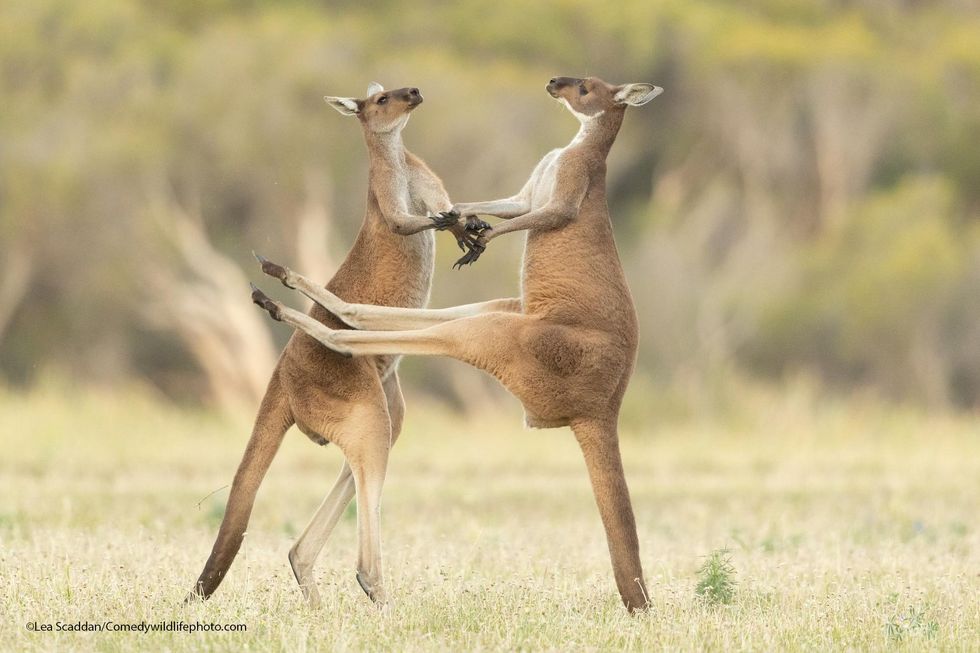 Two western grey kangaroos were fighting and one missed kicking the other in the stomach.

Nicolas de Vaulx “How Do You Get That Damn Window Open” (Raccoon, France) 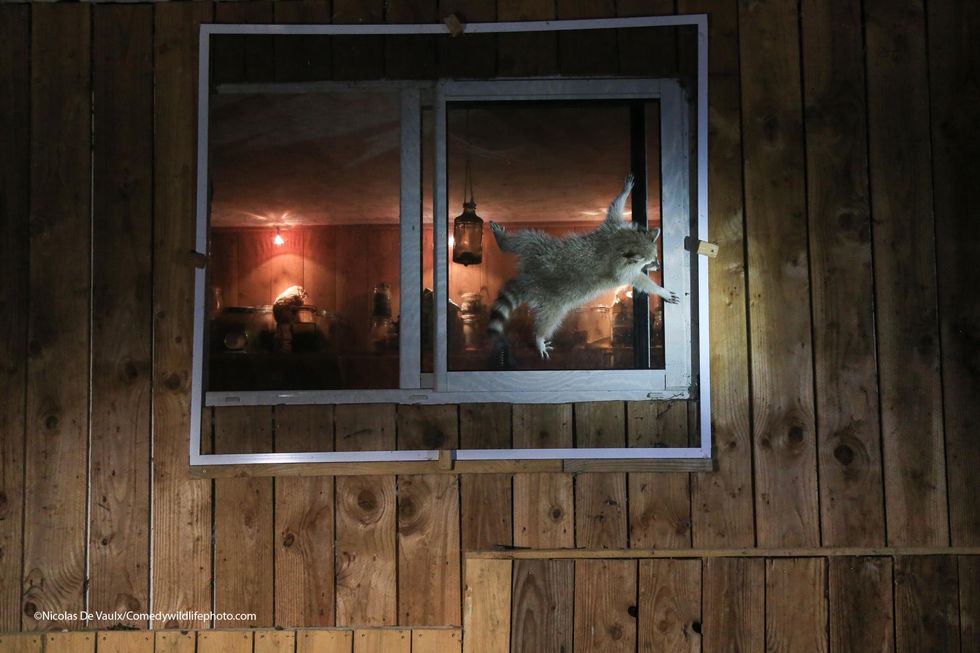 This raccoon spends its time trying to get into houses out of curiosity and perhaps to steal food. 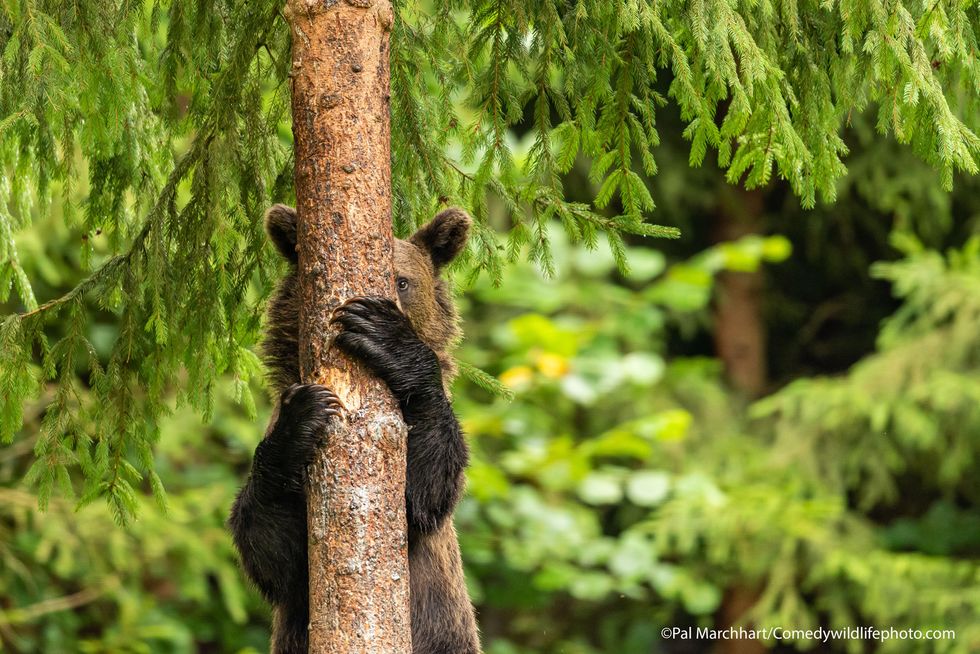 A young bear descending from a tree looks like it’s playing hide and seek.

Ronald Kranitz “I Got You” (Spermophile, Hungary) 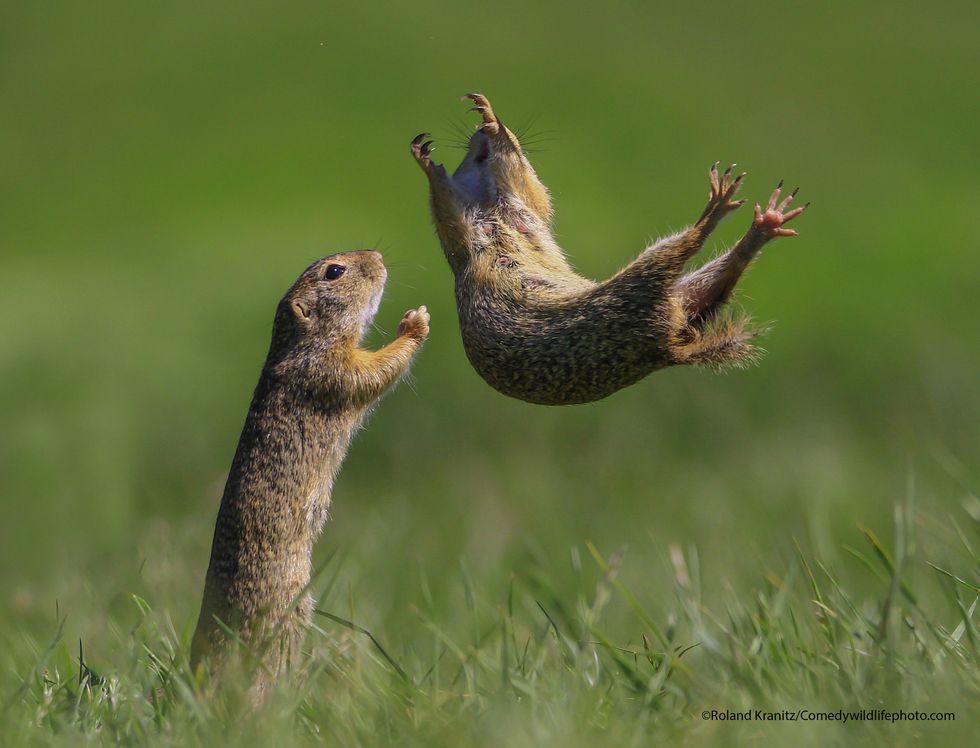 I spent my days in my usual “gopher place” and yet again, these funny little animals haven’t belied their true nature.