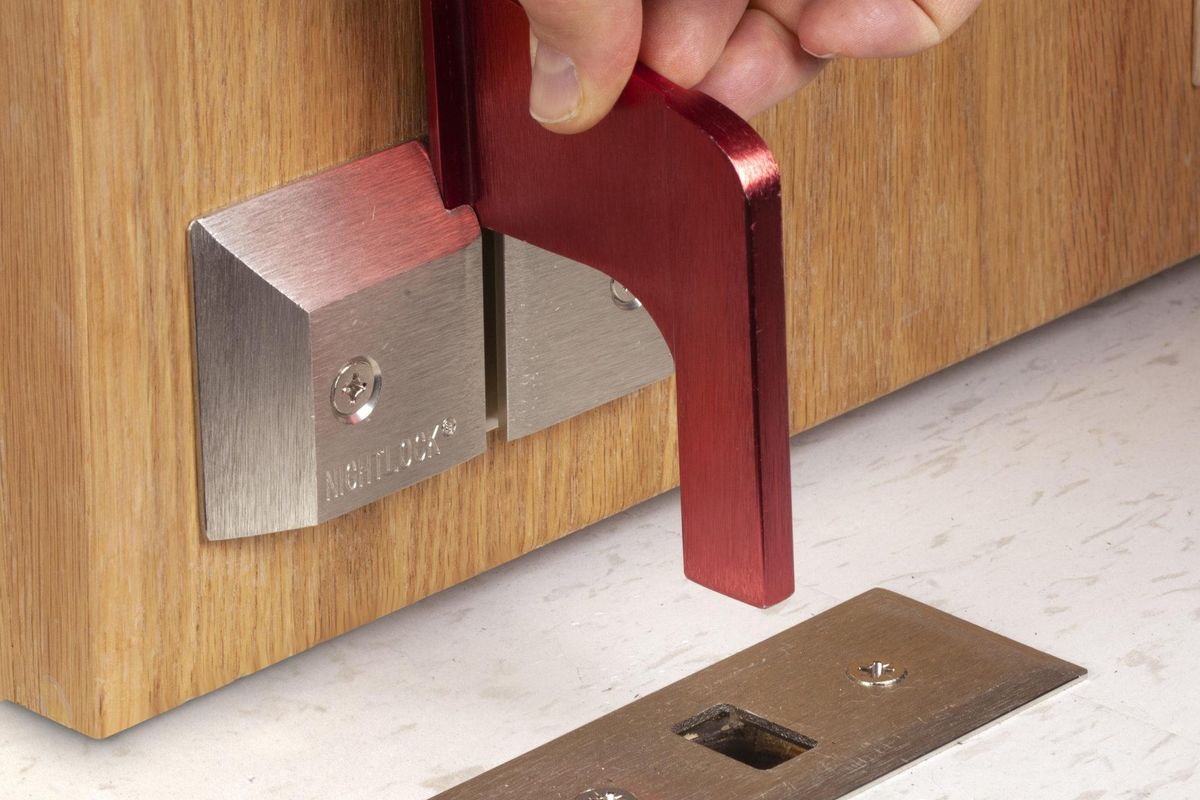 Four students were killed. Seven were injured, including a teacher. This is what’s known about the tragic mass shooting that took place at Oxford High School in Michigan on November 30.

A new detail has been uncovered, however. And where it doesn’t make the story any less devastating, it can certainly provide a step toward a real solution. And that’s worth taking note.

You’ve probably seen a Nightlock device without recognizing it. They’re industrial grade locks that you can add to your home, your business front, really anywhere at risk of a break-in. On its website, the company has an entire section titled “Protect Your Campus,” dedicated to providing extra-long barricade devices for schools.

The co-founder of Nightlock, Jack Taylor, told local news station Mid-Michigan NOW that nearly 700 of these special door stops were installed inside the Oxford School District. That means each classroom had at least one.

In other words: these locks helped save lives. They played a pivotal role in preventing more deaths and injuries, and kept the situation from becoming much, much worse.

Having discovered this, droves of grateful parents have been reaching out to personally thank Nightlock.

“We’re so grateful for what you did and I hope you know that what you do saved so many kids,” said Carri Morris, an Oxford High School parent.

“Nightlock worked,” said Rick Morris, another Oxford parent, adding that “they should be in every building, in every school.”

Taylor mentioned the company had been selling the locks to schools for nine years, though never imagined them being used in this horrific context.

“We hope that they’re never used, they’re just there for extra support. They’re there in case there’s an emergency lockdown,” he told reporters.

The Oxford shooting was the first scenario in which the barricades were used during an active shooting. And now it’s state law in Michigan to have a Nightlock type device in schools. The legislation was passed strictly to protect against further violence that might happen.

“It just breaks our hearts. When we first got into this business we knew we could help. We were in the residential barricade business, helping protect people’s homes, but when we started working with the schools and protecting people in schools it was a new mission,” said Taylor.

Where it’s incredibly heartbreaking that we continue to struggle with gun violence, at least there’s a solution that seems easily implemented. I shudder to think about the sterile, dystopian feel that things like Nightlock door barricades, metal detectors and other security devices provide school environments. Yet the alternative is unquestionably worse. It’s just sad that it’s come down to one of those two options.

If we can’t come to any real agreement on gun safety measures, hopefully we can at least have these security devices installed in every school throughout the country.

Though Taylor might have never envisioned this sort of purpose for his company’s products, we are all very grateful to Nightlock for taking on this new mission to provide safety for students. School should be a place of learning and growing, not fear.