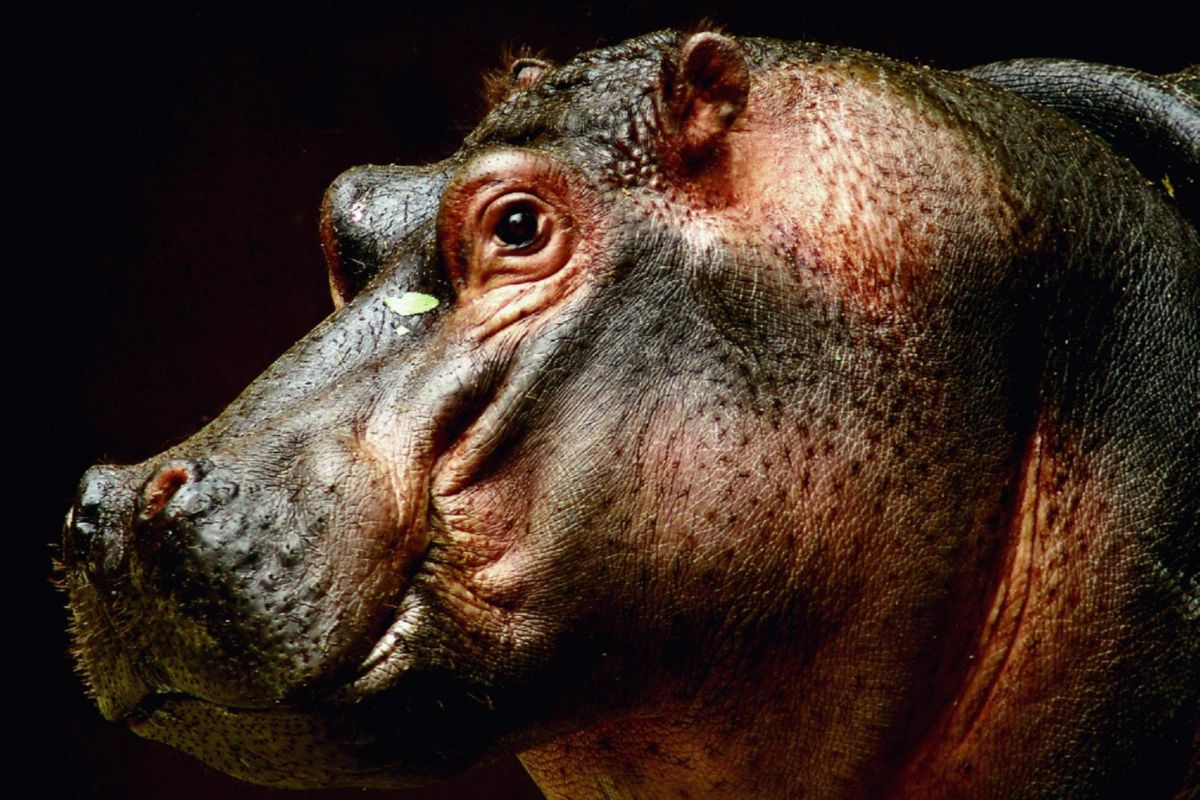 Fun fact: Hippos can have anywhere from 38-44 teeth. That means up to 44 chances of a cavity. And with the daily servings of healthy fruits and vegetables that they receive at the zoo, odds are something is gonna get stuck.

While there is no shortage of amazing animal videos out there, this one of a hippo getting his smile maintained is certainly giving us something to smile about today, too.

Its huge mouth goes agape. And the zookeeper’s hands dive in to feel around the blunted canines. The hippo certainly embodies more stillness that I can ever muster up during a dental visit.

Next it’s teeth brushing time, with a cartoonishly large toothbrush. And boy, is the sight mesmerizing in a “wow, didn’t know this was an actual job,” sort of way.

Or maybe a “oh this is wholesome but also kind of terrifying” sort of way, considering that the hippo is one of the most dangerous animals in Africa, second only to mosquitos.

People were quick to note this in the comments:

I didn’t watch till the end because I prolly couldn’t handle the carnage..

This is clearly not the first time this happened. I want to see the video of that first cleaning and whether or not the dentist still has their arms.

“Nah I got an easy job, I just walk up and casually brush the teeth of what is potentially one of the deadliest creatures in the world like it’s nothing.”

FYI, this is the most dangerous animal in Africa.https://t.co/UUPHukQEMK

You might not be qualified to become a hippo dentist with these tidbits, but your zoological knowledge will most certainly be enhanced. Get ready to impress your friends.

That’s right. Everything you think you know is a lie. Though hippos spend most of their lives in the water, they cannot swim. Instead, they’re standing on their tippy-toes. In other words, hippos are masters of illusion.

2. Their closest living relative is a whale.

This one’s a bit of a scientific debate, as others theorize that the hippo is more closely related to a pig. So there you have it. Whale + pig = hippo. That checks out.

3. They create their own sunblock.

Because their skin is sensitive to the heat, hippos secrete a red, pinkish oily sweat that protects them from burning.

Hippo calves will stay close to their mother, even while under water. However, their bodies have a nifty adaptation where their nostrils and eyes will close to prevent ingesting water.

5. A group of hippos is called a bloat.

And a bloat can contain up to 100 hungry, hungry hippos!