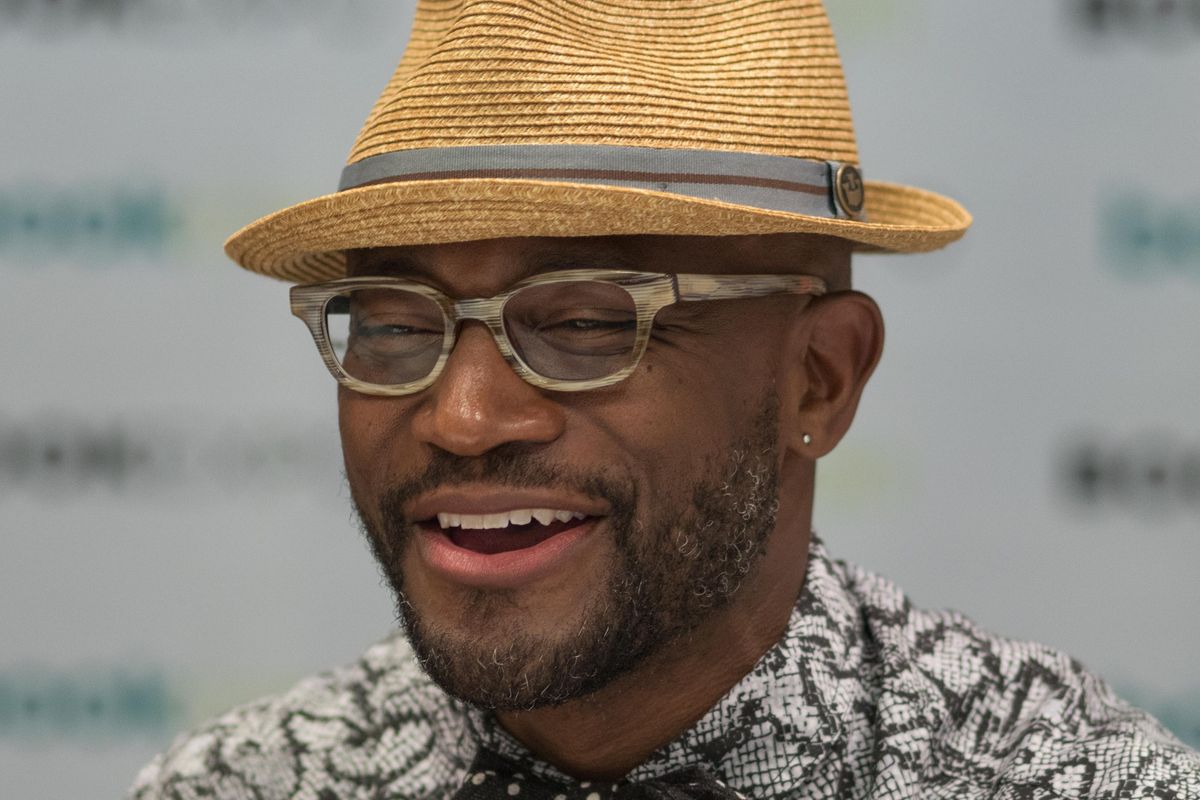 Some people were just born to entertain. Taye Diggs is one of those people.

Diggs has graced Broadway stages, the silver screen and our television sets. Now he’s found a new platform: TikTok. And let me tell you, this man has got it, whatever “it” is.

You want pure comedy? He delivers. You want weird? He’s got that too. Diggs is already serving up plenty of entertaining content, ranging from driving selfies to dance clips to songs about putting fish in the microwave. Yup, it’s a one-stop TikTok shop.

Having only joined the app this week, Diggs hasn’t quite figured everything out, like how to use TikTok sound effects. But who needs it when you can just make your own? You could say the actor is going for a no-frills approach—his videos are without transitions, effects, filters … or planning, apparently.

Diggs is most famous for playing calm, cool, collected (and utterly smooth) roles like Benny in “Rent” and Harper in “The Best Man.” Which is in part why fans are eating up his goofy schtick and silly TikTok antics.

Case in point: his “ICON trying….” video where he attempts—and fails—to recreate some of those influencer-worthy flashy transitions. What we get instead is a roller-coaster ride of clumsy shots (at one point he’s upside down and putting on a hat?), some gibberish lyrics, and all the while Diggs sporting a highly appropriate “DAD” sweatshirt. It’s nothing short of hilarious.

Nothing says “cool” quite like stomping on your phone, am I right?

I mean, just take a look at some of his greatest hits…

Like when he was on set for “All American” and tried to get Kareem Grimes to dance with him.

Grimes would not budge. Well, at least until the very end.

Or laughing at himself in the car. Literally.

Or his “jerk, jerk jerk” dance.

Reminding us all the “everybody’s a jerk, jerk, jerk.”

Now that Diggs has has begun cross-posting some of the gold onto Twitter, the reactions are growing tenfold.

Some are calling for a “Taye Diggs TikTok timeout.”

I really want somebody to take Taye Diggs’ phone away😭😭 pic.twitter.com/2faGJo2O3r

This poor person was brought to tears.

they should’ve never given Taye Diggs a tiktok 😭 https://t.co/elCkjjUPc1

Though most just wanted to praise him and get a taste of that secret sauce.

Taye Diggs hasn’t figured out how to add music to his TikTok’s yet, but I’ll take two of whatever he’s sipping 😭 Good morning #clique! ☀️ pic.twitter.com/GOiHpuvr8k

I wanna be taye diggs when I’m older

No one has enough Taye Diggs in their life, so you’re welcome. https://t.co/aup0pwB9zK

Feel like I would get along with Taye Diggs cuz he really don’t be giving a damn just expressing himself without a care in the world lol. Love it https://t.co/aubsq1I9P2

He might have even converted a few former non-Tokkers.

Me and the other 40 year olds on our way to join tiktok for more taye diggs pic.twitter.com/CeduuuuXWX

Another poor soul overcome with emotion at Diggs’ shenanigans.

Love it, @TayeDiggs you maybe the reason I get a #TikTok 😂

Some were feeling a certain … comradery … with Mr. Diggs.

taye diggs’ tiktok is chaotic but in a good way lmfaoo

If you want fulfilment in life, then follow Taye Diggs on TikTok. He is truly unhinged

Taye Diggs is a different type of chaotic on TikTok 😭 that man is so nutty.

Now that you’ve made it this far down the Taye-Diggs-TikTok-rabbit hole, you might be feeling like you just can’t get enough of the online discord. Don’t fret, you’re in luck!

Diggs will be hosting the 27th Annual Critic’s Choice Awards on Jan 9, 2022 alongside the equally hilarious Nicole Byer. It’s sure to be a riot.

And then of course, you can always follow @theofficialtayediggs on TikTok. If you’re brave enough.