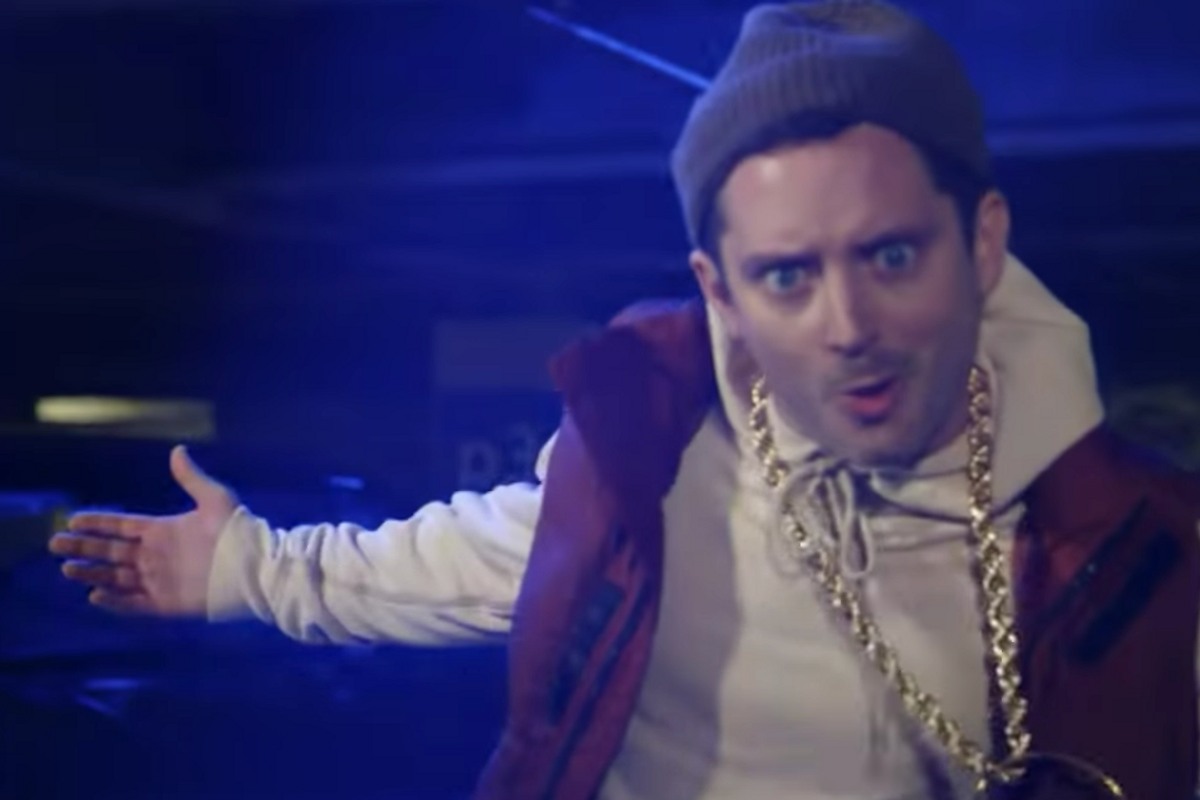 Like many a fantasy-loving adolescent, I was completely obsessed with “The Lord of the Rings” growing up. It had everything: honorable heroes, compelling storylines and a rich, captivating world full of lore and intrigue. It helped me, and many others, escape to a place where good guys would win and where magic was undeniably real.

Every year, my grandmother and I would head out Thursday night to catch a midnight showing … which coincidentally always fell on a testing day at school the following morning. But nothing could stop us from experiencing Peter Jackson’s undaunted, bold and ultimately touching movie trilogy masterpiece.

So to see The Fellowship unite together once again on “The Late Show with Stephen Colbert” … let’s just say it filled my nerdy heart to the brim. Along with countless others.

The fact that it was part of an epic rap battle made things even better.

Colbert jokingly complained that he would not be on air to celebrate the 20th (yes 20th) anniversary of “The Lord of the Rings: The Fellowship of the Ring.” In case you didn’t know, Colbert is a loud and proud LOTR fan.

Noting that the “just okay” Harry Potter franchise marked its anniversary with a cast reunion, Colbert lamented that “Peter Jackson’s towering achievement” got no such honor. To be fair, LOTR was added to the National Film Registry by the Library of Congress. So there’s that.

Either way, Colbert decided to create his own anniversary tribute … in the form of a rap, appropriately titled “#1 Trilly.”

Next thing you know, we see a puffy jacket sporting Colbert delivering a brilliant rap alongside not one, not two, but all FOUR hobbits. That’s Sean Astin, Billy Boyd, Dominic Monaghan and Elijah Wood, people!

Plus a Gollum, everyone’s favorite arrow-shooting elf and the rightful King of Gondor: Andy Serkis, Orlando Bloom and Viggo Mortensen.

Anna Kendrick even has a hilarious cameo. Not to mention Method Man and Killer Mike playfully trash talking other, lesser franchises. You know, titles like “Indiana Jones and the Temple of Boring.” Savage.

Of course, I haven’t mentioned the video’s MVP yet: Hugo Weaving, who raps. In Elvish. Yes, dreams really do come true.

You can catch the amazing spectacle below:

Thank you to Colbert and the cast for giving us something to smile about. It truly was “one celebration to rule them all.”