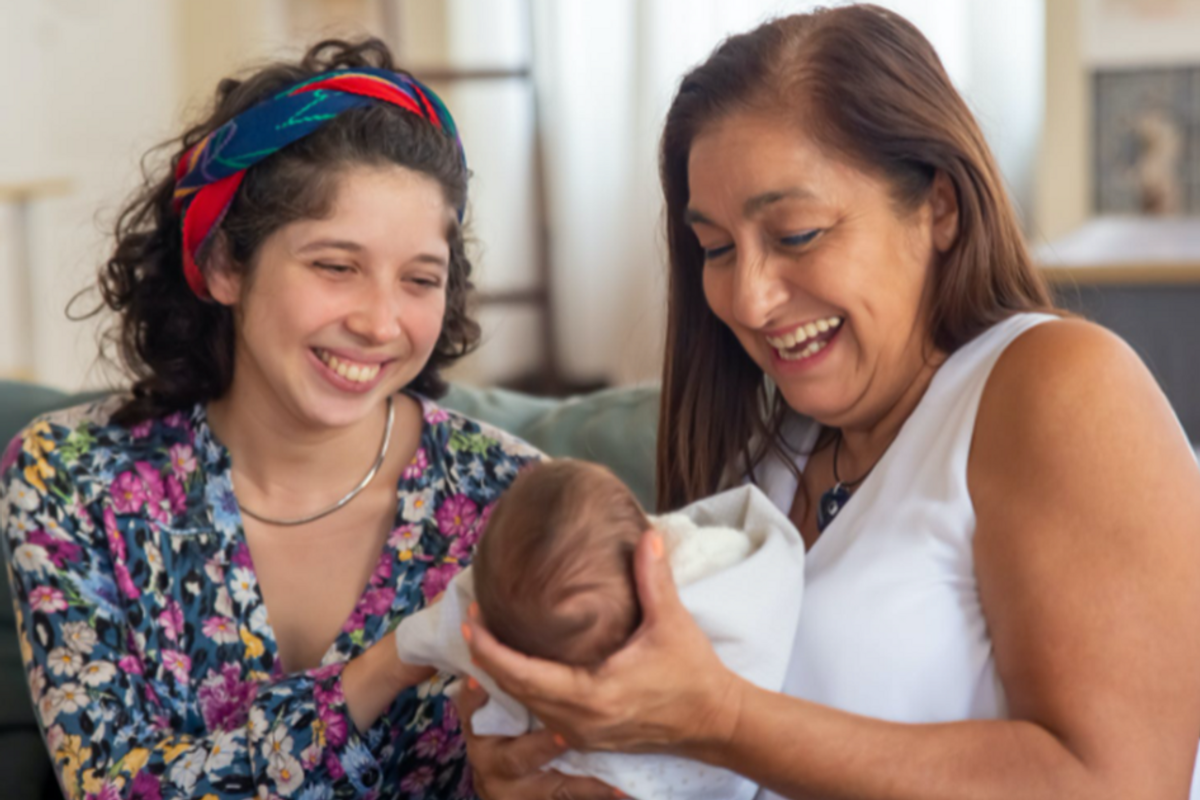 Most grandparents play an important role in helping their families when their children welcome a new child into the world.

Grandparents can be called on to watch over the family’s older children while their parents care for the newborn in the hospital. They also may have to run errands, take care of pets or stop by the house and watch the newborn so the new parents can get some much-needed rest.

For many grandparents, this involves traveling across the country and taking time off work to support their growing families. Becoming a new grandparent means taking on a whole host of responsibilities. However, we never hear about grandparents getting paid leave to help their families.

Saga, a U.K. travel and insurance company for the over-50s, is showing support for the grandparents who work at their company by offering a week of paid leave to celebrate the birth of a grandchild.

Saga has become the first UK firm to offer grandparents paid leave for the birth of a grandchild. https://www.telegraph.co.uk/business/2021/12/09/saga-first-company-offer-paid-leave-grandparents/u00a0u2026pic.twitter.com/RuWP0jmRGi

“This is about helping new grandparents celebrate a special moment and play a role in growing families from day one,” said Jane Storm, the chief people officer at Saga. “It is also a symbol of how important older workers are to their companies and society.

“Our customers are mostly over 50 and we want to have more colleagues here that reflect the community we serve,” Storm continued. “We also think this idea should be a key attraction for retention and recruitment.”

In addition to getting a week off, all grandparents will have access to the company’s onsite nursery in Folkestone, Kent. While the new company policy is a wonderful gesture for their older employees, for some, having time off for their grandchildren is a practical concern.

In the U.K. about 40% of grandparents aged over 50 provide regular childcare for their grandchildren.

“Embracing family-friendly working practices makes business sense,” said Justine Roberts, the founder of the online community Gransnet. “Employers who recognize the fact that their employees have relationships and responsibilities outside of work will reap the rewards of increased loyalty and staff wellbeing.”

He strung us all along for months, saying he was close then backing off over and over, and then went on *Fox* to kill the whole bill. nnKilled child tax credits, paid maternity leave, fighting climate change, free pre-K.nnWords canu2019t describe the anger.https://www.theguardian.com/us-news/2021/dec/19/joe-manchin-biden-build-back-better-no-fox-news?CMP=Share_iOSApp_Otheru00a0u2026

Four weeks of paid leave were added to the Biden Administration’s Build Back Better bill in early November. However, the bill’s fate is now in jeopardy after losing the tie-breaking vote of Democratic West Virginia senator Joe Manchin. Manchin said that he wouldn’t vote for the Build Back Better bill last Sunday on Fox News citing inflation worries.