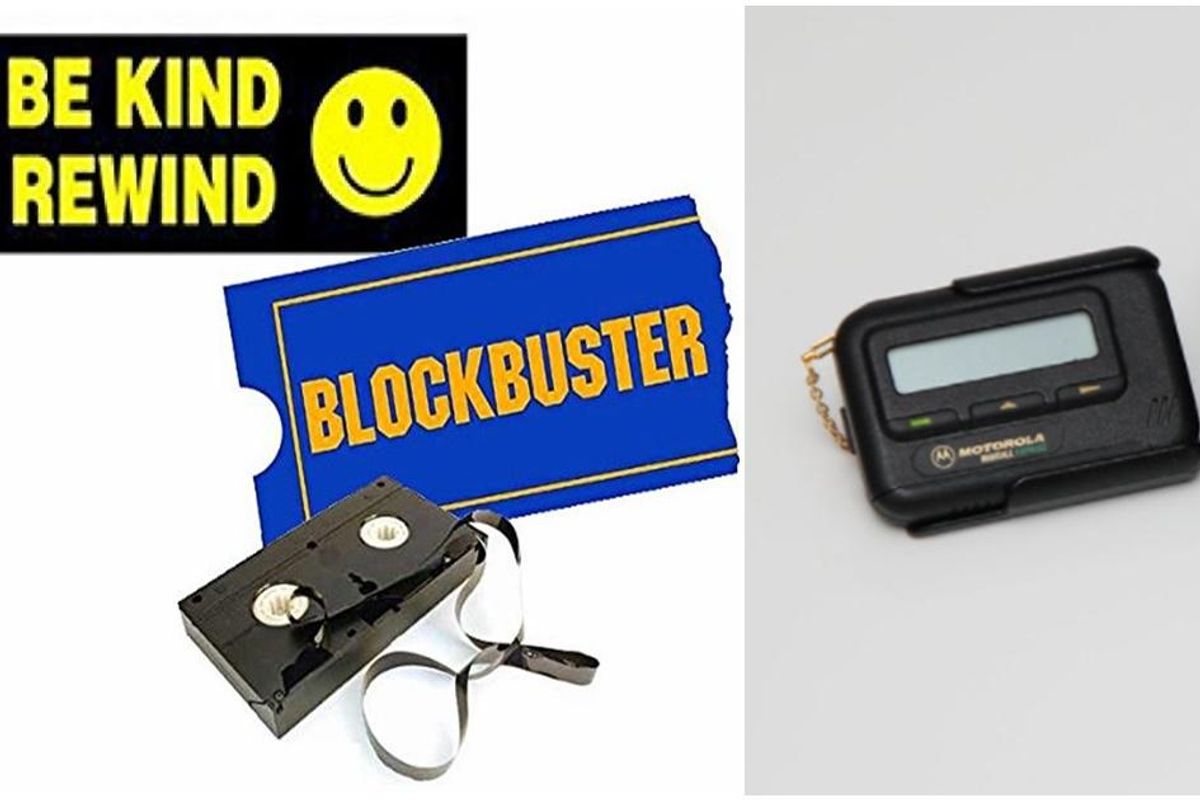 In “Back to the Future,” teenager Marty McFly goes back in time 30 years, from 1985 to 1955. But what if the film were made today and he went back from 2021 to 1991? I think the culture shock of a modern teenager going from a post-to-pre internet world would be much greater than the one that Marty experienced in the original film.

Would a kid from today be able to dial a payphone? Read a clock with actual hands? Look up directions on a Thomas Guide map?

A lot has changed since the dawn of the new millennium so a group of Redditors marked the changes in a post entitled: “What is something that was used heavily in the year 2000, but it’s almost never used today?”

Here are 17 of the best posts.

GeoCities is definitely one of those things that was everywhere and then suddenly disappeared. At its peak, GeoCities hosted millions of websites, but its popularity declined after it was purchased by Yahoo and web hosting became cheaper.

​“If you had a big screen TV it was probably a ridiculously thick rear projection TV,” — ParoxysmAttack

Before plasma TVs came around, if you had a big screen it was also a seriously deep-screen TV.

“Re-writable CDs. I used to burn so many mix cds after downloading from napster, bearshare, limewire, frostwire,” — Shittinwithmykitten

Napster created a music revolution overnight, but where were we going to save all of that new, stolen music? Rewriteable CDs were all the rage before the iPod came along and put ’em in the palm of your hand.

“Payphones. (Yes I know payphones still exist. Also, I am now very aware payphones are free in Australia, thank you for informing me.)” — Adreeisadyno

Kids these days have never had to walk five blocks to make a phone call.

Those of us who lived in the dial-up era will never, ever forget the whizzing, belching sound that we had to sit through to experience the World Wide Web.

“Indoor smoking. My young-ish kids marvel at the fact that people used to sit in restaurants and smoke,” — TurdFergDSF

People used to smoke on airplanes, in hospitals, at restaurants … pretty much everywhere.

It wasn’t Friday night in the ’90s without a two-liter of Pepsi, a large pizza and a stack of VHS tapes from Blockbuster video.

Want to feel old? In 2016, Funai, which manufacturers the VCRs in China for Sanyo, announced it would produce its final VHS player, making it the last one ever produced.

“Welcome!” “You’ve got mail!” AOL was the leading internet provider in the late ’90s but soon lost its relevance after merging with Time Warner, Inc. in 2000.

“Calculators; teachers kept saying ‘you won’t have one with you all the time,’ look who’s stupid now?! Both of us…” — elika007

A calculator was a luxury item in the ’80s. In the ’90s, a Texas Instruments graphing calculator could cost you $90. Now, it’s all on your phone along with a million other apps.

Anyone who’s a proud member of Gen X knows the “age/sex/location” question. It’s the first thing you asked in an AOL chatroom when people used to try to hook up online. Of course, nobody answered it honestly, but that was half the fun.

In the 2000s everyone wore skinny jeans. But in the 1990s, people wore the baggiest jeans possible. The award for baggiest jeans goes to JNCO, the manufacturers of raver pants that fit two legs and a few kilos worth of MDMA.

The pager was one of the most popular status symbols of the ’90s. Nothing said “cool” like having a pager that was constantly blowing up. (Does anyone under the age of 40 know what it means for a pager to “blow up”?)

Back in the AOL days, the closest you could come to getting it on while online was through cyber sex. There were no pictures or video so you just exchanged dirty messages until the other person logged off. The typical cyber session began with, “What are you wearing?”

“Travel agencies. Now I can do everything on my phone,” — whatdoineedaname4

If you can belive it, before there was Priceline, there was a person sitting at a desk with a rotary phone who booked your seven-day trip to Europe.