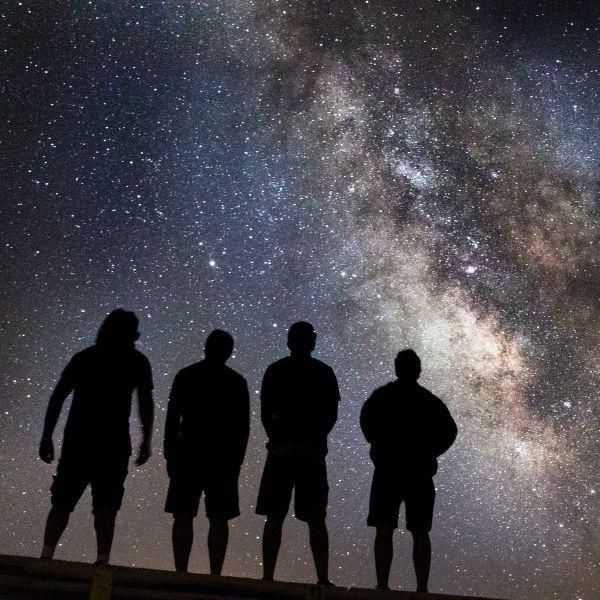 “What’s something everyone should experience in their lifetime?” is not an uncommon question. But when someone asked it on Reddit, the answers were surprising.

There were the standard responses, of course, such as:

“Traveling outside their country of birth.” (Yes, definitely something everyone should do, preferably more than once and for an extended period of time.)

“Go see some stars. Go camping in a national park. Watch the stars. Go see a freakin meteor shower in the desert.” (Can confirm. Get as far away from lights as possible and be amazed by the depth of the night sky.)

“The northern lights. They really are beautiful.” (Cannot confirm personally, but I’ve heard this from many other people and it was one of the most popular responses on the Reddit post.)

Seeing the Milky Way, watching the sunset over the ocean, going to a live concert—those are the kinds of answers one might expect. But what was striking were the answers that seemed so basic, yet profound.

Here’s a handful of them:

“I’ve never had it,” wrote u/AsPerMatt, “and that simple fact has caused me more stress and anxiety than I care to admit. I do believe that though money can’t bring happiness, when you don’t have it, it can absolutely hinder it greatly.”

“Having been with it and having been without it, I not only enjoy the former more but it actually makes me a better person. The stress and low level fear is truly debilitating.”

“Money doesn’t bring happiness. It sure as hell gets rid of a bunch of things that bring unhappiness, though.”

Everyone should be able to experience financial security, not just as a one-time experience, but as an ongoing reality. People who have experienced genuine financial insecurity (as opposed to “I could lose my investments if the market crashes”) know what an all-consuming burden it is.

Oh. I’ve been fortunate to have lots of healthy relationships of various kinds, but there are some people who are immersed in dysfunctional families and social circles and genuinely haven’t.

“Experiencing my first currently. I had no idea it could be like this,” wrote one commenter.

Another added, “and not just romantically- platonic and family healthy non-toxic relationships too. People need good people.” Isn’t that the truth.

“It would be so damn beautiful if everyone could experience this.” Amen. Everyone deserves to be in a healthy relationship.

“Getting a hug from someone who has been waiting all day to see you.”

Aw. That really is the best, whether it’s a parent, a spouse, a child or another loved one who is genuinely thrilled when you come home. People shared their personal best hugs:

“The last hug my dad gave me when I was leaving after my visit for his last birthday. He knew it would be the last. It was the best hug I ever got. I miss you dad.”

“Getting a hug from a stranger as well. Once crying in public – and a stranger asked me if I was okay and gave me a hug. Faith in humanity restored! It was not strange – just so welcome.”

“Happened recently, I haven’t seen my aunt who I used to live by for 2 years because of covid. The embrace felt like 2 years of hugs.”

Hugs are good for our health, so definitely something everyone should experience.

This one was interesting, as people were quite torn. Some absolutely agreed:

“Living alone makes me extremely happy, peaceful and calm. If I were financially able to swing it 100% of the time, I definitely would!”

“And taking yourself out to eat, or to the movies!”

“Did that for one month. It was a total shit show and I absolutely hated every second of it. I need to have roommates if I want to stay sane and alive.”

“I don’t recommend. I did it for a couple years after my divorce. I was just sad. I did sleep better but I like having a partner to come home to. I like my space and would never want to live with roommates that I am not in a relationship with but yeah I would avoid living alone if I could avoid it. A night or two by myself is alright but that’s about it.”

But this answer seemed to make sense:

“As a relative alternative to this, I would say: Being able to be comfortable with yourself, alone with your thoughts.

I guess us introverts have a head start in that department, but it’s always been wild to me how many people I see who can’t just sit alone with their own thoughts, or have to be doing other things to distract themselves from themselves, whether it be going out partying and drinking every weekend, or whatever else.

You’re gonna be with yourself for your whole life lol, so you might as well learn to like yourself!”

Like traveling abroad, getting to know diverse people expands your ideas of what “normal” can be and opens your mind to different ways of thinking and being in the world. Most people agreed, though some disagreed with the role social media plays in this experience:

“That’s been one of my favorite parts about AA (aside from the obvious sobriety factor). I have been able to meet and become close with such a wide variety of people that I wouldn’t have met otherwise. I’m a damn hermit and I would have missed out on some seriously incredible people from literally all walks of life.”

“Too true! Especially because we get so siloed in social media and various online bubbles.”

“You’d think having access to all of the developed world would make us curious about the thoughts of others but… nope.”

“Actually, I’d say social media is a good thing for this, because it exposes everyone to so many viewpoints. For someone who grows up using social media, they’re exposed to so many viewpoints about any topic they take an interest in that they learn to sympathise with those views before they can form their own opinions and biases, causing them to be more open-minded.”

Obviously, what we think everyone should experience is going to be colored by our own experiences, but when “security” and “love” are listed multiple times as things everyone should have at least once, that’s a sign that a lot of people are missing some fundamental things in life. Let’s all work a bit harder to create a world where no one is wanting for the basics so everyone has a chance to fully enjoy things like traveling and chasing the stars.