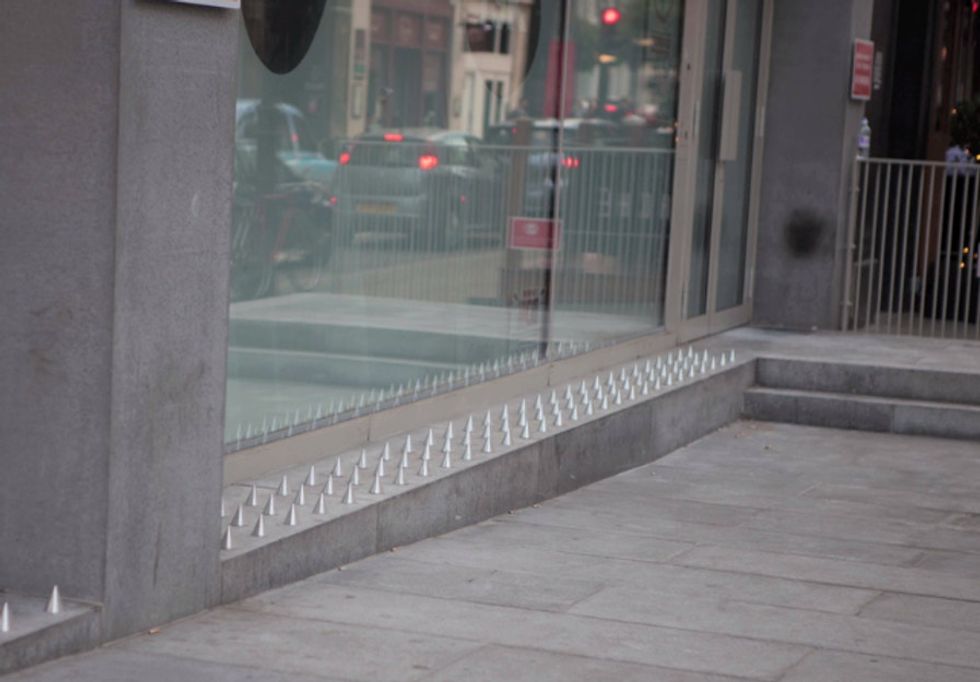 This article originally appeared on 07.24.15

These are called “anti-homeless spikes.” They’re about as friendly as they sound. 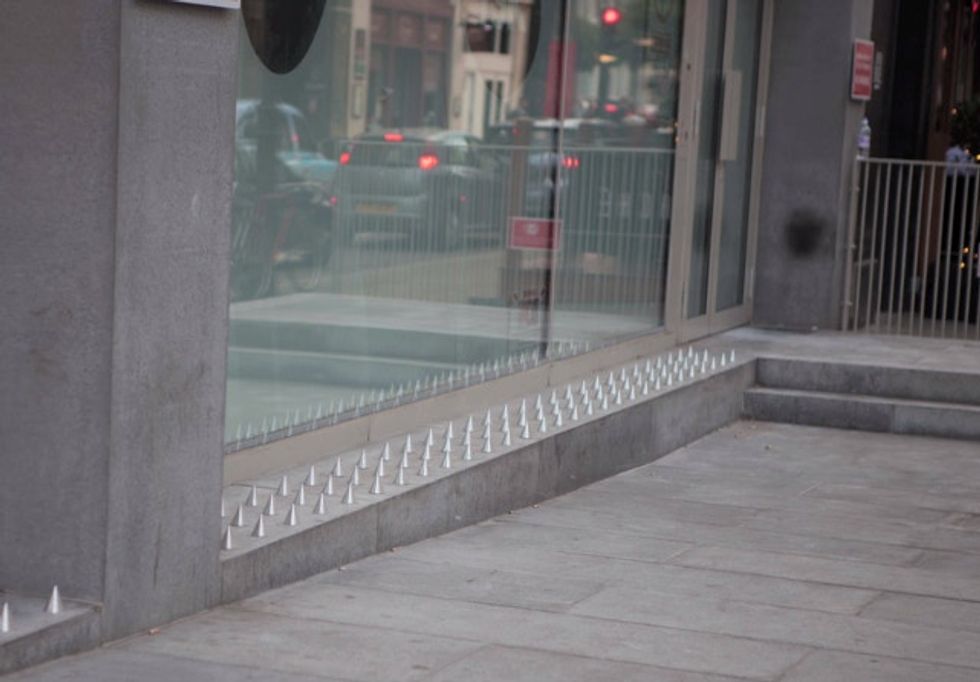 As you may have guessed, they’re intended to deter people who are homeless from sitting or sleeping on that concrete step. And yeah, they’re pretty awful.

The spikes are a prime example of how cities design spaces to keep homeless people away.

Not all concrete steps have spikes on them, but outdoor seating in cities like Montreal and Tokyo have been sneakily designed to prevent people from resting too comfortably for too long.

This guy sawing through a bench was part of a 2006 protest in Toulouse, France, where public seating intentionally included armrests to prevent people from lying down. 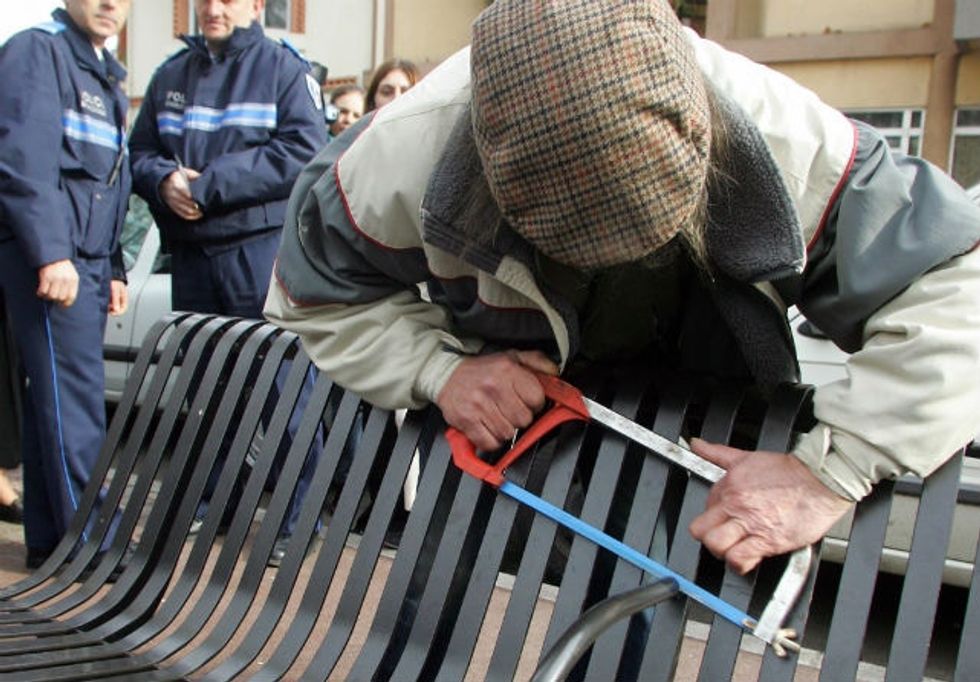 Of course, these designs do nothing to fight the cause or problem of homelessness. They’re just a way of saying to homeless people, “Go somewhere else. We don’t want to look at you,” basically.

One particular set of spikes was outside a former night club in London. And a local group got sick of staring at them.

Leah Borromeo is part of the art collective “Space, Not Spikes” — a group that’s fed up with what she describes as “hostile architecture.“

“Spikes do nothing more than shoo the realities of poverty and inequality away from your backyard — so you don’t have to see it or confront what you can do to make things more equal,” Borromeo told Upworthy. “And that is really selfish.”

“Our moral compass is skewed if we think things like this are acceptable.”

“Space, Not Spikes” reclaimed the spiked area by covering it with bedding, pillows, and a bookshelf stocked with reading material. 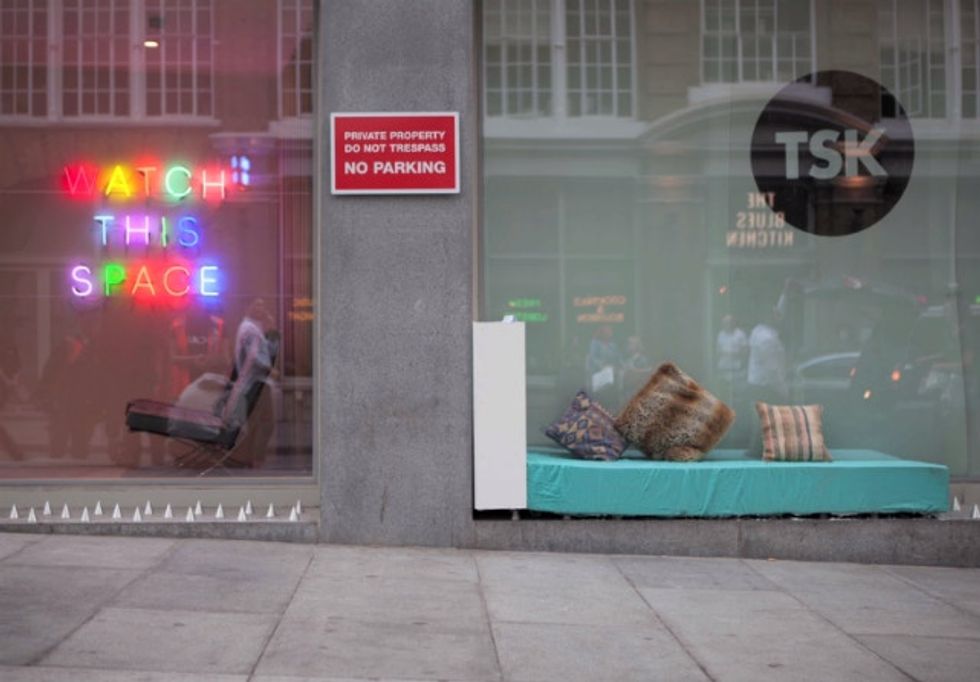 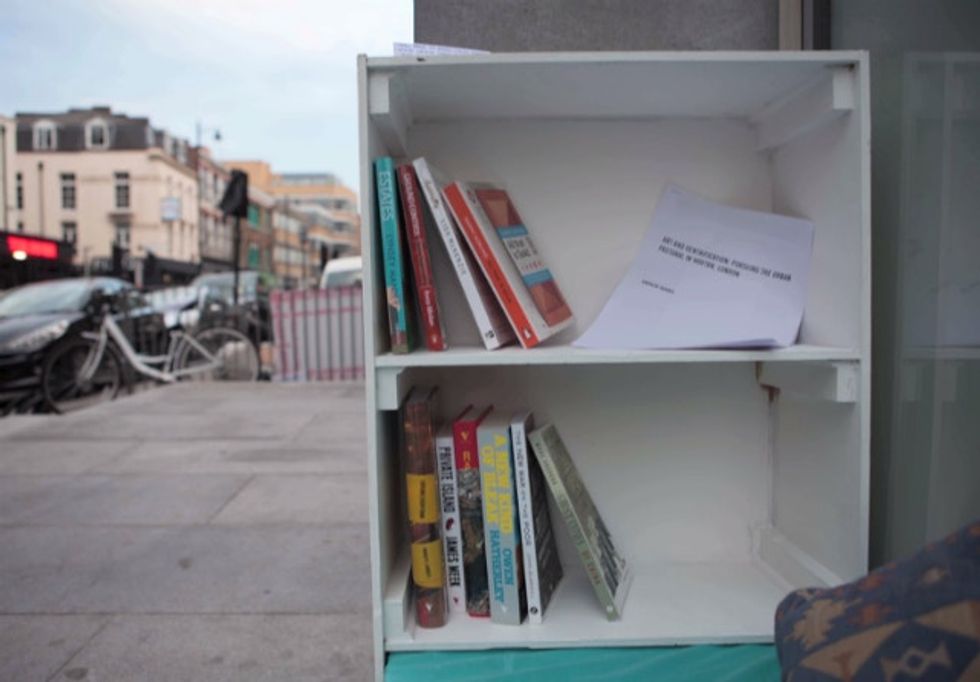 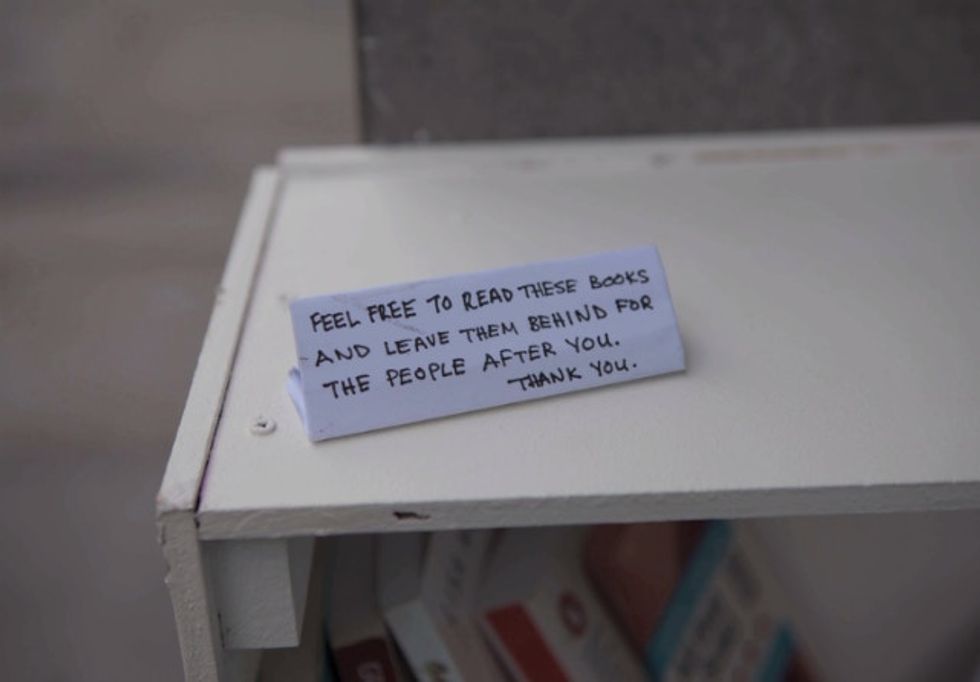 The move by Space, Not Spikes has caused quite a stir in London and around the world. The simple but impactful idea even garnered support from music artist Ellie Goulding.

“That was amazing, wasn’t it?” Borromeo said of Goulding’s shout-out on Instagram.

“[The project has] definitely touched a nerve and I think it is because, as a whole, humans will still look out for each other,” Borromeo told Upworthy. “Capitalism and greed conditions us to look out for ourselves and negate the welfare of others, but ultimately, I think we’re actually really kind.”

“We need to call out injustice and hypocrisy when we see it.”

These spikes may be in London, but the U.S. definitely has its fair share of anti-homeless sentiment, too.

Spikes are pretty obvious — they’re a visual reminder of a problem many cities are trying to ignore. But what we can’t see on the street is the rise of anti-homeless laws that have cropped up from sea to shining sea.

Legislation that targets homeless people — like bans on panhandling and prohibiting people from sleeping in cars — has increased significantly in recent years.

For instance, a report by the National Law Center on Homelessness & Poverty that analyzed 187 American cities found that there’s been a 43% hike in citywide bans on sitting or lying down in certain spaces since 2011.

Thankfully, groups like “Space, Not Spikes” are out there changing hearts and minds. But they need our help.

The group created a video to complement its work and Borromeo’s hoping its positive underlying message will motivate people to do better.

“[The world] won’t always be happy-clappy because positive social change needs constructive conflict and debate,” she explained. “But we need to call out injustice and hypocrisy when we see it.”

Check out their video below: