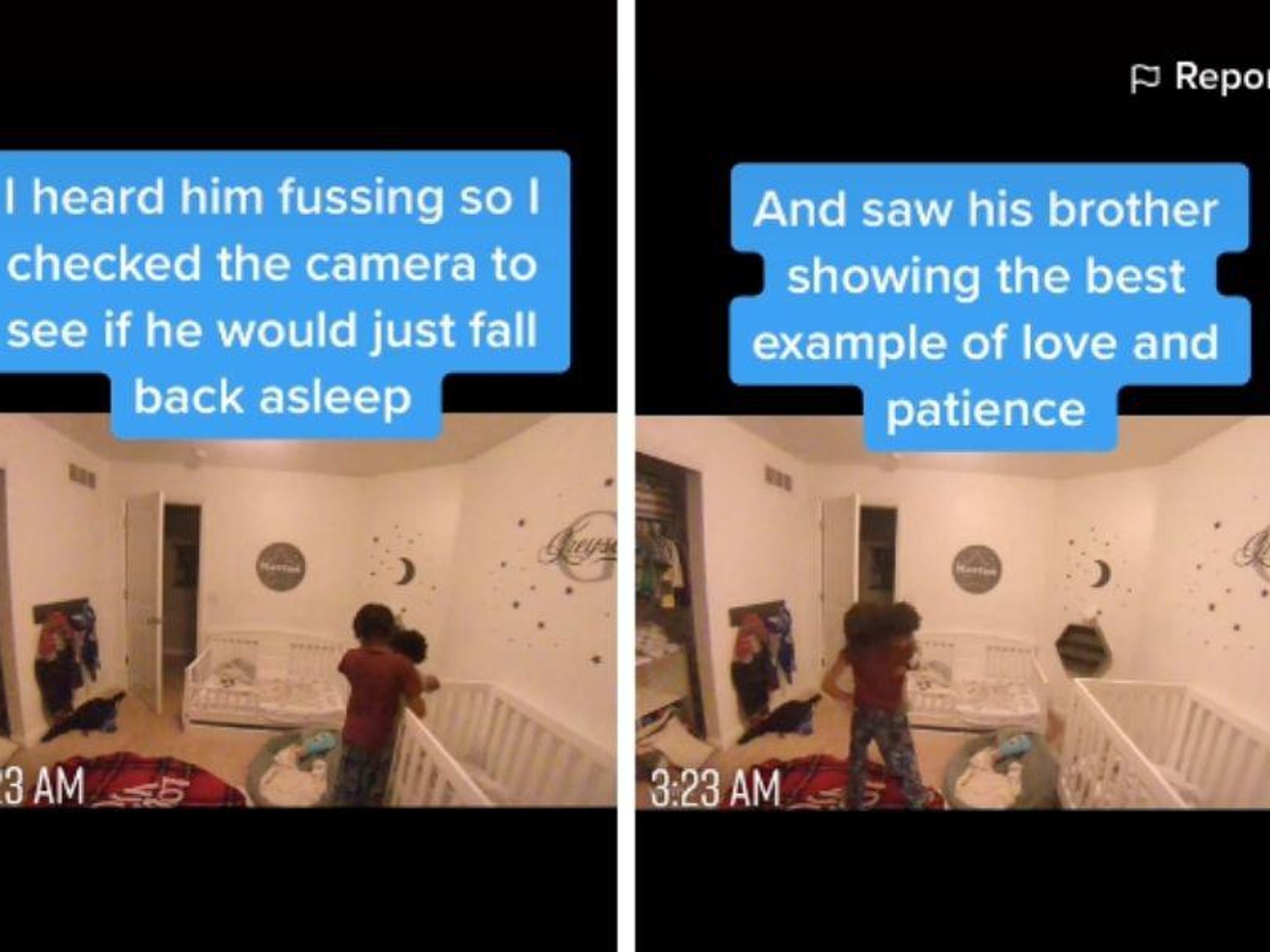 The best feeling as a parent is when your child does something that exemplifies good character without being asked and without expecting any recognition or reward for it. Seeing your kid practicing patience, kindness and helpfulness, even when they think no one is looking—that’s when you know that all your hard parenting work is paying off.

So when you’re a mom with six kids and the baby monitor you have in your 18-month-old’s nursery shows your 10-year-old stepping up to help his little brother—in the middle of the night, no less—your heart might melt a little. And when he tells you the thoughtful reason why he didn’t just come and get you when he heard his brother fussing, your heart might just explode.

A viral TikTok captured this scenario at Gloria McIntosh’s house in Ohio last December, and it could not be sweeter.

McIntosh told TODAY Parents that she always told her kids that the true test of a person’s character is what they do when no one is around—a lesson that her son Mason clearly took to heart when he got up at 3 a.m. to comfort his 18-month-old brother, Greyson.

“The baby woke up in the middle of the night,” McIntosh wrote. “I heard him fussing so I just checked the camera to see if he would just fall back asleep and saw his brother showing the best example of love and patience. He stayed with him for almost 30 minutes trying to get him back to sleep. I eventually came in and got the baby, and asked my son why he didn’t just come and get me.”

The reason was as sweet as can be.

“He said he wanted me to get some rest, because I did a lot that day. While parenting is not his responsibility, just the fact that he understood that he is his brother’s keeper, and considered my long day as a mom, is much appreciated. ❤️”

When he climbed into the crib with him? Gracious. That’s when you know your kid going to be all right.

“I was smiling the whole time,” McIntosh told TODAY Parents. “He has a love for Greyson that is unspeakable. I can’t even really explain it.”

McIntosh said Mason is a natural caregiver. “I’m sure Mason was tired and cranky. He was woken up at 3 a.m.,” she said. “But how you saw him treat his brother is how he is. He steps up.”