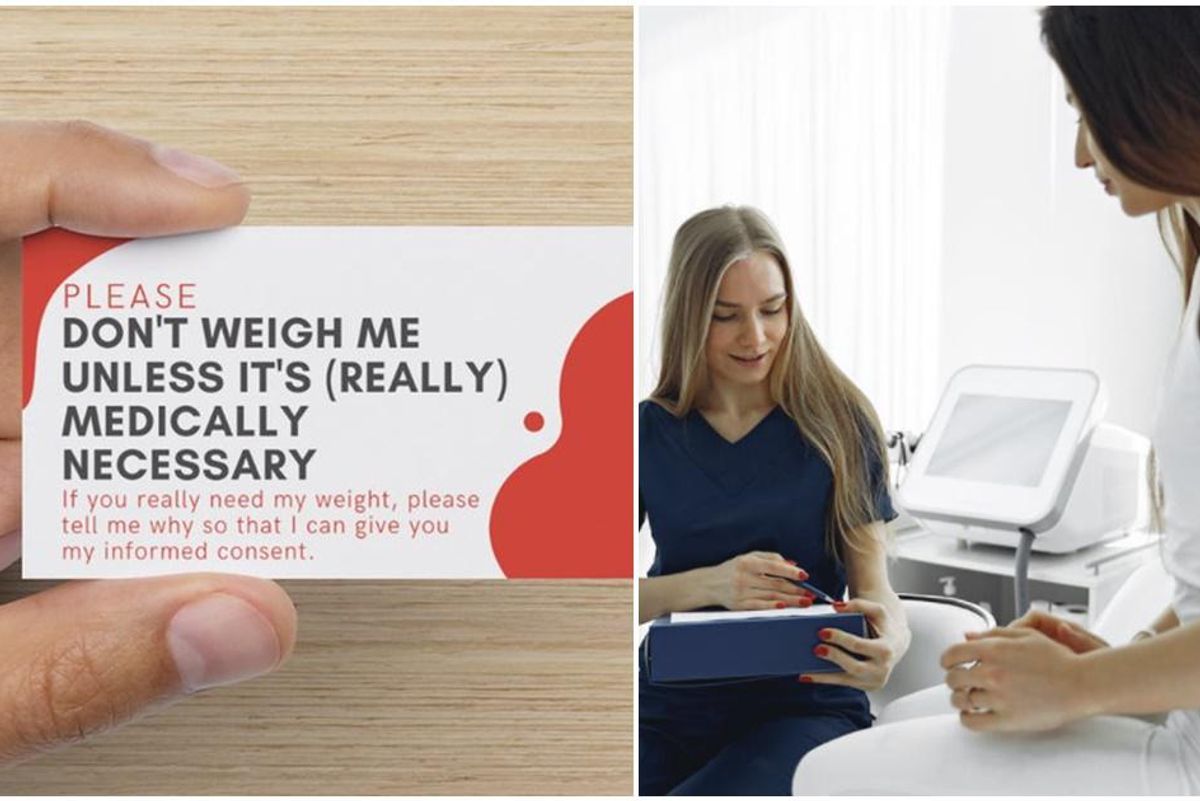 It can be psychologically distressing for people who’ve had an eating disorder to stand on a scale. For those who have struggled or are currently dealing with a disorder, being weighed can lead to obsession. It can also trigger dangerous behaviors such as purging, binging or reducing food intake.

That makes going to see the doctor a dangerous proposition for many. Most doctors routinely weigh every patient regardless of their body type or whether they’ve struggled with eating issues.

“I myself recovered from an almost lifelong eating disorder. And when I did, being weighed at the doctor’s office was very stressful,” Ginny Jones, Editor of More-Love.org and a parent coach, told TODAY. “I knew that, especially among people with a history of eating disorders, being weighed is not a helpful way to begin every medical appointment.”

So in 2019, Jones created cards to hand to medical practitioners so people could discreetly ask not to be weighed unless it’s a medical necessity. The cards have gone viral multiple times on social media, leading them to become popular among patients and medical practitioners. 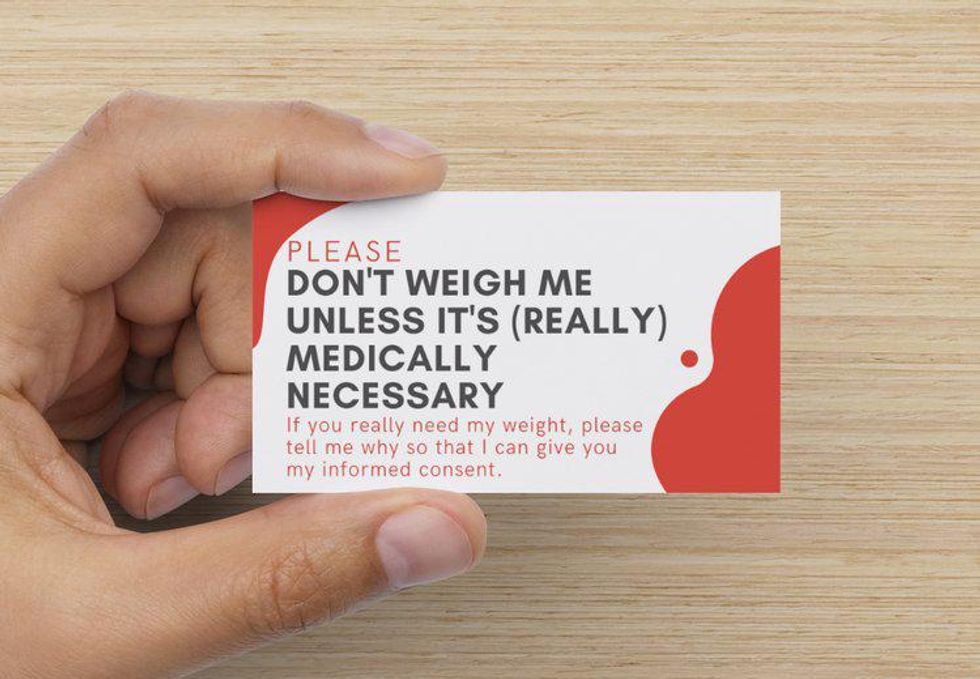 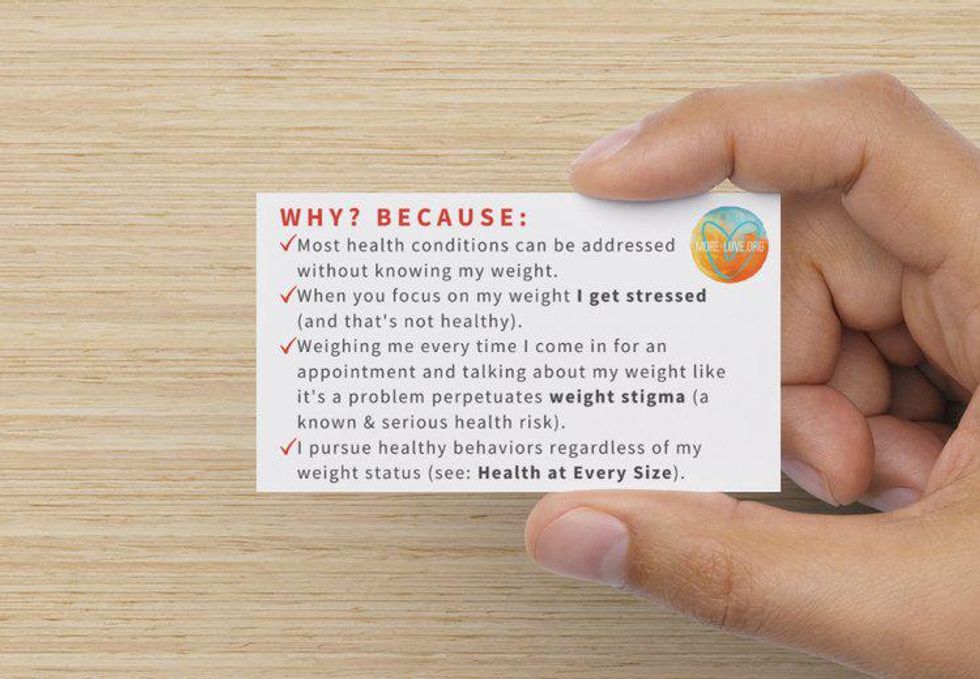 They have cards at my doctoru2019s office now to tell them if youu2019d prefer not to be weighed pic.twitter.com/6jgbFfiAOO

The tweet started an eye-opening conversation about the discomfort many feel about being weighed by their doctors. It also stirred up debate over the lengths to which patients should go to dictate how they are treated in a medical setting.

I have refused to be weighed since a doc came in and told me to lose weight before she even looked at me. Went home and took this pic to post a rant on FB. I bicycled there and was in head to toe spandex, so I asked her to point to the excess weight. pic.twitter.com/alOqiKZLFN

Loving the number of people getting upset in the comments but no where on this card does it say its for people who are overweight or obese. Anyone of any size shape and weight can pick up this card, including slim/underweight people and it is justified.

As someone who’s trying to recover from an eating disorder, i would really, really like to have something like this.

Donovan has an eating disorder and the cards have allowed her to avoid unnecessary stress and to be an advocate for her health in a quiet, nonconfrontational way. “I’d heard somewhere that you could refuse or tell them that you didn’t want to be weighed, but I had always felt way too intimidated to say it out loud,” she said.

The success of the “Don’t weigh me” cards is backed up by studies conducted in treatment facilities for people with eating disorders. In these facilities, healthcare practitioners must consider the benefits between allowing patients to know their weight or “blind weighing” them in which their numbers are kept secret.

A recent study from 2020 found that patients in the “acute” phase of their treatment that were blind weighed experienced “decreased anxiety and eating disorder symptoms and as a result, increased their ability to effectively engage in their treatment.” Blind weighing also resulted in patients experiencing “significantly less anxiety” around being weighed.

Having an eating disorder can be an invisible problem that is very difficult to discuss, even in the presence of a doctor. Jones’ cards are a way for people to advocate for their health in a way that is comfortable for themselves and their healthcare professionals.