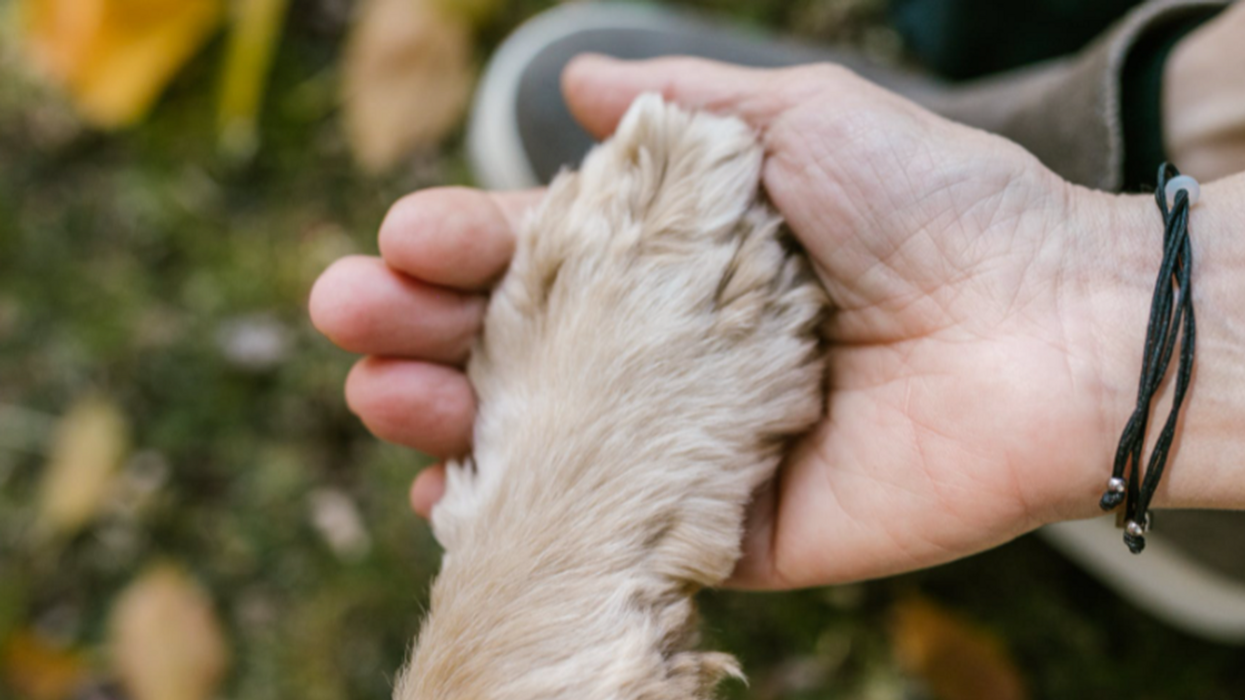 Registered nurse Jennifer Smith, 41, struck up a close friendship with John Burley, 60, at the adult daycare program at the Grand Rehabilitation and Nursing Center in Rome, New York, before he was moved from the facility.

While he was under Smith’s care for pneumonia and a lung condition, he would often show her photos of his dog, Boomer, which he adopted 12 years ago.

Burley was later transferred to the rehabilitation wing of the hospital, leaving no one to care for Boomer, so he had the dog taken to the pound. Burley had moved to New York from Arkansas, where his family lived, and he had no one to look after Boomer.

Smith heard the news from Burley in an early morning call.

The problem was that Smith had no idea where Boomer had been taken. She looked up local facilities, made some calls and learned he was taken to the Rome Humane Society.

“I was a little panicked because I didn’t know how long he had been in the shelter or if he had already been adopted to another family. It’s Christmas time and people get animals,” she said.

Smith wasted no time in going to retrieve the dog.

The nurse located Boomer in a large cage at the back of the shelter and asked if she could adopt him right there on the spot. He wasn’t ready to leave the shelter just yet but she got the guarantee she’d be able to adopt him and then called Burley, one of her favorite patients, to tell him the good news.

“She went right to the Rome Humane Society that day and paid the adoption fee, took him to the vet, and went on a shopping spree for food, crate, toys, and doggy clothes. He is very spoiled,” Kimberleigh Hare from The Grand Rehabilitation and Nursing at Rome told Newsweek.

Soon after she got Boomer home she began bringing the dog to the facility to see Burley, who now gets to hang out with his beloved pooch a few times a day. “It helps John with the healing process and gives him peace of mind,” Smith said.

The other residents at the hospital love to spend time with Boomer, too.

“I can see why John loves his dog so much,” Smith told Spectrum News. “Boomer is fantastic. I walk through the halls with him on the wings and all the residents that are in the hallway, they instantly smile. I let each of them pet Boomer.”

Although no one is certain when Burley will make it home, Smith has promised to take care of the dog as long as need be. “I made a promise to John to take care of Boomer. I will take care of him as long as he needs me to. John knows that. Right now the focus is on John getting better and taking it one day at a time,” she told CNN.

Even though Burley has difficulty speaking, he only needs three words to describe how he feels about Smith: “I love Jennifer.”