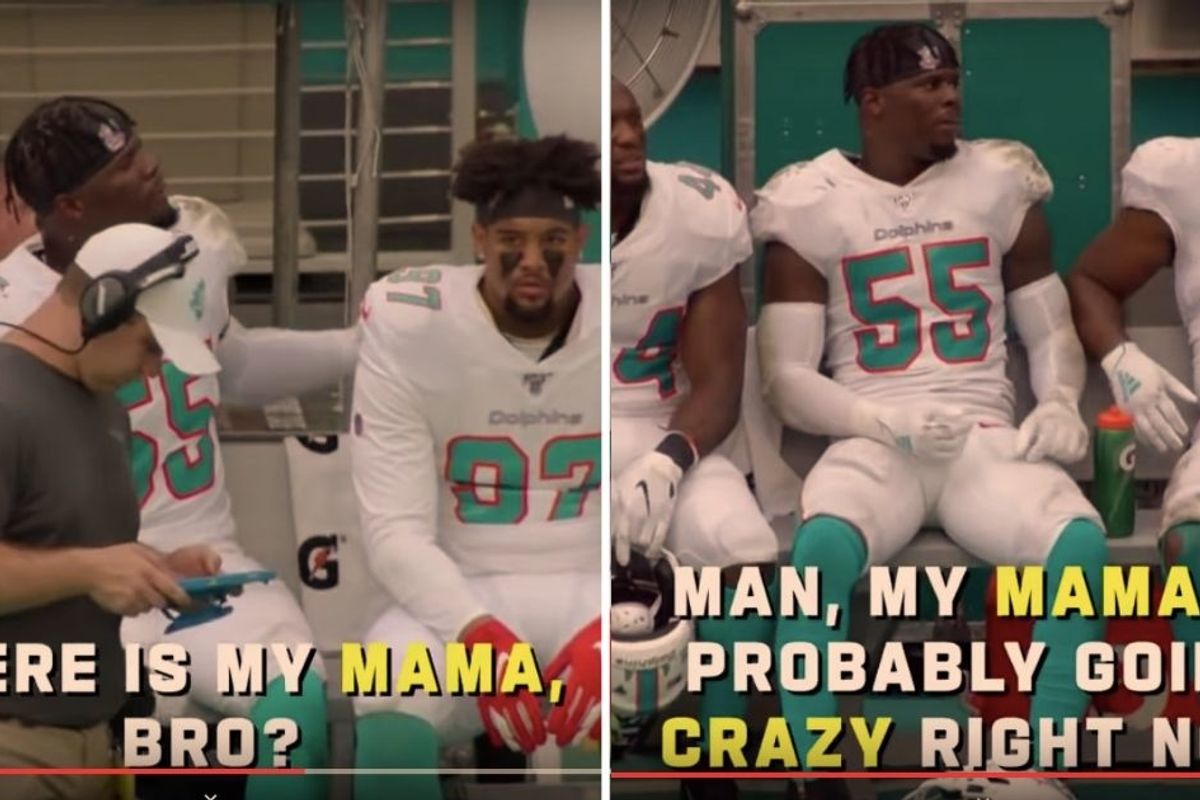 This article originally appeared on 11.27.19

No matter how big, burly, and badass you become, sometimes you just want to see your mama’s face.

A video of Miami Dolphins player Jerome Baker Jr. looking for his mom in the stands has gone viral because it’s just so dang wholesome. The 22-year-old linebacker was mic’d during the game, and as he sat with his teammates on the bench, he kept scanning the crowd, asking aloud where his mama was. According to the South Florida Sun-Sentinel, Baker had sent his mom, Theodora, a ticket to the game, but he wasn’t sure if she was going to make it.

The video alternates between Baker pumping up his teammates on the field, making tackles, and hanging with his teammates on the sidelines and asking,”Bro, where is my mama?” Just after a play, he was caught on the field looking up to the stands, asking himself, “Where is she AT?” At one point, Baker was singing along to the Miami Dolphins fight song, only to interject another “Where is my mama?” in the middle of it.

The contrast between Baker’s game-on intensity and his innocent searching between plays creates a touching montage that could melt any mom’s heart.


Mic’d Up: Dolphins LB Jerome Baker looking for his mama in Week 9 win

Baker himself found the video hilarious, and said he was “dying laughing” when he saw it making the rounds on Twitter.

“It was just funny. You don’t realize how many times I was saying it, but I was saying it so much. The video made it funnier,” he said in a video with the Sun-Sentinel.

Even people who aren’t fans of football can appreciate the sweetness of a tough young man wanting to see his mama. Whoever you are, wherever you live, whatever you do, there’s just something comforting in knowing mom is cheering you on.