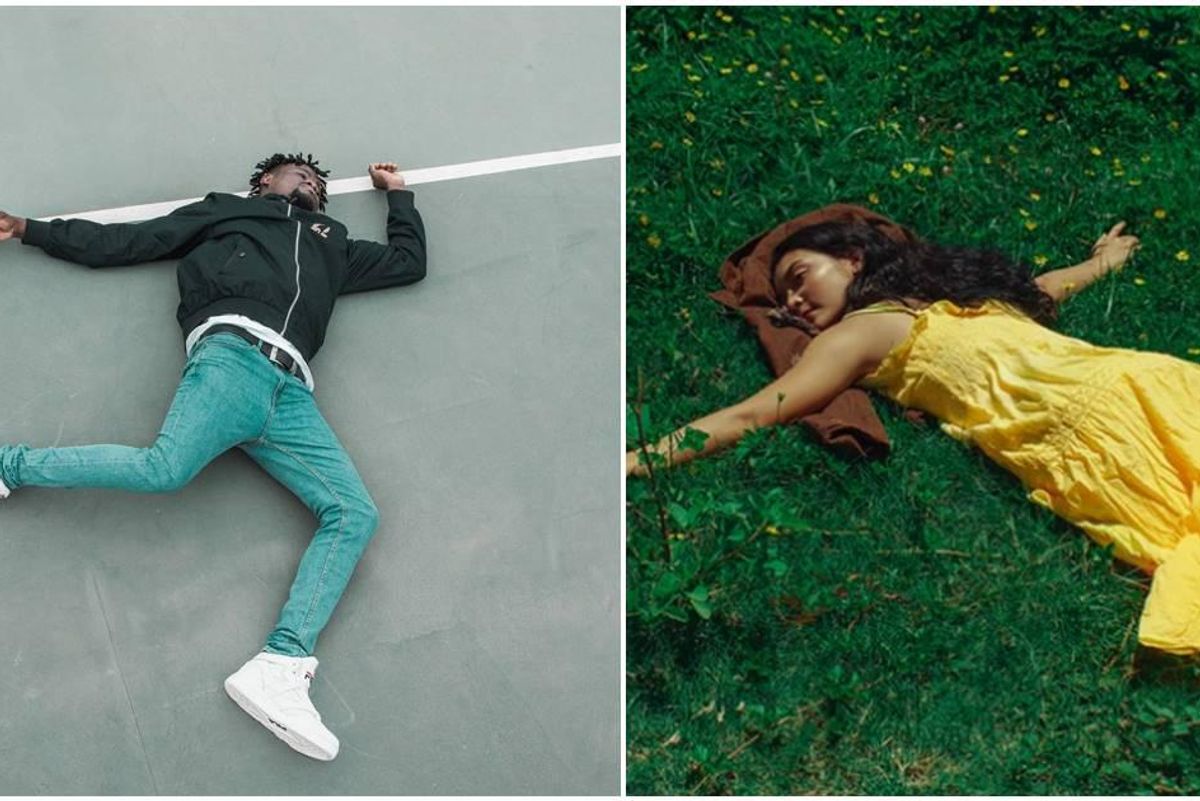 We seem to have forgotten how to perform one of the most popular behaviors throughout human history, nothing. The closest we come to it these days is sleeping or resting. But when was the last time you did absolutely nothing?

We live in a world where something is expected of us every moment. Either we’re working, socializing, cooking, cleaning, eating, drinking, traveling, scrolling through social media, or watching television. We’re always going somewhere or trying to get something.

We live in a culture that abhors doing nothing which is evident in our frantic work schedules and constant need to be entertained.

Imagine if you had the monk-like peace of mind to just put a stop to all of the doing and lived completely in what Eckhart Tolle calls “The Now.” Seems impossible, right?

In the “Tao Te Ching,” philosopher Lao Tzu challenges people to balance all of the something they’re constantly up to by also learning to embrace the nothing. “When nothing is done, nothing is left undone,” the philosopher famously said.

Dr. Manvir Singh, a research fellow at the Institute for Advanced Study in Toulouse and a Ph.D. from Harvard’s Department of Human Evolutionary Biology, called attention to our inability to do nothing on Twitter recently.

Dr. Singh shared a tweet thread that highlighted a study from the ‘70s and ‘80s in small-scale non-industrial societies where researchers noted activities people engaged in throughout the day. The shocking fact—at least from today’s perspective—is that idling or “doing nothing” was one of their favorite activities.

In the 1970s & 80s, anthropologists working in small-scale, non-industrial societies fastidiously noted down what people were doing throughout the day. I’ve been exploring the data & am struck by one of the most popular activities: doing nothing. [thread] pic.twitter.com/Y3YuZUU55O

Background: The anthropologists (e.g., Bob Bailey, pictured) visited random people during waking hours & recorded what they were doing, building a representative sample of time use. Most of these data were collected while an anthropologist lived with the community for a year+. pic.twitter.com/cI025d3FSM

The researchers typically chose among ~60 activity codes, one of which was “Idle, doing nothing”. This is different from napping, chatting, fixing tools, tidying up, & idleness b/c of illness. As far as I can tell, it’s really about doing nothing at all, at least apparently. pic.twitter.com/yqaT9sdWku

Here are data collected in ’80-81 for the Efé, who lived mostly by hunting & gathering in the Ituri Rainforest of Central Africa. The median adult spent ~27% of their waking time doing nothing (in green). It was the most common activity. pic.twitter.com/EL5abCMjq7

Here are the data for two Machiguenga communities in Peru, collected in ’72-’73 (left) and ’86-’87 (right). The Machiguenga combined small-scale horticulture with foraging. Again, “doing nothing” leads the pack, either as number one or in the top 3. pic.twitter.com/FlhXlHoN9Z

Most of the high-ranking activities in these plots are well-studied by psychologists. But how much do we know about doing nothing? Not much. Living in fast-paced, industrialized societies with constant access to entertainment, it’s easy to lose sight of the value of doing nothing pic.twitter.com/6bqFgF72TO

These data were collected in the 70s & 80s but were digitized (I believe) by @JoHenrich & then released in 2019 with this paper led by @rabhui: https://t.co/7UWhrIhrAf

Here’s a link to the digitized data: https://t.co/QjG6qiHemL

Finally, I’ve been exploring these data in preparation for my talk at the Sophia Club (hosted by @aeon) on June 14th in NYC! If you’re in the city that night, come & chat about leisure, idleness, & work across cultures:https://t.co/wtaeXDurnZ

The tweet thread was an eye-opener for many people who’ve been birthed into an existence predicated on productivity.

I was just thinking how people feel the need to react immediately to everything all the time. Many simply cant sit still & listen or take in information for a long period of time without the need go react or do something

I feel that the term “idle” carries some negative connotations though. Perhaps an alternative term might be preferable.

Ready to get started doing nothing? I’ve found that one of the healthy byproducts of regular meditation practice is learning to appreciate doing nothing. A simple mindfulness meditation practice (which you can easily learn here) teaches you to set aside ponderous thoughts and to feel fulfilled existing in the moment without having to be productive or entertained.

In the Western world, we are constantly searching for a sense of fulfillment. In the Eastern philosophy of Taoism, a person can only be filled if they are first empty. So by taking the time to empty ourselves of sensory input, ponderous thoughts, or the desire to go somewhere or do something, we are opening ourselves up to new possibilities of fulfillment.

As the Taoist philosopher Lao Tzu once said:

It is the center hole that makes it useful.

Shape clay into a vessel;

It is the space within that makes it useful.

Cut doors and windows for a room;

It is the holes which make it useful.

Therefore profit comes from what is there;

Usefulness from what is not there.