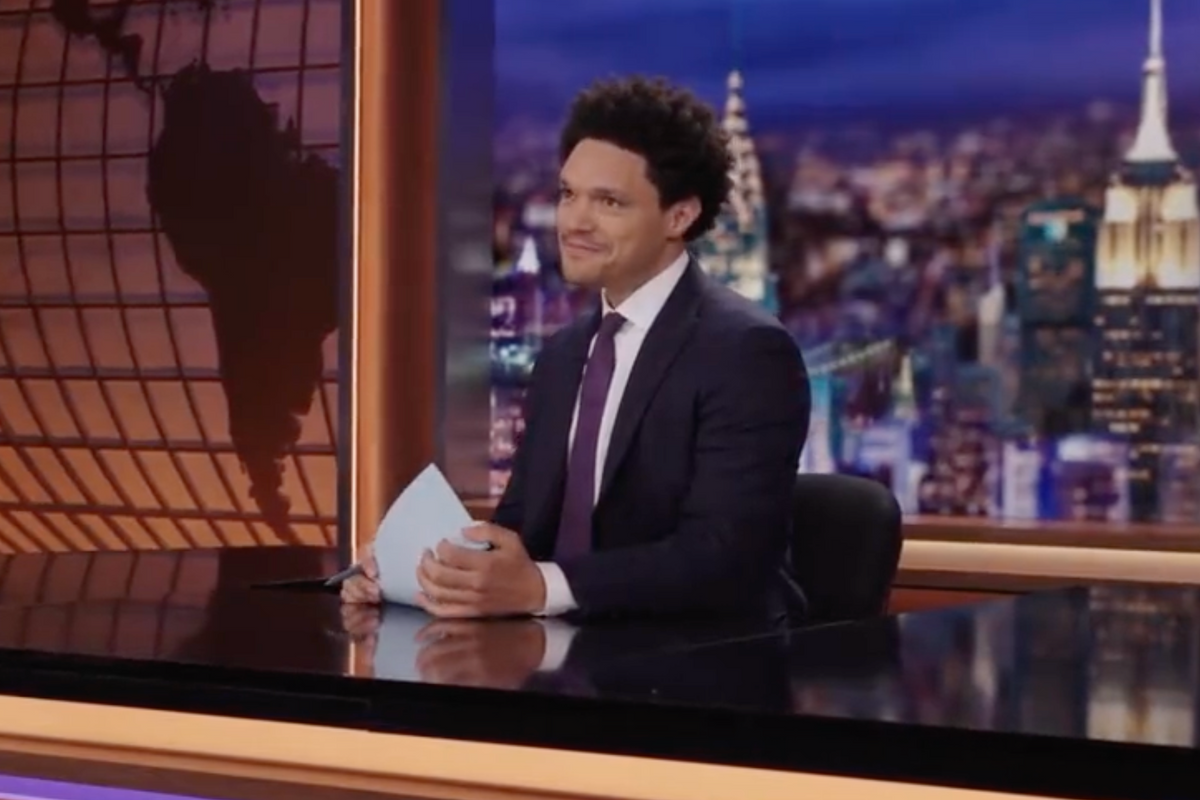 During a recent Q&A segment of “The Daily Show,” host Trevor Noah was asked what the difference was between racism in South Africa, and racism in the U.S. His answer is honest and to the point, if not just a little disturbingly accurate.

At first he answered with that classic brand of charming Trevor Noah humor, jokingly complimenting the audience member for “asking such a deep question in a bubbly manner.”

“I thought you were gonna ask the difference between spring and summer,” he quipped before giving his candid take.

For Noah, it all comes down to directness.

“I think the biggest difference is that I find that South African racism is and was a lot more blatant,” he shared, adding that having racism out in the open was the “greatest gift” the apartheid government bestowed upon the country.

“It was there, it was happening to you. It wasn’t hidden,” he continued. “So you would just [say] ‘we don’t want this.’ People would fight. ‘Stop this apartheid. It’s racism!’ and then the government would be like, ‘yes of course it is racism. That’s what we’re doing to you.’”

Racism in America, on the other hand, is much more insidious.

Noah told the audience, “but then what happened in America is…you hit that period where they started changing things…and they were like, ‘oh we gotta be silent about this.’ And then it wasn’t blatant anymore…I’ve always thought that’s a terrible thing to do to people. Because now people have to be detectives of their own racism.”

He gave an clear example: “so in South Africa, the government would just say ‘Blacks cannot live in these areas.You’re Black, you don’t live here. Now you know, ‘I’m Black, I don’t live here.’ But then in America, you’d be like “can I get a home loan?” and they’d be like “mmm, no.’”

Noah is of course alluding to lending discrimination. According to an investigation from The Markup, loan applicants of color were 40%-80% more likely to be denied than white applicants with similar financial profiles. Many times, these applicants of color get denied despite having less debt and earning higher income.

But why stop there? There’s also redlining, implicit bias in healthcare (made all the more evident by the COVID-19 pandemic.) Even the technology we use on a daily basis is embedded with subtle, yet distinct racism–from facial recognition, to beauty filters that favor lighter skin, to a lack of diverse emojis. Though we are beginning to have more discussions on these disparities, on the whole they remain. And yet, in contrast in South Africa, the bias is often denied.

Which version of racism is worse…the unabashed kind, or the kind that hides just far enough below the surface of awareness that many can deny its existence entirely? For Noah, the answer is obvious:

“I know it’s strange to say, but I think there’s something liberating about fighting an obvious enemy as opposed to one you have to prove exists.”

You can watch the full video here: