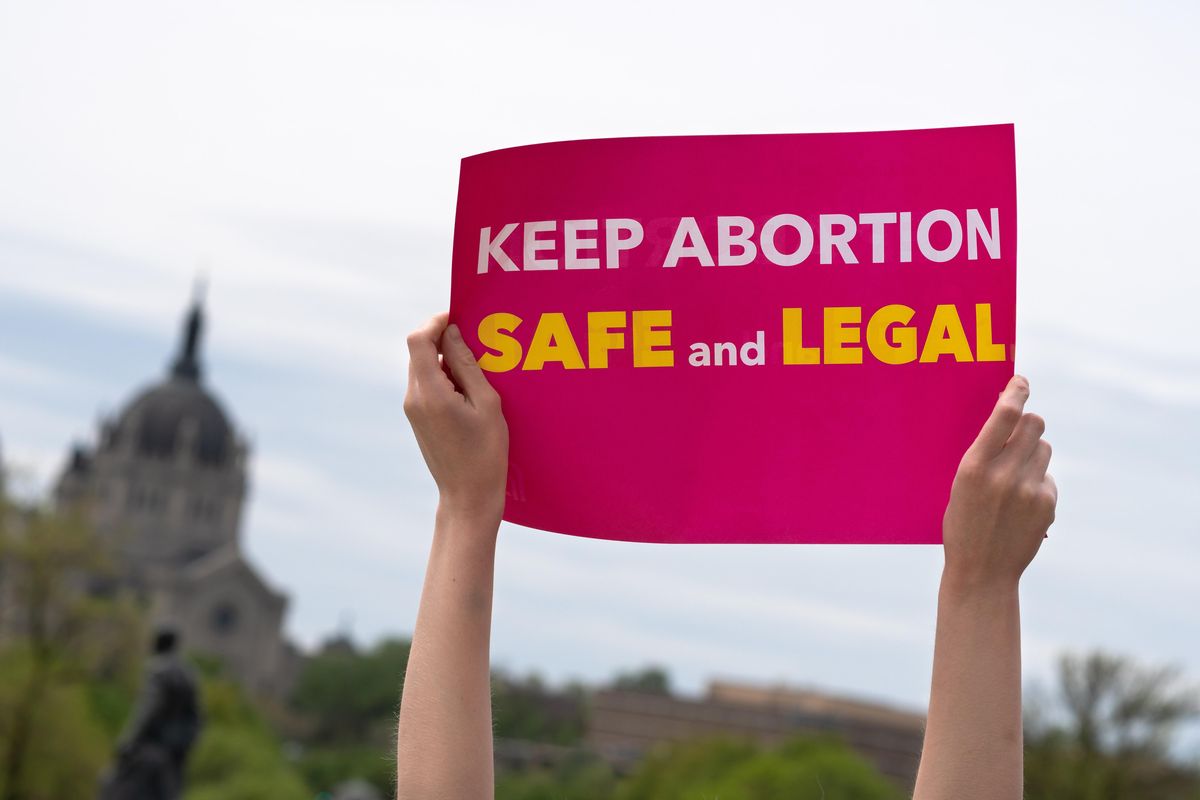 In light of the leaked Supreme Court draft opinion to overturn the landmark Roe v. Wade decision, California governor Gavin Newsom, Senator Toni Atkins and Assembly Speaker Anthony Rendon announced that it will propose an amendment which would place permanent protections for abortion into the state’s constitution.

NEW: We are proposing an amendment to enshrine the right to choose in the California constitution.

We can’t trust SCOTUS to protect the right to abortion, so we’ll do it ourselves.

That statement (below) reads:

“California will not stand idly by as women across America are stripped of their rights and the progress so many have fought for gets erased. We will fight. California is proposing an amendment to enshrine the right to choose in our state constitution so that there is no doubt as to the right to abortion in this state. We know we can’t trust the Supreme Court to protect reproductive rights, so California will build a firewall around this right in our state constitution. Women will remain protected here.”

Newsom posted to his own Twitter page, saying “our daughter, sisters, mothers, and grandmothers will not be silenced. The world is about to hear their fury.”

California has long positioned itself as a safe haven for those seeking an abortion: making it accessible to minors without need of parental consent, and even allowing non California residents to receive them. Newsom told The Associated Press in Dec 2021: “we’ll be a sanctuary. We are looking at ways to support that inevitability and looking at ways to expand our protections.”

One protection already existing is the Abortion Accessiblity Act, which eliminates out-of-pocket costs for abortion services covered by health plans. This comes as a direct response to “nationwide attacks on reproductive rights,” said First Partner Jennifer Siebel Newsom, adding that “California will continue to lead by example and ensure all women and pregnant people have autonomy over their bodies and the ability to control their own destinies.”

NEW: If the Supreme Court rolls back the landmark Roe v. Wade ruling, abortion rights would be up to individual states. 23 states would institute bans, and 13 have “trigger laws” waiting for the ruling. https://t.co/RIdU9ObKGw pic.twitter.com/dA7EVNXYJa

Though the reveal of the draft has no immediate effect on abortion access, if the Supreme Court were to overturn Roe v. Wade, 13 states with “trigger laws” in place would immediately enact the ban. And according to the Guttmacher Institute, a reproductive rights advocacy group, that number shoots to 23 states based on passed laws that predate Roe.

However, Axios reports that at least 17 states, not just California, have enacted laws to keep abortion legal.

For example, in March 2022, Colorado created a bill called the “Reproductive Health Equity Act” codifying the right to abortion. Axios added that, similar to California, abortion advocates in Colorado are potentially pursuing a ballot measure in 2024 to place abortion access in the state’s constitution. In Vermont, lawmakers have already voted to protect abortion rights under the state’s constitution. If passed, it would be the first state to do so. And in Washington, Gov. Jay Inslee signed a bill prohibiting legal action against people seeking abortion and those who aid them, ensuring the state won’t endure a Texas-style ban.

In less than fifty years time, the rights to abortion might once again be in the hands of the states, rather than nationally protected. The thought of that looming potential reality is a nightmare for many. However, there is a small (very small) comfort in seeing some states taking countermeasures.