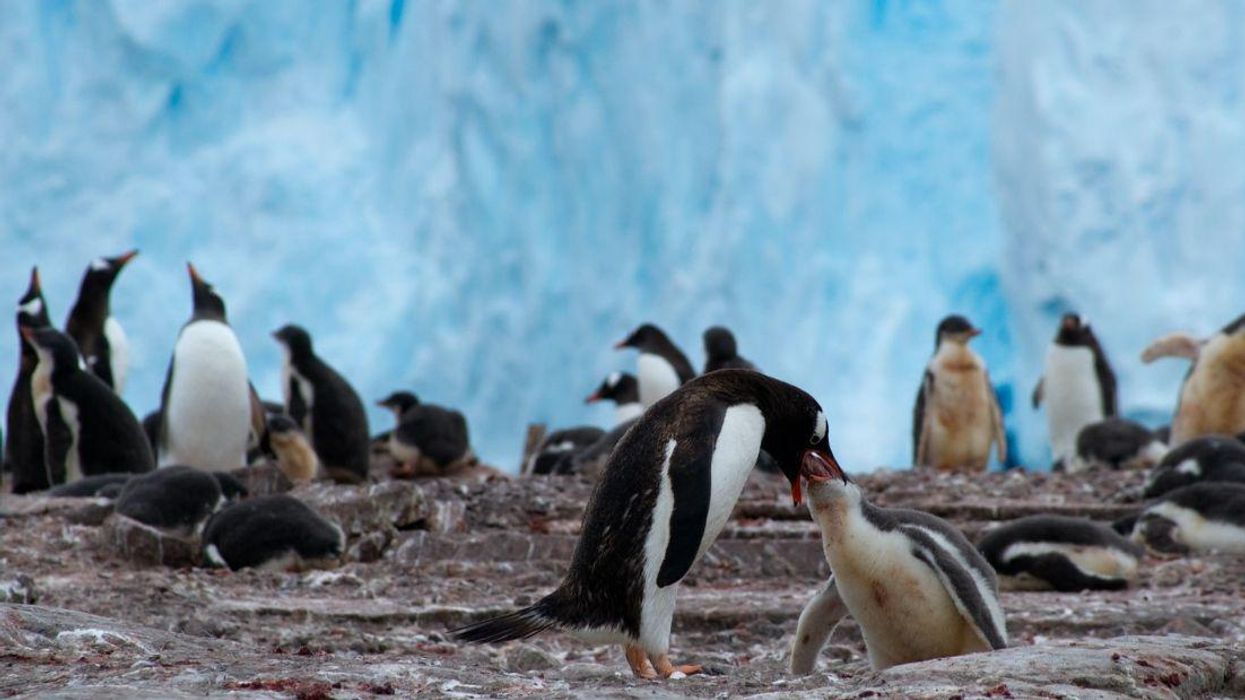 Sometimes you need a helping hand to have the best possible start. That’s what’s happening with five baby Humboldt penguins at the ZSL London Zoo in England.

Zookeepers have stepped in to help care for the newest inhabitants of the zoo’s Penguin Beach after it was discovered their parents were struggling a little. The keepers have become the penguins’ parents, hand-rearing the little penguins in the zoo’s nursery.

“During the breeding season, we check the nests on Penguin Beach every day, keeping an eye out for any chicks who might not be feeding enough or whose parents are struggling to care for their brood,” ZSL London Zoo penguin keeper Suzi Hyde explained in a statement from the zoo.

“These five chicks all had first-time parents who needed a little bit of extra support, so we were happy to swoop in—with a little help from a few soft toy penguins, donated by the zoo shop, for them to snuggle up to.”

Baby animals usually have a parent to snuggle up to and penguin babies depend on their parents for their survival. Both penguin parents are responsible for the care and feeding of the babies. Adult penguins recognize their babies by their distinct call. The ZSL zookeepers are currently caring for the babies by feeding them round-the-clock. But humans can’t snuggle like their penguin equivalents. Enter the stuffed animals.

All of the little penguins were born between April 14 and 24 and have been living under warming lamps with their stuffed surrogate parent in the center. Currently, they’re being fed something called a “penguin milkshake,” which is a mix of blended fish, minerals and vitamins. It mimics the food that is regurgitated to the babies from their parents.

The zoo recently shared a video of the babies in their little incubator bowls during their daily weigh-ins and it’s clear they’re growing stronger every day.

“The chicks have all steadily increased in weight by ten percent each day, so they’re growing very quickly,” Suzi Hyde said. “They’re always eager for their next meal and make sure we know it’s feeding time — they may be only a month old, but they’ve definitely perfected their squawk!”

Four of the baby penguins are girls and there is one boy. Because they’re inhabitants of London Zoo, the zookeepers thought it would be great to honor Queen Elizabeth II’s Platinum Jubilee by naming each of them after different prominent moments in her 70-year reign as monarch. There’s Hillary, named after Sir Edmund Hillary, the first British person to scale Mount Everest; Bobby, who honors soccer player Bobby Moore leading to a World Cup win in 1966; Apollo, after the moon landing in 1969; Mac, named after Ellen MacArthur, who set a record in 2006 for a nonstop sail around the world; and Bernie, after the creator of the internet, Tim Berners-Lee.

Currently, the penguins are covered in soft gray feathers that aren’t waterproof, so they can’t really do much. In another month or so, when they’re around 10 weeks old, they will be moved to the zoo’s nursery pool and begin swimming lessons. Once they have their waterproof feathers, they’ll join the 62 other Humboldt penguins in the Penguin Beach exhibit.