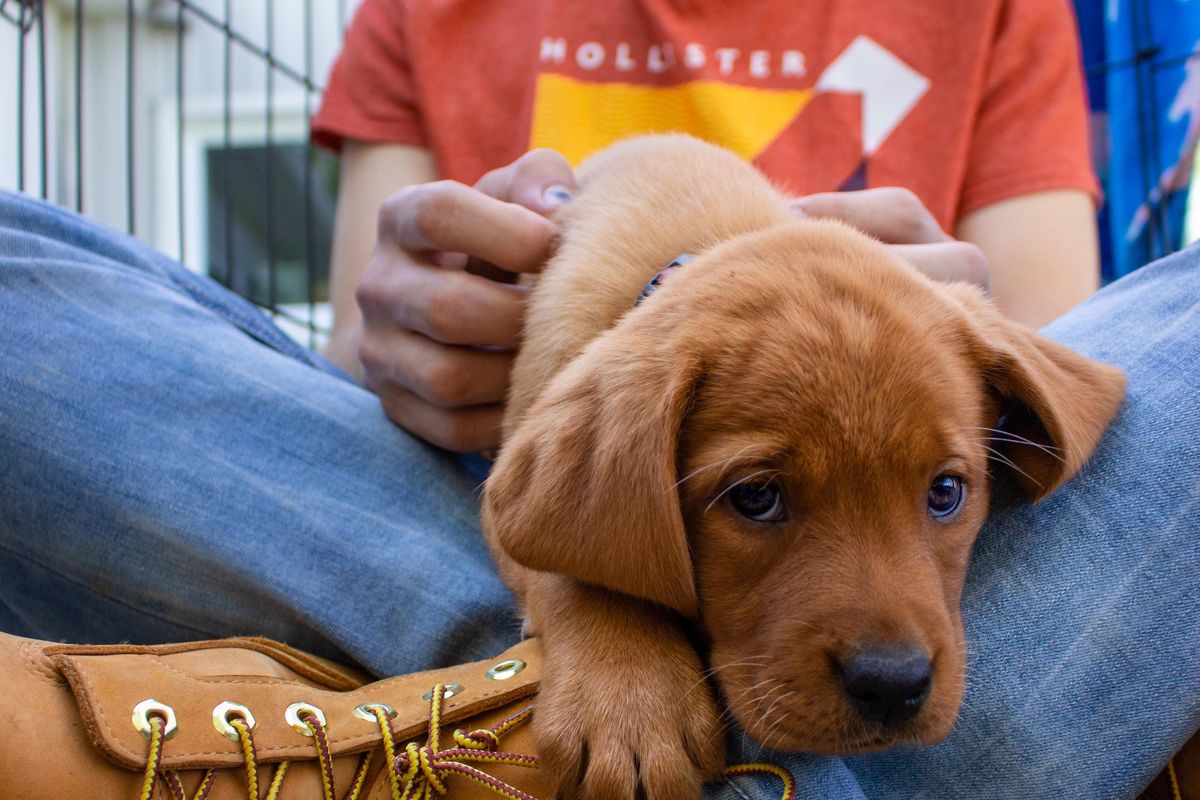 Roman began rescuing animals from local shelters when he was living in Texas, but because he couldn’t bring them all home, he would create videos of the animals at the shelter, which his mom shared to social media to try to bring attention to them. He made it a personal mission to find every shelter pet a home, especially those that were harder to get adopted and at risk of being euthanized.

Currently, many animal shelters and rescues are overwhelmed with pets in desperate need of being adopted—many the result of “pandemic puppies.” And with puppy and kitten season in full effect, shelters need more help than ever to find homes for these animals. Adults can help by ensuring that stray animals are spayed (normally inexpensive or even free at local humane societies) and by volunteering to foster animals or adopt from shelters instead of purchasing from a breeder.

Roman’s mission to see every pet from a shelter get adopted is a lofty aspiration but one he is embracing full-on. According to The Washington Post, Roman and his mom founded Project Freedom Ride, a nonprofit organization that transports dogs from Texas to northern states where adoption rates are higher. The nonprofit has rescued 4,200 dogs since its founding in 2016. Seventeen of those dogs appear on Roman’s new Disney XC show, “Roman to the Rescue,” which has so far released 7 of its 17 episodes. In each episode, Roman and his team focus on one dog to figure out its personality and show it in the best light.

It is amazing to see how one kid’s efforts have started not only an organization rescuing thousands of animals, but hopefully a movement for young people via his show. If you want to catch his new show to see how he gets these 17 dogs adopted, you can find it on Disney XD on DisneyNOW.