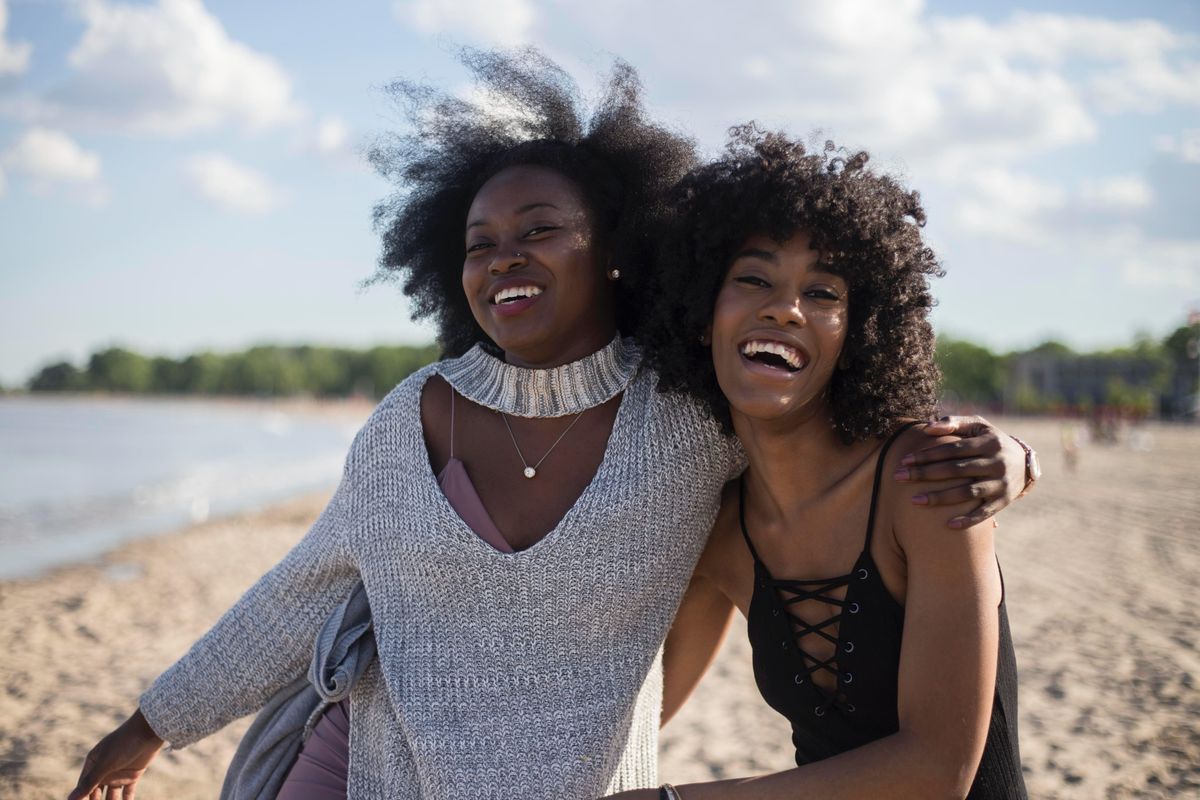 Dating is really hard. Especially for people over the age of 30. As someone who has been through it, I can attest to it honestly feeling like a full-time job. Dating apps are time consuming—you have to create an enticing profile, choose the best pictures to represent you and make sure your intentions are clear. Usually, you’re doing this for more than one dating app at a time. Forget the emotional and time investment it takes to go on the apps and find an actual date. Your thumb will get tired from all the swiping right and left. It’s no wonder some people just give up.

Sha Tabb was one such woman. She decided enough was enough and deleted all of her dating apps. But then, her friends stepped in. They took matters into their own hands to find their friend, a former NFL cheerleader who now works as a traffic reporter, a date. And Tabb absolutely let them do it.

“My dating life feels non-existent,” Tabb told PEOPLE in an exclusive interview. “For a while, it didn’t bother me that I wasn’t dating. I was on a couple of apps, I would go out on dates and then the guys would ghost me. I’m like, ‘Okay, this isn’t working for me. I know it’s worked for many other people, but it’s just not working for me.’ So I took myself off of the apps.”

Her friend Jacqui Duran, who had met Tabb about 11 years ago when they worked together, heard about an app called Wingman after reading a story about a woman whose mother used the app to create a profile for her. So, during her birthday dinner, Duran, along with another friend and former co-worker Sheri Ralliford, presented Tabb with the idea of allowing them to take over her dating life. Tabb agreed to let her friends do the heavy lifting of dating for a while. 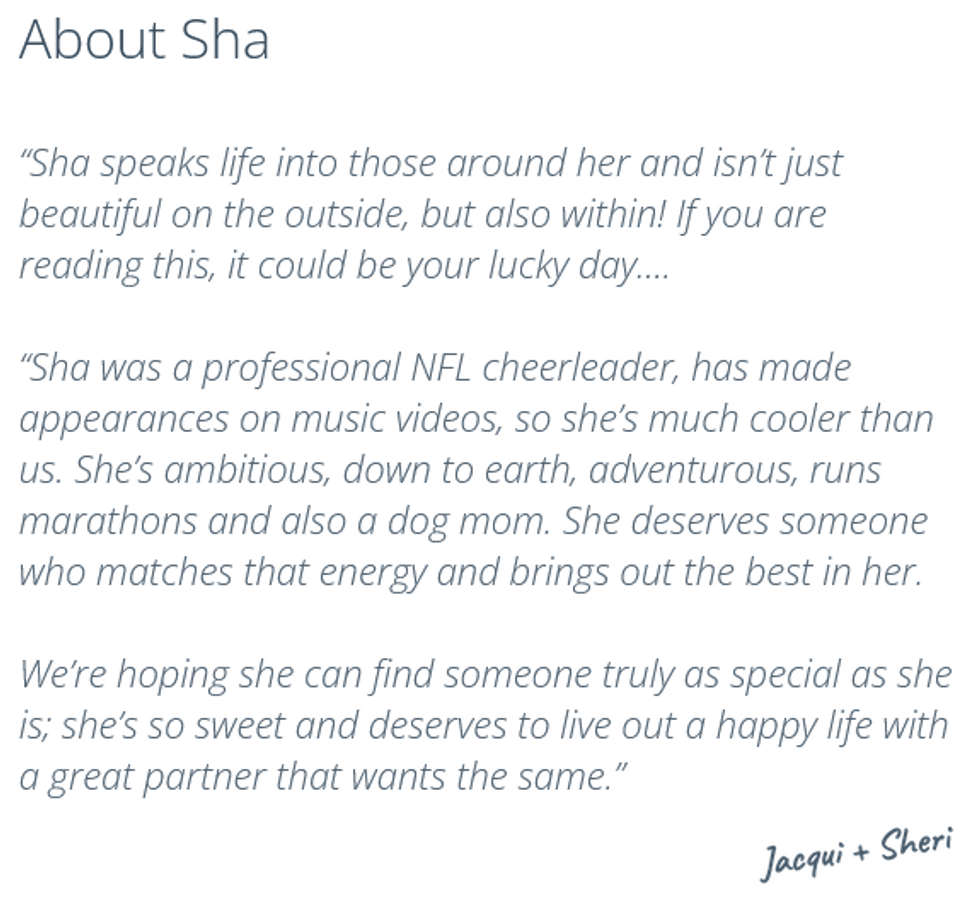 In February, the friends created Tabb’s profile on Wingman, hoping to find their friend love. Some time later, Wingman CEO Tina Wilson found Tabb’s profile and had the team turn it into a 48-foot billboard in Times Square. The billboard was installed on May 3 and will run until June 19. Wilson explained to PEOPLE that Tabb’s story “goes to show you can be beautiful inside and out, and a professional cheerleader even, and still struggle to find the right partner.”

It is absolutely bonkers to imagine what it must be like to have your dating profile broadcast in Times Square of all places. Tabb is taking it all in stride so far.

“I’ve done modeling in the past, so I’ve had my face on things, but normally I’m promoting other things for people or other products. Now, I’m promoting myself,” she said.

This is all so amazing, but where did Wingman even come from? The dating app was created by Tina Wilson at a time when she was single and her friends were all pretty much married. A self-professed “cupid,” Wilson wanted to put her skills to good use. “The ability to help our friends find someone is a very deep-seated instinct for many, many people and I wanted to create a constructive outlet for that desire,” she says on her website. 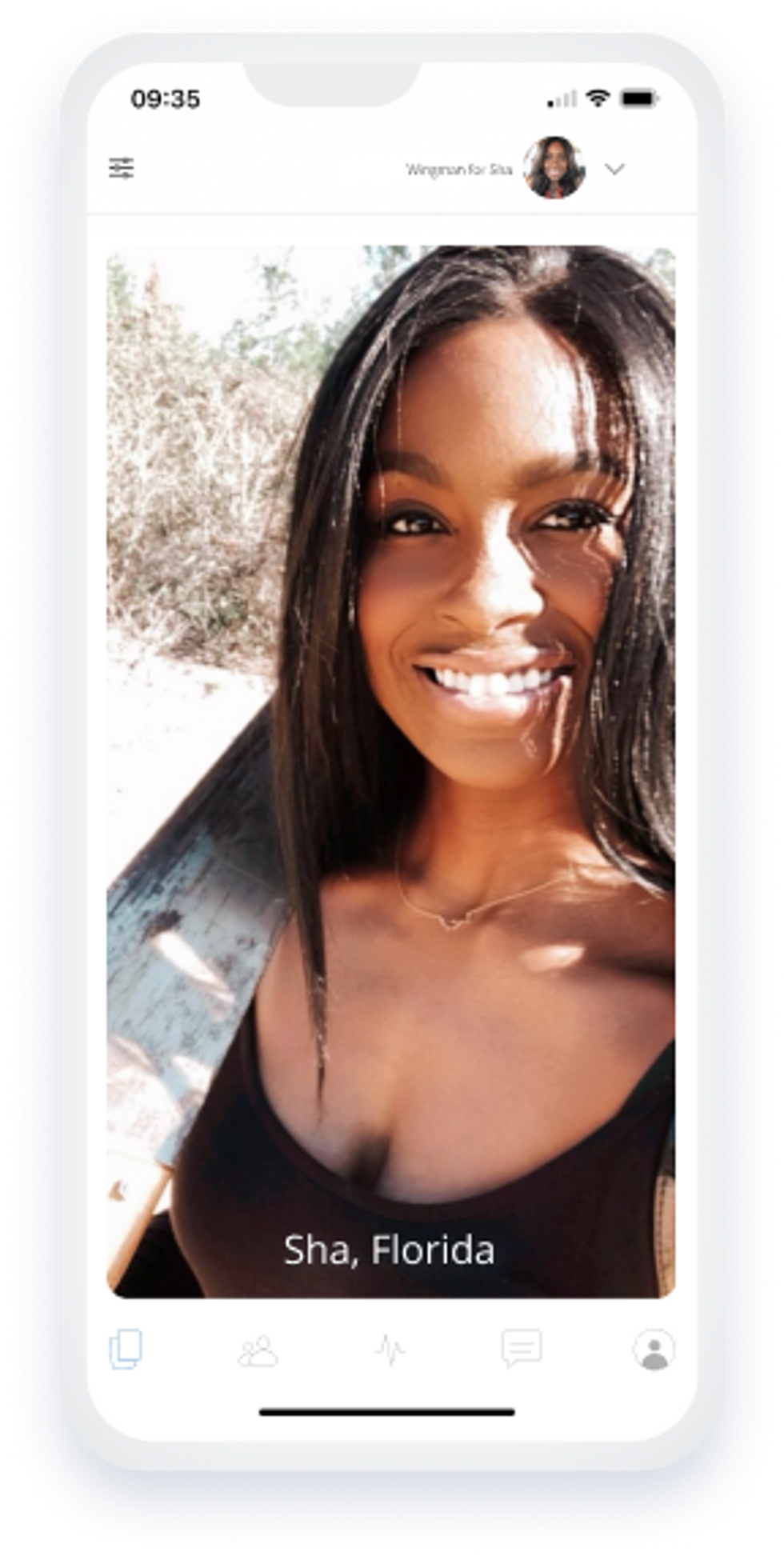 And that’s what Wingman is—you put your friends in control of your love life (but only if you trust them of course!). They’re completely in control, they write your profile and tell people why they should date you. And then, they get to decide who you end up going out on dates with.

“Wingman lets those that know you best, choose who you should date,” according to the company’s website. Additionally, the app “aims to bring friends closer and redefine the online dating game” by allowing friends to create profiles rather than the single person themself.

Tabb has no doubts that her friends will choose someone great for her—their friendship is strong enough that she believes they know who she should date. “They’re completely being my wing women and my matchmakers,” she said.

Here’s hoping that her friends find her someone (or multiple someones) who’s a perfect match.