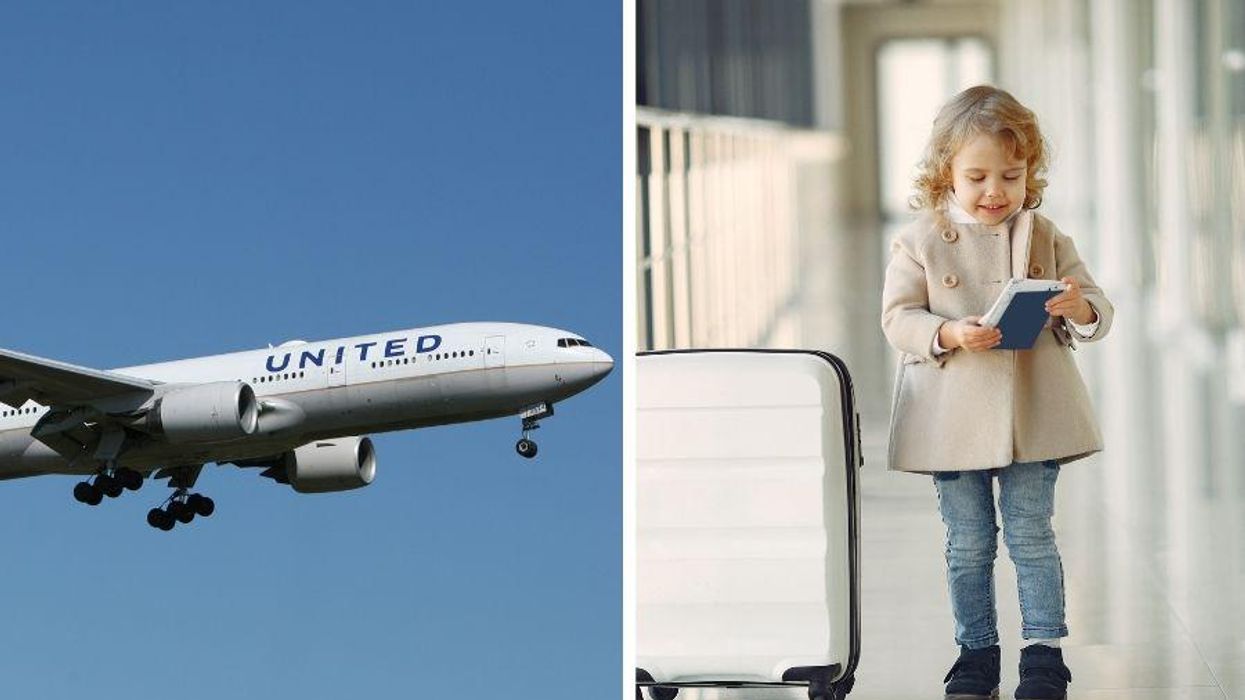 At some point, all kids lose their teeth and usually that comes with a few coins or dollars under your pillow. But 6-year-old Lena’s tooth fell out at 35,000 feet, which prompted the sweetest gesture from the pilot. Good Morning America shared the story, and it’s so cute, we had to share as well.

Lena and her mom, Lauren Larmon, were recently on a flight from New York to South Carolina when the little girl fell asleep and awoke to a missing tooth. She was in a bit of a panic. Do tooth fairies even fly coach? Lena told Good Morning America, “I was sleeping on the airplane. My mom woke me up…and we were going to go pick our suitcases up. And I said, ‘Mommy, mommy, I think my tooth fell out.’”

Having a wiggly tooth doesn’t always mean the tooth is ready to fall out, so it was a surprise to Lena after going through a few long travel days. When they realized Lena was missing one of her bottom teeth, the mother and daughter tried to get back on the plane but security had closed the doors. Lena told GMA that she was “very emotional” and “crying” due to her tooth likely still being on the plane. She said “I was like, ‘We’re never gonna find my tooth again!’”

Turns out, Lena wouldn’t have to find her tooth to get her special visit from the tooth fairy. The United Airlines pilot of the flight she was on, Captain Josh Duchow, swooped in to save the day. “Captain Josh,” as Lena calls him, offered to write the tooth fairy a letter explaining why there would be no tooth under the 6-year-old’s pillow that night. The note read, “Dear Tooth Fairy, Lena had a tooth fall out on our flight to Greenville, please take this note in place of her tooth.” It was signed “Captain Josh.”

Surely the tooth fairy will take the word of an airline captain. Tooth fairies may not need planes, but for people who do, who better to trust than the captain of the flight? To Lena’s delight, the tooth fairy accepted the note from Duchow and Lena received a note in response, according to GMA. The response read, “Lena, it is OK that you have lost your tooth on the airplane. I will get it. Keep brushing.”

Larmon shared the story about the letter-writing pilot to her Facebook and Instagram pages, where her caption read, “In a world full of bad airline stories, @united came through when Lena fell asleep on her flight home and woke up without a tooth. Very concerned that The Tooth Fairy would not show up because the tooth is somewhere on the airplane, the pilot saw Lena trying to go back through security to get her tooth and helped her out. Thank you, Captain Josh! I’m sure the Tooth Fairy will accept this note in lieu of a tiny tooth. ✈️”

This is just the sweetest interaction between a quick-thinking pilot and an upset child. We’re so happy the tooth fairy was understanding and we’re sure Lena will take the tooth fairy’s advice to “keep brushing.”