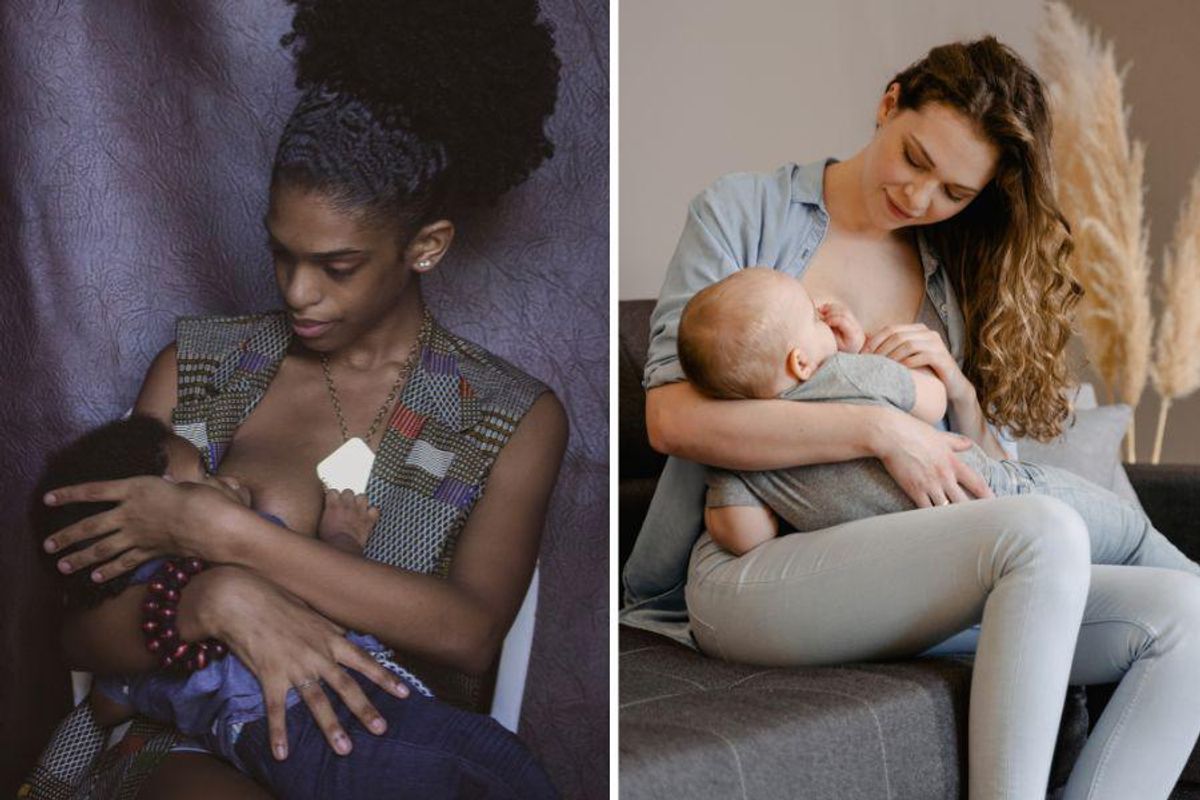 When my mom was breastfeeding my brother in 1972, someone asked her, “Are you still going to breastfeed him when he’s in college?!” He was less than 6 months old at the time.

A long history had led to the prevailing negative attitude toward breastfeeding at that time, much of it having to do with the marketing of infant formula in the decades before my brother was born. My mom ended up breastfeeding him for almost a year, which was fairly radical in the early 1970s.

The news has been met with a mix of reactions, from praise for finally aligning the guidance with that of the World Health Organization to criticism for adding to the pressure many moms feel to breastfeed. With a formula shortage crisis putting extra stress on families, judgments over infant feeding choices have unfortunately proliferated.

All three of my kids breastfed past age 2, and it definitely raised more than a few eyebrows. I can’t count how many times I’ve heard someone say that if a child is old enough to ask to breastfeed, they’re too old to breastfeed. But that’s totally arbitrary. Every breastfeeding baby communicates a desire to eat; they just do it with cries and body language instead of words.

As the AAP statement points out, “Mothers who decide to breastfeed beyond the first year need support. They often report feeling ridiculed or alienated in their choice and conceal their breastfeeding behavior to minimize unsolicited judgment and comments.”

Everyone has a different threshold for how old they feel is “too old” to breastfeed (usually whatever age they are used to seeing), so what this updated guidance from the AAP does is establish a new “norm.” That’s welcome news for those who breastfeed longer than a year. It makes a difference to have an official entity not only endorse, but actively recommend, something society tends to react negatively to.

At the same time, many families face obstacles to breastfeeding for any amount of time. I was fortunate to not have to navigate breastfeeding and working full-time when I had babies, my mom was a lactation consultant who helped me get breastfeeding established, and my close friends and family were supportive. I had every structural and social support in place to make breastfeeding happen.

The AAP did add the caveat that there needs to be a lot more support for mothers to help more families be successful in whatever breastfeeding goals they may have.

“Not everyone can breastfeed or continue breastfeeding for as long as desired for various reasons, including workplace barriers. Families deserve nonjudgmental support, information and help to guide them in feeding their infant,” said lead author Joan Younger Meek, MD, MS, RD, FAAP, FABM, IBCLC.

While every family absolutely has to do what works for them, it is helpful to have recommendations from the experts and official acknowledgment that support is key for success, no matter how long a child breastfeeds.