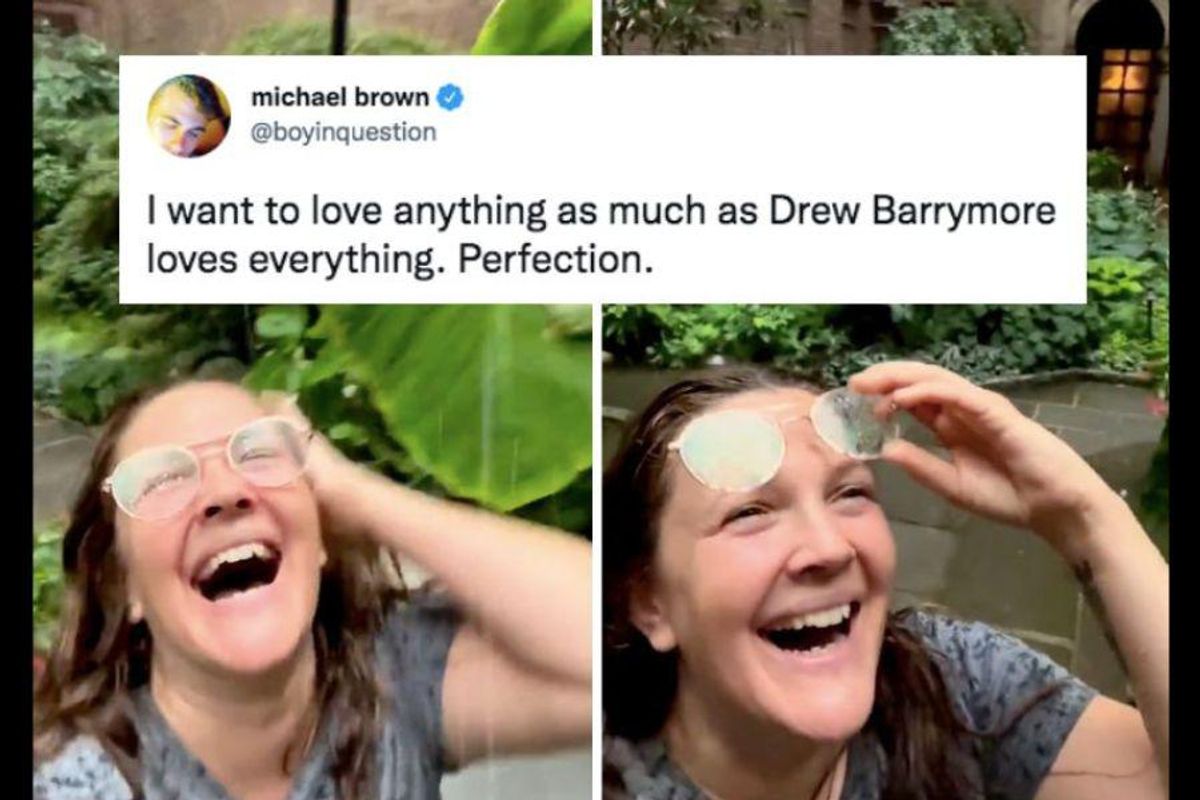 Drew Barrymore’s enthusiasm for the simple things is adorable, but it’s even more delightful when you know what she’s experienced in her life.

The actress got her start as a young child actor in the 1980s in films such as “E.T.” and “Firestarter” and has had quite an extraordinary journey. Her struggles with drug addiction started at a startlingly young age, getting her blacklisted in Hollywood at the age of 12 due to her marijuana and cocaine habits. Her issues with her mother, who institutionalized Barrymore at 13 and from whom Barrymore emancipated herself at age 14, have also been well documented.

Barrymore, now 47, has come a long way since then. She has managed to repair her relationship with her mother, free herself from drug addiction and give up alcohol completely as well. She has two children of her own, a successful production company, a cruelty-free makeup line, a few books under belt and her own talk show.

Considering the intense personal struggles she had to overcome, she’s doing extremely well.

But what people most appreciate about Drew Barrymore isn’t so much her professional success as it is her love of, well, everything. She exudes a sense of joy and contentment about the smallest things, and her joie de vivre is infectious.

Seriously, who could not appreciate this kind of reaction to being outside in the rain?

u201cI want to love anything as much as Drew Barrymore loves everything. Perfection.u201d

Or her emotional reaction to finding a hidden window in the house she’s renovating.

Or her sweet, peaceful snuggle with rescue puppies.

When a handful of people started in with comments like, “Yeah, it’s easy to be happy when you benefit from generational wealth,” they were quickly shushed. This world doesn’t do Drew Barrymore slander. Not when she’s been through the hell of a very publicly traumatic childhood and come out gloriously glowing and grateful on the other side.

u201cIu2019m not even trying to be dramatic but you can tell Drew Barrymore thought she was going to die young and now my good sis is just living life the way she was meant to.u201d

Those of us who grew up alongside her remember. The assumption was that there would be a terrible ending to the tragic road she was headed down. The fact that she is here, not just surviving but thriving, is a sign of hope we can all appreciate.

May we all find as much joy in simple things as Drew Barrymore. Just imagine how much better the world would be if we all followed in her rain-soaked footsteps.

u201cthere are some people in this world who have infectious energy… drew barrymore is one of them.nnher life could’ve continued as it was & been absolutely tragic. the fact that she’s such a bubbly, positive, happy, healthy person who takes joy in damn near everything is beautiful.u201d